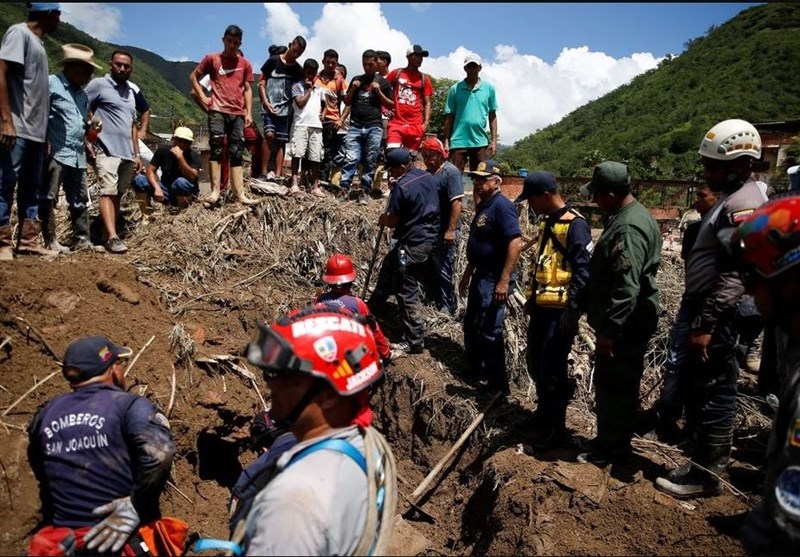 TEHRAN (Tasnim) – The Iranian Foreign Ministry’s spokesperson expressed sympathy with Venezuela over the casualties of heavy floods and landslides across the South American nation.

In a message on Tuesday, Nasser Kanaani offered Iran’s sympathy to the Venezuelan government, nation and families of victims of the floods and landslides, which have resulted in several dead and missing.

At least 25 people died and 52 were missing after five small rivers in central Venezuela flooded due to heavy rains.

The downpour on Saturday night swept large tree trunks and debris from surrounding mountains into the community of Tejerias, 40 miles (67 kilometers) southwest of Caracas, damaging businesses and farmland.

Officials say that a month’s worth of rain had fallen in just eight hours and pumps used to power the community’s drinking water system were carried away in the flood waters.

President Nicolas Maduro said in a tweet that he had designated the area a disaster zone and had declared three days of mourning.