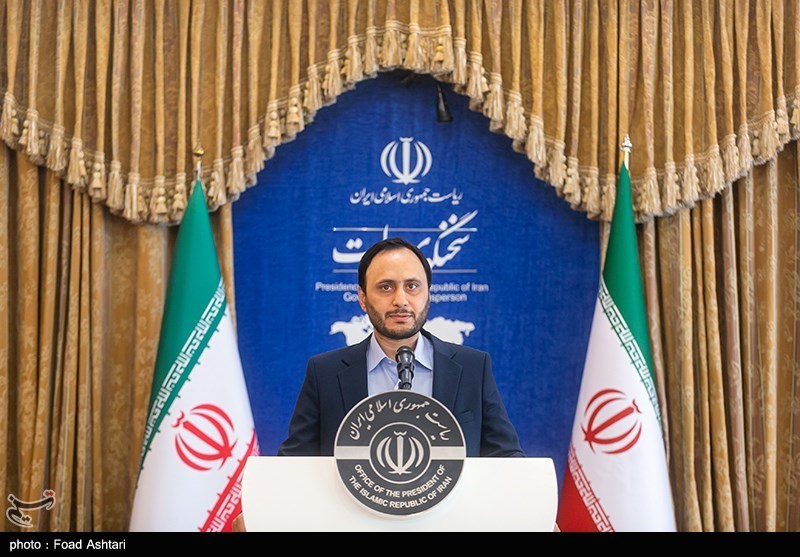 TEHRAN (Tasnim) – The Iranian Interior Ministry has been instructed to draw up a plan for better organizing peaceful protests and rallies, the spokesperson for the administration said.

Speaking at a press conference on Tuesday, Ali Bahadori Jahromi described the recent riots in Iran as part of “organized and terrorist activities” which revealed that the enemies and opponents of the Islamic Republic have plans to seize every opportunity to damage the Iranian people’s rights and security and the country’s stability.

Stressing the need to pave the way for raising the issue of criticism, protests and free thinking conventions in Iran, the spokesman said the Supreme Council of the Cultural Revolution has heeded the advices given by Leader of the Islamic Revolution Ayatollah Seyed Ali Khamenei about the necessity for debates at elite centers and has passed a bill on the establishment of ‘house of free debate’ at universities.

The first such house has been set up at the University of Tehran with the participation of 90 professors, he added.

Bahadori Jahromi said the issue has been considered in the public sector as well.

“Peaceful rallies have been customary in the country and have been held, but in order to better organize these gatherings and provide better services, the Interior Ministry has been tasked with submitting a proposal for better holding of the rallies to make them yield results,” he explained.

On Monday, the IRGC commander said the enemies that are infuriated by and try to downplay the Islamic Republic’s achievements have resorted to evil plots to foment riots in Iran.

Last week, Ayatollah Khamenei said the role of arrogant powers’ policies in the recent bitter events in Iran was obvious.

“And now for a few words about recent events. The first thing I would like to state is that in the events that have taken place over these last few days, the officers working in the country’s law enforcement, the Basij, and the Iranian nation have been wronged more than anyone else. They wronged us. Of course, the Iranian nation was present and very strong in this event too, as it has been in other events, and it will continue to do the same in the future too. In the future, whenever the enemies plan on creating unrest anywhere, it will be the courageous and faithful people of Iran who will stand up to them the most. They will be the ones who will have the most influence. They will come onto the scene as they have done before,” the Leader said.