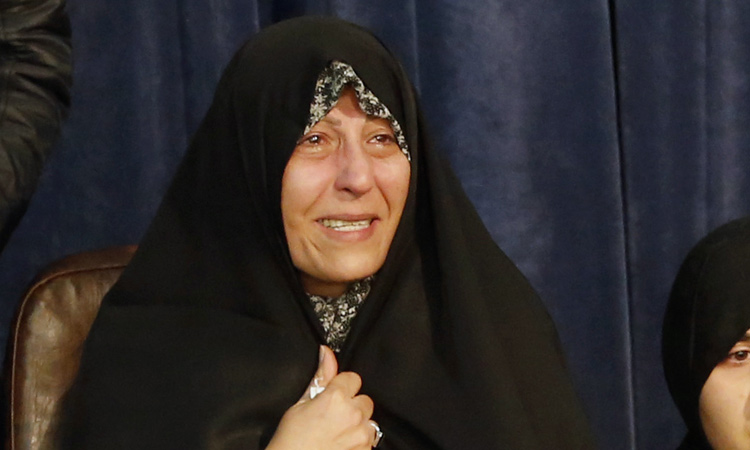 The activist daughter of former Iranian president Akbar Hashemi Rafsanjani has been sentenced to five years in prison, her lawyer said on Tuesday.

The lawyer did not give details of the charges against Faezeh Hashemi. But Tehran’s public prosecutor indicted Hashemi last year on charges of “propaganda against the system”, according to the semi-official ISNA news agency.

State media in September reported she had been arrested for “inciting riots” in Tehran during protests triggered by the death of a young Kurdish woman in police custody.

The demonstrations have posed one of the biggest challenges to Iran’s clerical rulers since the 1979 revolution.

“Following the arrest of Ms. Faezeh Hashemi, she was sentenced to five years in prison but the sentence is not final,” defence lawyer Neda Shams wrote on her Twitter account.

In 2012, Faezeh Hashemi was sentenced to jail and banned from political activities for “anti-state propaganda” dating back to the 2009 disputed presidential election. Her father died in 2017.

Former president Rafsanjani’s pragmatic policies of economic liberalisation and better relations with the West attracted fierce supporters and equally fierce critics during his life. He was one of the founders of the Islamic Republic.