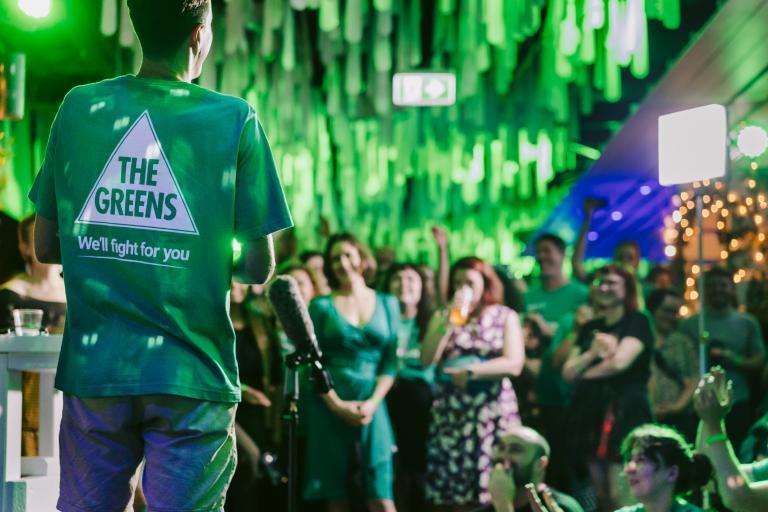 Australian Greens Senator Jordon Steele-John has today written to the Iranian Ambassador stating his political sponsorship of Majid Kazemi following the Iranian authorities sentencing him to death on 9th January 2023.

The Iranian diaspora in Australia is greatly concerned for Majid Kazemi, as the Iranian authorities have continued to carry out executions of people who joined protests following Jina Amini’s death. The United Nations Human Rights office has said that the recent executions of Mohammad Mahdi Karami and Seyed Mohammad Hosseini followed “unfair trials based on forced confessions”.

The community is desperately calling for more to be done to show Iranian authorities that these abhorrent acts will not be tolerated.

As stated by Senator Steele-John, spokesperson for Foreign Affairs, Peace and Nuclear Disarmament:

“Every day we wake up to the news that more Iranian freedom protestors have been sentenced to death. This must end. The international community must keep putting pressure on Iranian authorities to free those innocent civilians who are subject to fatal penalties because they were crying out for freedom in their country.”

“Today I have written to the Iranian Ambassador, stating my political sponsorship of Majid Kazemi. Majid Kazemi has family in Australia and he was sentenced to death on 9th January 2023.

“The Australian Government’s response to Iran since Jina Ahmini’s death in September 2022 has been too slow and has fallen short of what the community is asking for.

“The Australian Greens are calling on the Australian government to expand the Magnitsky sanctions, including financial asset freezing and further visa bans on people linked to the Iranian regime including key security officials, Basiji Militia, the Islamic Revolutionary Guard Corp and the morality police.

“The Iranian diaspora community has been calling for the Islamic Revolutionary Guard Corps to be listed as a terrorist organisation, and the Australian Government must start listening. This would send a strong signal that Australia will not stay silent in the face of human rights abuses and will act to punish perpetrators who are accountable for these heinous crimes.