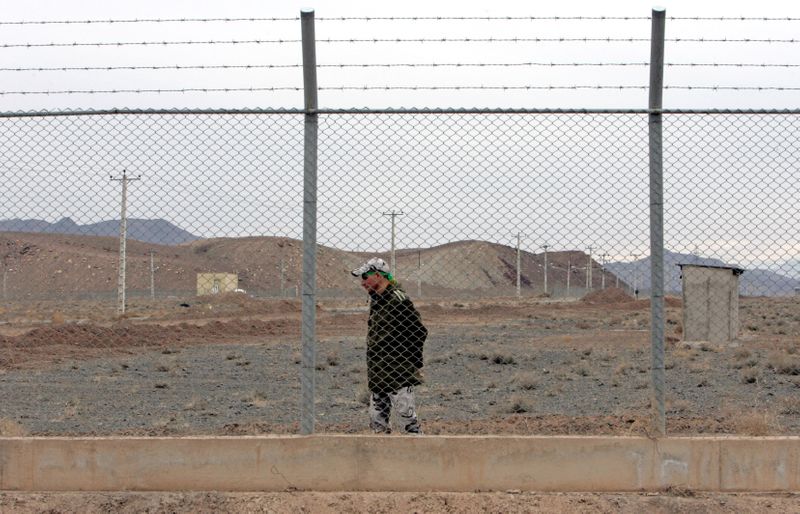 DUBAI (Reuters) – Iran’s policy in talks with world powers to revive the 2015 nuclear accord will remain unchanged after a June 18 presidential election because the issue is decided by its highest leadership, a government spokesman said on Tuesday.

A host of barriers to the revival of the nuclear deal remain firmly in place ahead of talks due to resume this week, suggesting a return to compliance with the accord is still a way off, diplomats, Iranian officials and analysts said.

“We have shown that we adhere to our international obligations under all circumstances, and this was a national decision,” cabinet spokesman Ali Rabiei told a weekly news conference.

Rabiei said Iran’s nuclear policy, set by Supreme Leader Ayatollah Ali Khamenei, is not linked to internal developments and that the new government would maintain the same policies as those followed in the Vienna talks which began in April.

“As long as all parties to the nuclear accord abide by their commitments, they can be sure that Iran will not abandon its obligations,” Rabiei said.

Former U.S. President Donald Trump withdrew from the deal in 2018, prompting Iran to steadily overstep the accord’s limits on its nuclear programme.

With a hardline-led election watchdog barring leading moderate and conservative candidates, the turnout is likely to be low in seven-man race between hardline and somewhat less hardline candidates, and two low-profile moderates.

The candidates took part in a televised debate on Tuesday and sparred on issues including ways of saving the nuclear deal and lifting U.S. sanctions that have devastated Iran’s economy.

The leading moderate candidate, Abdolnaser Hemmati, accused hardliners of seeking to heighten tensions with the West through a militant foreign policy, while conglomerates they control rake in large sums by circumventing sanctions.

“I face a tendency which wants to turn the White House into a Hosseinieh (Shi’ite prayer hall) instead of developing Iran,” said Hemmati, a former central bank chief. “They benefit from the sanctions by raising the cost of our transactions by 20%.”

Saeed Jalili, a hardline diplomat, rejected Hemmati’s warning about radicals seeking a confrontation with the West as “imaginary”.

He accused instead the government of outgoing pragmatist President Hassan Rouhani of wasting time by “constantly waiting on a few other countries, one time Trump was the excuse, another time the nuclear deal”.

Judiciary head Ebrahim Raisi, seen as the leading hardline candidate, said: “Any government that takes over should work towards ending the oppressive sanctions, but there should also be practical measures to neutralise the sanctions.”

Iranian leaders say sanctions can be neutralised by circumventing them or by boosting local production.