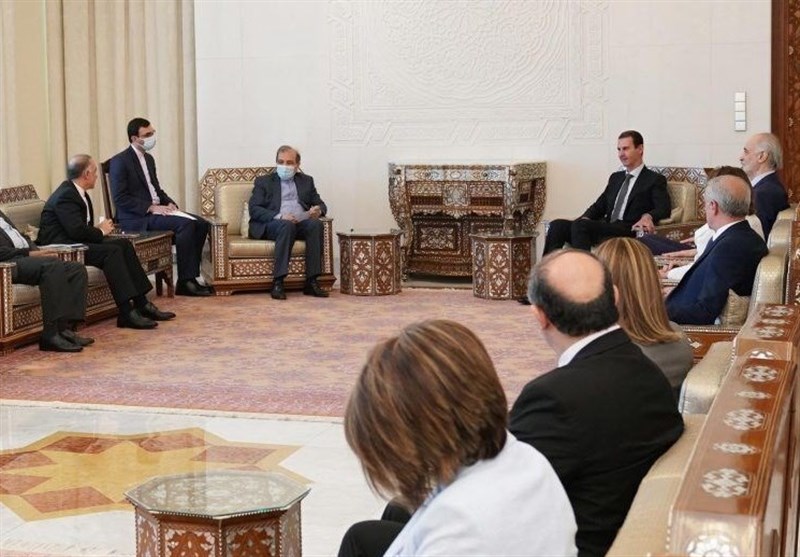 Senior adviser to the Iranian foreign minister for special political affairs Ali Asghar Khaji assured Syria that Tehran will continue to assist the Arab country in the fight against terrorism and in the post-war reconstruction process.

Khaji on Monday held a meeting with Syrian President Bashar al-Assad in Damascus, where they discussed ways to promote cooperation between the two countries in various areas.

The Iranian diplomat said the high turnout of the Syrian people in the country’s last month presidential election, which led to Assad’s landslide victory and winning his fourth seven-year term, conveyed a clear message of their strong will.

Khaji also gave an assurance that Iran will continue to support the Syrian government and people in the battle against terrorism.

He reiterated Iran’s readiness to play an active role in the reconstruction of Syria and to support its economy in different sectors in a way that eases the burdens of the unjust Western blockade on the Arab country’s people.

For his part, Assad congratulated the successful presidential election in Iran earlier this month, which dealt a new blow to all forces that are trying to target the Islamic Republic’s security and safety, Press TV reported.

In the meeting, Assad and Khaji also exchanged views about strategic relations between Syria and Iran and underlined the important role played by the two countries’ joint committees to enhance cooperation in all areas, particularly in the economic sector to serve common interests of the two nations.

They also discussed regional developments and several issues of political concern, particularly the agenda of Astana meetings and stressed the importance of continuing political efforts to achieve positive results in Syria’s interest.

The Syrian president and the Iranian diplomat emphasized that the Syria Constitutional Committee should continue its work without any foreign intervention.