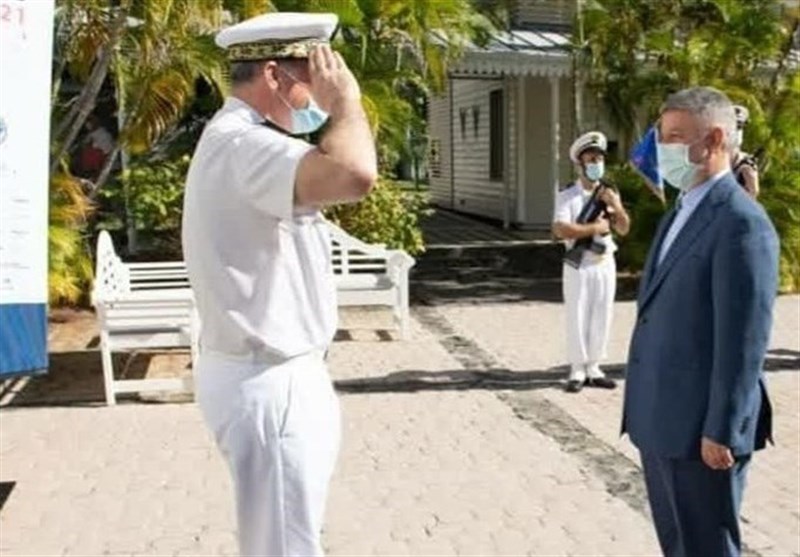 The Navy commanders of Iran and France held talks on the sidelines of a meeting of the Indian Ocean Naval Symposium (IONS) on the Reunion Island, a French department in the Indian Ocean.

Commander of the Iranian Navy Rear Admiral Hossein Khanzadi, who has traveled to Reunion Island to take part in the 7th edition of IONS, received an official welcome from Chief of Staff of the French Navy Amiral Pierre Vandier upon arrival on the island, located in the Indian Ocean near Madagascar, southeast of Africa.

In a short conversation with the commander of Navy of France, which hosts the conference, the Iranian Navy chief said the IONS provides an opportunity for consultations, synergy, and proposal of constructive ideas.

Rear Admiral Khanzadi also pointed to the compilation of the first ‘IONS tactical book’ by the Iranian Navy, describing it as a major and effective move in facilitating various naval operations for the navies of IONS members.

Iran is a permanent member of IONS and has held its 3-year presidency since 2018.

The IONS is a voluntary initiative that seeks to increase maritime cooperation among navies of the littoral states of the Indian Ocean Region by providing an open and inclusive forum for discussion of regionally relevant maritime issues.