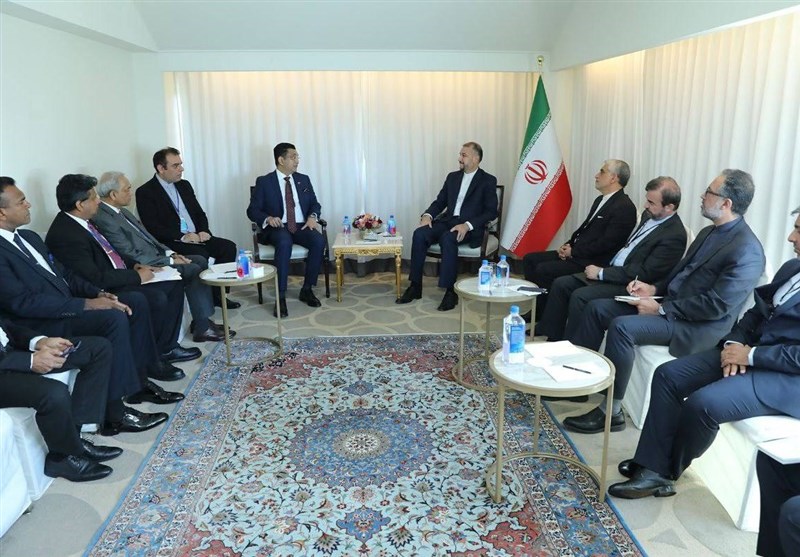 The top Iranian diplomat and his Sri Lankan counterpart Ali Sabry met on the sidelines of the UN General Assembly in New York on Sunday to talk about issues of mutual interest, including the latest developments in the region and bilateral ties.

The foreign minister also welcomed the greater activity of the Iranian private sector in infrastructural projects of Sri Lanka and expressed hope that the relations between the two countries and their cooperation in the fields of economy, trade and technical and engineering services would grow.

He stressed that Iran sees no limit to the expansion of relations with Sri Lanka.

For his part, the Sri Lankan foreign minister welcomed the progress in Iran’s nuclear negotiations and said he is pleased with mutual cooperation on the international stage and the presence of Iranian companies and their participation in some infrastructural projects in his country.

He also underlined the political will of the Sri Lankan government to remove the obstacles to the expansion of relations with Iran.