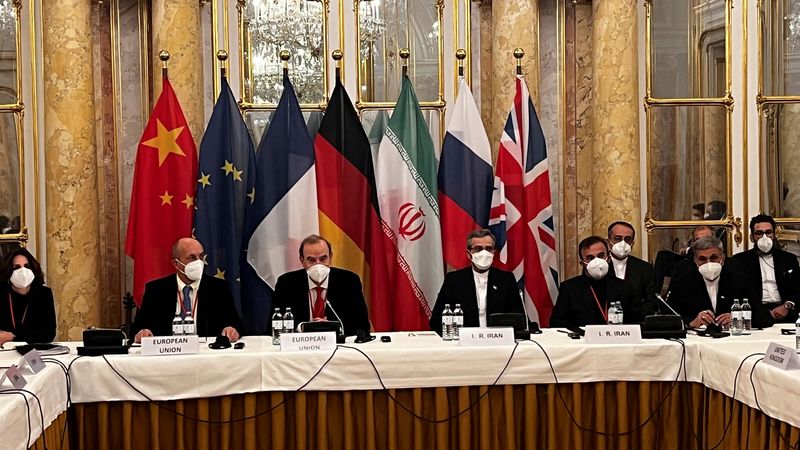 VIENNA (Reuters) – The remaining parties to the 2015 Iran nuclear deal plan to meet on Friday at 1300 GMT to adjourn talks on salvaging that deal, three diplomats said on Thursday.

The indirect talks between Iran and the United States on bringing both back into full compliance with the deal are in their seventh round. One of the diplomats said they were due to resume on Dec. 27 while another gave a time frame between Christmas and the New Year.