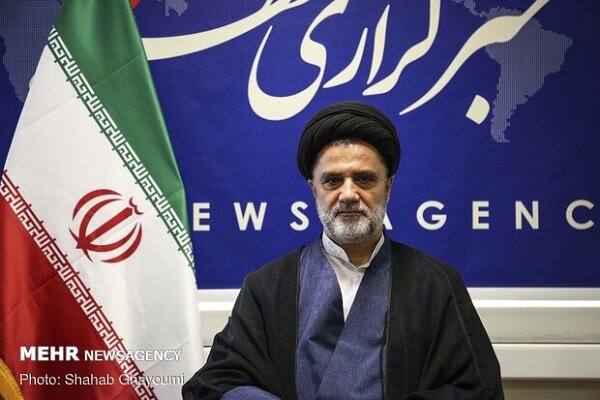 The Westerners were seeking to undermine Iran’s nuclear industry, Hojjatoleslam Seyyed Mahmoud Nabavian said in an interview with Mehr News Agency, adding that many of Iran’s nuclear activities were stopped under JCPOA, but ultimately they did not lift the sanctions on Iran.

He went on to say that the Islamic Republic of Iran accepted beyond Safeguards Agreement in accordance with the JCPOA, and in return, it was decided that the Westerners lift the sanctions on Iran.

But they (Westerners) did not fulfill their commitments, he added.

Therefore, the International Atomic Energy Agency (IAEA) is not entitled to demand more than the Safeguard Agreement, Nabavian stressed.

The cooperation between Iran and the IAEA must be within the framework of the Safeguard Agreement, and Iran does not accept any obligation beyond that agreement, he explained.

Western countries are not trustworthy, he said elsewhere in his remarks, stressing that Iran should not link its economy to JCPOA and the Westerners.

Iran and the remaining signatories to the JCPOA have held six rounds of talks so far with no results. The Western powers made excessive demands during the talks and the talks were postponed at the end of the previous Iranian administration under Rouhani until the formation of the new government in Iran under President Ebrahim Raeisi.

The new Iranian administration has vowed that it will return to the Vienna talks if they are result-oriented and can yield tangible results for Iran in terms of the removal of the sanctions and abidance of the parties by the JCPOA provisions.