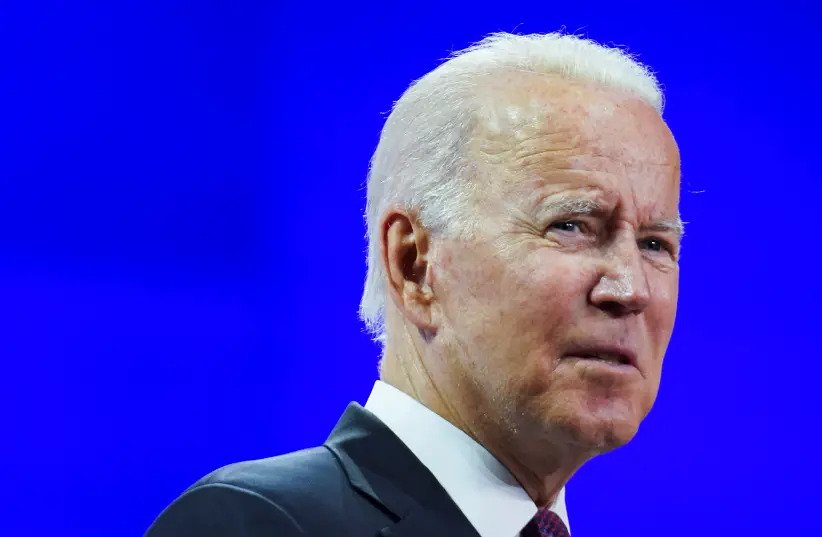 The US Treasury has issued new sanctions against Iran’s drone program in the aftermath of an attack against US forces in Syria.

The United States will respond to any Iranian drone strike and or any steps by Tehran against American interests, US President Joe Biden said on Saturday, after talks with the major European powers, on diplomatic measures to halt the Islamic Republic’s nuclear ambitions.
“With regard to the issue of how we’re going to respond to actions taken by them against the interests of the United States — whether they’re drone strikes or anything else — is we’re going to respond, and we’re going to continue to respond,” Biden told reporters in Rome, in advance of his trip to the United Nations Climate Change Conference in Glasgow.
On Friday, the US Treasury issued new sanctions against Iran that specifically targeted the Islamic Revolutionary Guard Corps (IRGC) drone program in the aftermath of the Iranian drone attack earlier in October against a US military base in Syria.
The US Treasury said the IRGC has been providing unmanned aerial vehicles (UAVs), or drones, for use by Iran-backed groups, including Lebanese militant group Hezbollah, and in crisis-hit Ethiopia.
The move is part of the diplomatic tightrope the Biden administration has walked with regard to Iran as it continues to act against Tehran’s military threats even as it seeks to revive the 2015 nuclear deal, which the former Trump administration exited in 2018.
The latest round of indirect talks to revive the deal, known as the Joint Comprehensive Plan of Action (JCPOA), are expected to be held at the end of November. The JCPOA was signed by Tehran and the six world powers, including the US, Russia, China, France, Germany and the United Kingdom.
On the sidelines of the G20 summit in Rome on Saturday, Biden met with the leaders of the European signatories to the deal, British Prime Minister Boris Johnson, German Chancellor Angela Merkel and French President Emmanuel Macron.
“We came together to reiterate our shared belief that diplomacy — diplomacy is the best way to prevent Iran from gaining a nuclear weapon, and we discussed how best to encourage Iran to resume serious, good-faith negotiations,” Biden said.
The success of the negotiations for the deal’s revival will depend in part on whether the other signatories will be willing to credibly threaten Iran with sanctions should it refuse to resume the deal, Biden said.
The JCPOA revival “is going to depend on their [Iranian] action and the willingness of our friends, who are part of the original agreement, to stick with us and make sure there’s a price to pay economically for them if they fail to come back,” Biden said.
In an interview with CBS, US Secretary of State Antony Blinken said that the Biden administration would pursue other options should the Iran talks fail.
“Every option is on the table,” Blinken said. “The President is very much prepared to take whatever action is appropriate at a time and place of our choosing by whatever means are appropriate to prevent and stop Iran from engaging in these activities or its proxies engaging in these activities.”
Of particular concern, he said, is Iran’s continued advancement toward the production of fissile material for a nuclear weapon. “Iran, unfortunately, is moving forward aggressively with its program,” he said.
Blinken also questioned the effectiveness of the JCPOA, if delays in the talks continued.
“The other thing that’s getting shorter is the runway we have where, if we do get back into compliance with the agreement and Iran gets back into compliance, we actually recapture all of the benefits of the agreement.  Iran is learning enough, doing enough, so that that’s starting to be a problem,” Blinken said.
“We still believe diplomacy is the best path forward for putting the nuclear program back in the box it had been in under the agreement, the so-called JCPOA,” Blinken said.
Iran’s foreign minister said on Sunday that if the United States was serious about rejoining the deal, Biden could just issue an “executive order,” a state-owned Iran newspaper reported.
“It is enough for Biden to issue an executive order tomorrow and they [US] announce they are rejoining the pact from the point where his predecessor left the deal,” Iranian Foreign Minister Hossein Amirabdollahian told the Iran daily.
“If there is a serious will in Washington to return to the deal, there is no need for all these negotiations at all.”
Tehran has said its nuclear steps since Trump abandoned the accord, saying it was flawed to Iran’s advantage, are reversible “if Washington lifts sanctions in a verifiable process.”
Concerned about Iran now enriching uranium close to bomb-grade level of fissile purity, Western powers have repeatedly urged Tehran to resume talks, saying the diplomatic window would not stay open forever.
“Washington wants to continue a large part of the sanctions that Trump imposed on Iran. This is unacceptable for Iran,” Amirabdollahian said.
Iran denies any intention to develop nuclear bombs.
Holding up progress towards restoring the deal are sharp US-Iranian disagreements over which steps need to be taken and when. Key issues include what nuclear limits Tehran will accept and what sanctions Washington will remove.
In addition to seeking the lifting of Trump-era sanctions, including those related to Iran’s record on human rights and alleged support for terrorism, Tehran has other demands such as assurances that Washington will not renege on the deal again.