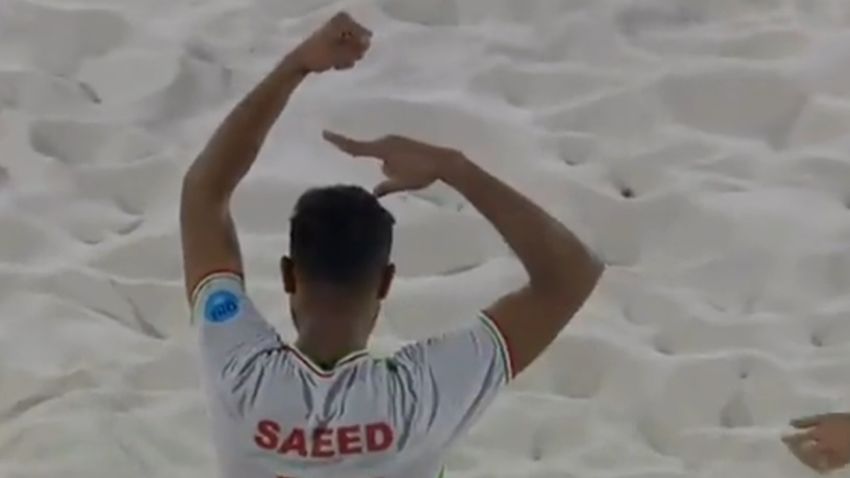 An Iranian court has issued the first death sentence linked to recent protests, convicting the unnamed person of “enmity against God” and “spreading corruption on Earth,” state media reports.

It comes following weeks of nationwide demonstrations, sparked by the death of Mahsa Amini in September.

Iran’s Revolutionary Court issued the sentence to a protester who allegedly set fire to a government building, reported state media.

They were convicted on the charge of “disturbing public order and peace, community, and colluding to commit a crime against national security, war and corruption on Earth, war through arson, and intentional destruction,” according to state news agency IRNA on Sunday.

Five others who took part in the protests received sentences of five to 10 years in prison, convicted of “collusion to commit a crime against national security and disturbance of public peace and order.”

IRNA added that these decisions are preliminary and can be appealed. The news agency did not name the protester who received the death sentence or provide details on when or where they committed the alleged crime.

An Iranian court issued the first death sentence to a protester, as authorities have cracked down on those involved in anti-regime demonstrations sparked by the death of Mahsa Amini.

Iran has been rocked by anti-regime protests since September in the greatest demonstration of dissent in recent years, sparked by outrage over the death of Amini, a 22-year-old Kurdish Iranian woman who had been detained by the morality police for allegedly not wearing her hijab properly.

Iranian authorities have since unleashed a brutal crackdown on protesters, having charged at least 1,000 people in Tehran province for their alleged involvement.

Security forces have killed at least 326 people since the protests began two months ago, according to the Norway-based Iran Human Rights NGO.

That figure includes 43 children and 25 women, the group said in an update to its death toll on Saturday, saying that its published number represented an “absolute minimum.”

CNN cannot independently verify the figure as non-state media, the internet, and protest movements in Iran have all been suppressed. Death tolls vary by opposition groups, international rights organizations and journalists tracking the ongoing protests.

Despite the threat of arrests – and harsher punishments for those involved – Iranian celebrities and athletes have stepped forward to support the anti-government protests in recent weeks.

On Friday, United Nations experts urged Iranian authorities “to stop indicting people with charges punishable by death for participation, or alleged participation, in peaceful demonstrations” and “to stop using the death penalty as a tool to squash protests.”