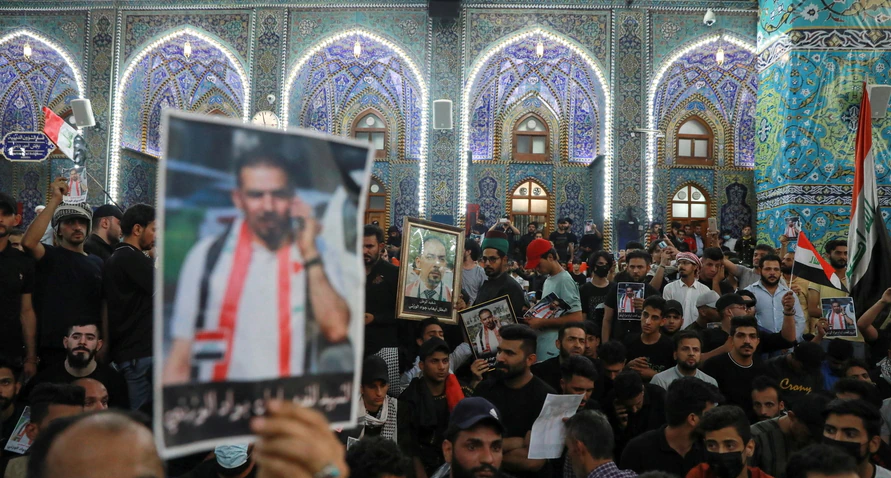 BAGHDAD (AP) — Protesters set fire to trailers belonging to Iran’s consulate in Karbala on Sunday amid widespread anger over the killing of a prominent activist in the Iraqi city.

Ehab Wazni, who was active in the organization of anti-government protests that swept Iraq in October 2019, was shot overnight outside his home by unknown assailants.

His death sparked daylong protests in Karbala that saw demonstrators block roads and bridges with burning tires. Then Sunday night, dozens of protesters gathered outside the Iranian consulate, burning tires in front of the building and setting fire to several trailers parked outside, according to police officials and videos posted online.

Similar scenes played out in November 2019 during protests in Baghdad and Iraq’s majority-Shiite provinces in the south, with protesters on at least one occasion scaling concrete barriers ringing the Iranian consulate in Karbala to bring down Iran’s flag and replace it with the Iraqi flag.

The popular protests that began in October 2019 and lasted for months were directed at a postwar political system and a class of elite leaders that Iraqis accuse of pillaging Iraq’s wealth while the country grows poorer. But protesters have also directed their rage at neighboring Iran and the powerful Iraqi Shiite militias tied to it.

The protests in Karbala, Baghdad and cities across southern Iraq often turned violent, with security forces opening fire and protesters torching government buildings and headquarters of Iran-backed militias. Hundreds were killed, including the assassination of activists.

The protests have been largely dormant since the coronavirus pandemic.