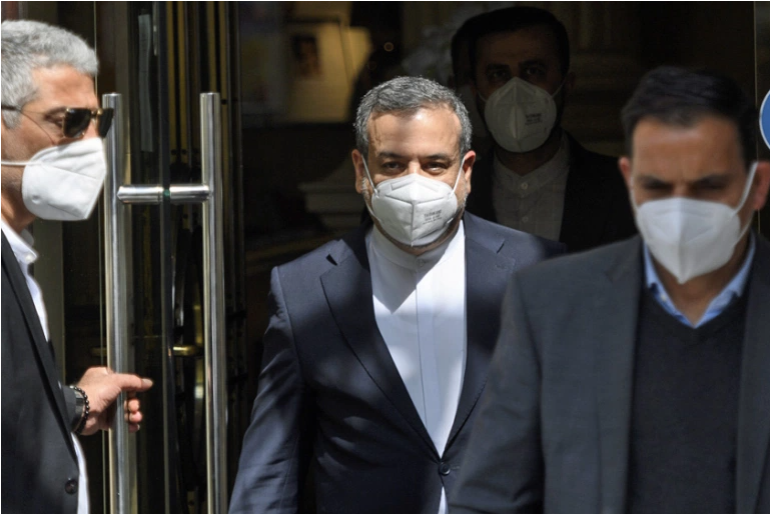 Tehran, Iran – Iran’s foreign ministry says a state television report on prisoner swaps with the United States cannot be confirmed as a political rift widens ahead of presidential elections in June.

Foreign ministry spokesman Saeed Khatibzadeh said on Monday that the report could not be confirmed and that the issue of swapping prisoners is being reviewed by both sides.

The state-run broadcaster had quoted an unnamed official on Sunday as saying four Iranian prisoners held in the US for circumventing sanctions would be swapped with four American dual nationals in Iran, and $7bn in frozen Iranian funds will be released.

Khatibzadeh added that Iran continues to stand by its demand to unfreeze all its assets that are blocked in several countries because of unilateral US sanctions.

Both the US Department of State and the British Foreign Office rejected the state TV report on Sunday.

Zaghari-Ratcliffe, who recently completed a five-year sentence on spying charges, received another one-year sentence and was put on the no-fly list last week on charges of spreading “propaganda against the system” for participating in a protest in front of the Iranian embassy in London in 2009.

UK Foreign Secretary Dominic Raab said on Sunday he believes Zaghari-Ratcliffe is being held “unlawfully” and her treatment amounts to “torture”.

The Iranian foreign ministry’s spokesman said on Monday no legal negotiations are under way between the foreign ministries on the dual national, and that comment on the case would be left to the judiciary.

Iran does not formally recognise dual citizenship and rejects accusations that it engages in hostage-taking for political gains, saying its judiciary is independent.

The latest hardline-controlled state TV report comes as a slew of other news stories citing unnamed “informed sources” have aired in recent weeks as Iran and world powers continue talks in Vienna to restore the country’s 2015 nuclear deal that was abandoned by the US in 2018.

The reports have been so contradictory to the official line by the foreign ministry that in late April, Iran’s top negotiator Abbas Araghchi directly criticised the state broadcaster’s English-language channel in a tweet.

“I don’t know who the ‘informed source’ of Press TV in Vienna is, but s/he is certainly not ‘informed’,” he wrote.

The administration of moderate President Hassan Rouhani has been under constant fire by hardliners who have become increasingly emboldened by the US withdrawal from the nuclear deal and the imposition of harsh sanctions on Iran.

After the supreme leader’s speech, in which he said the foreign ministry is an executor, not a designer of foreign policy, Zarif apologised for his comments that he said disturbed Khamenei’s peace of mind.