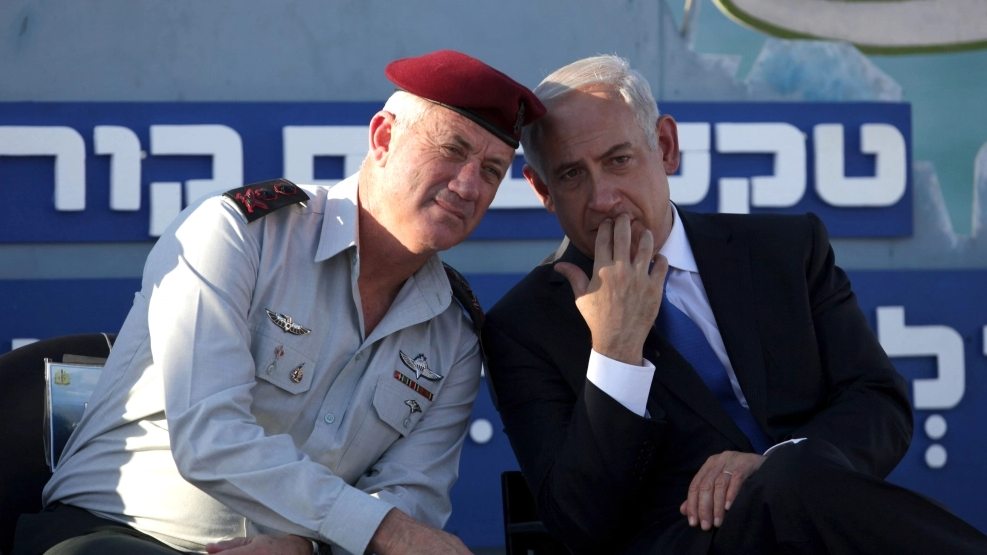 US President Joe Biden is pushing to reinstate Iran’s nuclear deal and weeks of talks in Austria appear to be bearing fruit.

Israel, however, continues to see its security jeopardised by a potentially nuclear Iran and is trying to thwart negotiations any way possible.

The Mossad spy agency chief Yossi Cohen – a close confidant of Prime Minister Benjamin Netanyahu – met Biden on Friday and, according to one media report, pressed the US president not to sign back on to the nuclear accord unless “improvements” were made.

An unnamed senior Israeli official is quoted as saying Biden responded that the United States “is not close” to returning to the Iran deal, Axios reported.

Israel’s opposition to the nuclear agreement seems to go beyond words, however, with Iran accusing it of assassinating its top nuclear scientist and sabotaging its main nuclear facility Natanz in a series of attacks. Israel has neither confirmed nor denied its involvement.

Simon Mabon, a professor of international politics at Lancaster University, told Al Jazeera that within Israel, and particularly in the government, hawkish elements will continue to play a leading role moving forward on Tehran’s nuclear programme.

“Those supporting Netanyahu’s view of the Iranian regime are steadfast in their view that the Islamic Republic cannot be deterred through conventional forms of deterrence and a military strike is needed,” said Mabon.

Yaniv Voller, senior lecturer in Middle East politics at the University of Kent, said Israel’s efforts against Iran’s nuclear programme – often described as “the shadow war” – are likely to continue given the positive events in Vienna after Tehran’s recent negotiations with world powers on the nuclear accord.

“This could be reminiscent of summer 2006, but with the potential to being even more devastating. Neither side has an interest in escalating the situation but, naturally, conflicts sometimes do spiral.”

Israel’s history does indicate a proclivity for potential preemptive attacks to protect itself, however, and such a move cannot be ruled out if a new nuclear deal is concluded, Voller added.

“There are those in Israel who call for a preemptive strike. However, there are also no less influential voices that point out the risks and challenges,” he said.

He argued that, as the latest incidents have shown, Israel’s option to target the programme effectively is much broader than a mere preemptive attack.

After 12 years of talks, the United States, United Kingdom, China, Russia, and France as well as Germany adopted the Joint Comprehensive Plan of Action (JCPOA) in 2015 to monitor and limit Iran’s nuclear programme.

In exchange, the United Nations, European Union, and US gradually lifted their devastating economic sanctions against Iran.

Netanyahu opposed the deal ab initio and even ignored Israel’s traditional bipartisan stance on US politics when he addressed the US Congress, taking aim not only at the JCPOA but also then-US President Barack Obama.

However, besides becoming persona non grata to many Democrats and Obama, Netanyahu did not achieve his goal.

On April 2, 2015, the actors involved agreed to the JCPOA. Tehran would henceforth be subjecting its nuclear programme to inspections until 2025.

Obama called the deal “historic” while Netanyahu called it a “mistake of historic proportions”.

Netanyahu’s stance was not a surprise as the deal included rather controversial aspects that were difficult to reconcile with Israel’s ​​security concerns.

Moreover, while the JCPOA extended the time it takes Iran to manufacture a nuclear weapon, it did not eliminate Iran’s future nuclear capabilities since the regime had already obtained the required know-how and Iran was allowed to maintain its nuclear infrastructure.

It raises the question of what the 2015 JCPOA did achieve.

“The original JCPOA did postpone Iran’s nuclear arms programme. Moreover, it also exposed Iran’s weakness to international pressure, as even if Iran indeed tried to utilise the agreement to gain time, it did so because the sanctions were detrimental to its economy,” said Voller.

For Israel, however, this was insufficient. 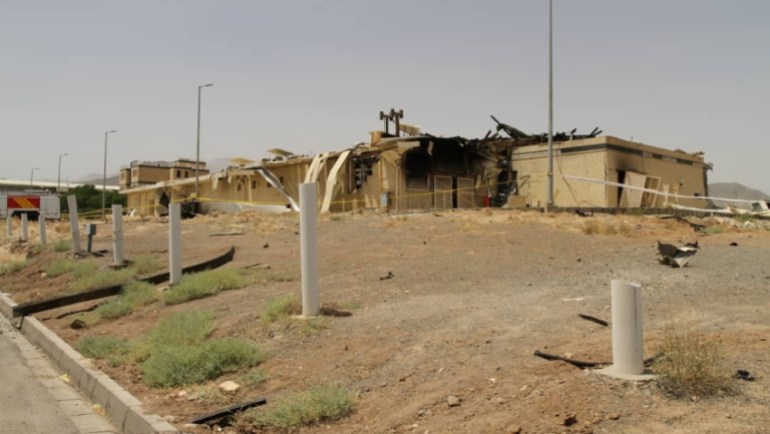 Unsurprisingly, Netanyahu applauded US President Donald Trump’s withdrawal from the deal in 2018 – albeit the pull-out allowed Iran to expand its nuclear stockpile as well as decrease the time it now needs to become a nuclear power.

But with Biden’s victory in November, the JCPOA is now back on the table.

“Like all other actors involved, it seems that Washington mainly wishes to win time, with the hope that by delaying Iran from acquiring nuclear weapon capability long enough, it might see a change in the regime,” Voller said.

“Most people in Washington are not interested in seeing Iran becoming a nuclear power, which might start a nuclear arms race in the Middle East.”

However, just like the 2015 JCPOA, the US plan to revitalise the accord is not satisfactory for Israel, said Mabon.

“Much like Arab Gulf states, the Israeli leadership views the JCPOA with great concern, fearing that the agreement is insufficient in preventing the enrichment of uranium.”

Israel’s continued opposition raises the question of whether the JCPOA is being utilised as a political stunt by Netanyahu, or whether it indeed poses a threat to Israel’s security.

This question is difficult to assess and the topic in Israel may be more complicated than Netanyahu makes out, Mabon said.

“Israeli officials routinely argue that Iran’s nuclear ambitions pose an existential threat to the state. Yet, Israeli views of the Iranian nuclear programme are more complex than initially perceived. Numerous high-ranking officials from state security institutions have spoken out against the belligerent rhetoric employed by Netanyahu, claiming that threats have been exaggerated,” he said.

Voller shares this sentiment. “The Israeli security establishment is not a monolith. Israeli voices were calling on Netanyahu to engage with the original JCPOA, under the assumption that it buys Israel time.”

Voller also emphasised the main issue a “JCPOA 2.0” will have to address.

“Israel saw, and continues to see, the JCPOA as a path leading toward a nuclear [armed] Iran,” he said.

One cannot be surprised by Israel’s reluctance with the deal. Iran’s current violations of the agreement are exacerbating this concern further, albeit the moves could be to gain leverage, not for sinister intentions, Mabon argued.

“While Iran has regularly pushed back against IAEA inspectors, this is perhaps more part of broader posturing ahead of a new round of talks,” he said. “In this vein, it seems clear that all parties with a vested interest in this issue are trying to position themselves in the strongest possible way ahead of future talks.”

Tehran has routinely denied the pursuit of nuclear weapons, and its track record regarding transparency has been criticised.

Israel – with an undeclared nuclear weapons arsenal of its own – has questioned why the country with the world’s fourth-largest oil reserves and the second-largest natural gas reserves remains so focused on an alleged civil nuclear programme to secure the country’s energy.

For Israel, the question still stands whether Iran can be trusted to not use its nuclear latency – the technological ability to develop a nuclear weapon in a short time.

Netanyahu remains convinced Iran will continue to strive for nuclear weapons and has never wholly ceased its efforts. For Israel, merely buying time and hoping for regime change cannot be the last resort.

“As we have seen in the past few weeks, the Obama-initiated JCPOA did not prevent Iran from becoming a nuclear threshold state,” said Voller.

“Whether a nuclear Iran poses an existential threat to Israel has been, of course, a subject of heated debate, inside and outside of Israel. But as far as the JCPOA goes, it seems that Israeli concerns regarding the agreement have proved rather accurate.”

Upcoming presidential elections in June could see Iranian hardliners take back the country from the reformists. In such a scenario, the questions surrounding Iran’s nuclear capabilities will become more pivotal than ever.

Netanyahu will rightfully recall how a previous hardliner, President Mahmoud Ahmadinejad, not only advanced Iran’s programme but openly referred to Israel as a “disgraceful blot” that should be “wiped off the face of the map“.

The West will have its hands full in Vienna if it seeks to reach a deal based on merely buying time. It seems for Israel the “fix it or nix it” credo will remain the essential condition and should not be ignored by Washington, analysts say.

Iran is an actor that has made no secret of its antipathy for Israel. The risk of a nuclear-armed Iran is a gamble for Israel as Iran’s upcoming election could again change dynamics in the Middle East significantly, observers suggest.