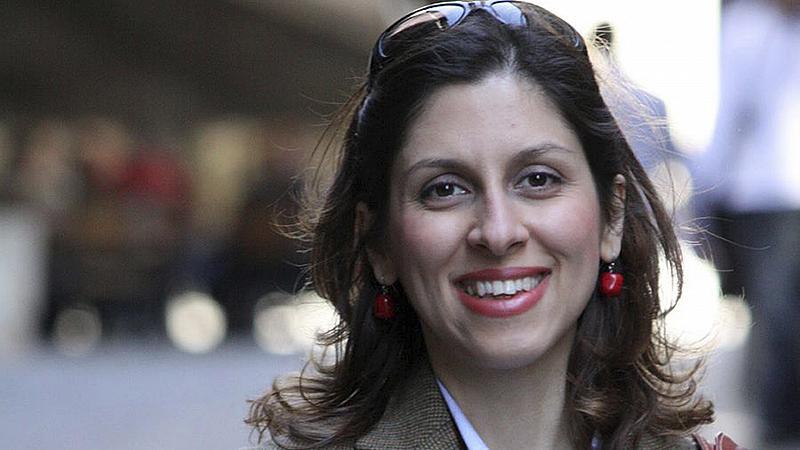 British officials played down a report that an agreement had been reached between Iran, the UK and Washington that would see Tehran receive billions of dollars in return for releasing hostages including British-Iranian woman Nazanin Zaghari-Ratcliffe

The Foreign Office said Sunday the country continues “to explore options to resolve this 40-year-old case and we will not comment further as legal discussions are ongoing.”

Iranian TV cited unnamed sources on Sunday claiming Washington would pay $7 billion for four Americans jailed in Iran and that the UK would pay £400 million for the release of Radcliffe, who was detained in 2016 and has been incarcerated ever since.

“Reports that a prisoner swap deal has been reached are not true,” Price said.

“As we have said, we always raise the cases of Americans detained or missing in Iran. We will not stop until we are able to reunite them with their families.”

The British foreign office said it would continue “to explore options to resolve this 40-year old case and we will not comment further as legal discussions are ongoing.’’

Richard Ratcliffe, the husband of Zaghari-Ratcliffe, told The Associated Press he was not aware of any swap in the works.

“We haven’t heard anything,” he said. “Of course we probably wouldn’t, but my instinct is to be sceptical at present.”

The re-engagement with Iran during talks with European officials in Vienna over its nuclear programme has raised hopes that Tehran may be more willing to release British and American detainees, especially since President Joe Biden replaced Donald Trump in the White House.

When the nuclear deal was originally signed in 2015, Tehran carried out a prisoner swap and there is optimism that it may do so again if it returns to the agreement.

But various Iranian factions are currently involved in a power struggle ahead of the June 18 election in the country, and the false report about the deal may be an effort by hardliners to undermine Iran’s moderate president, Hasan Rouhani.