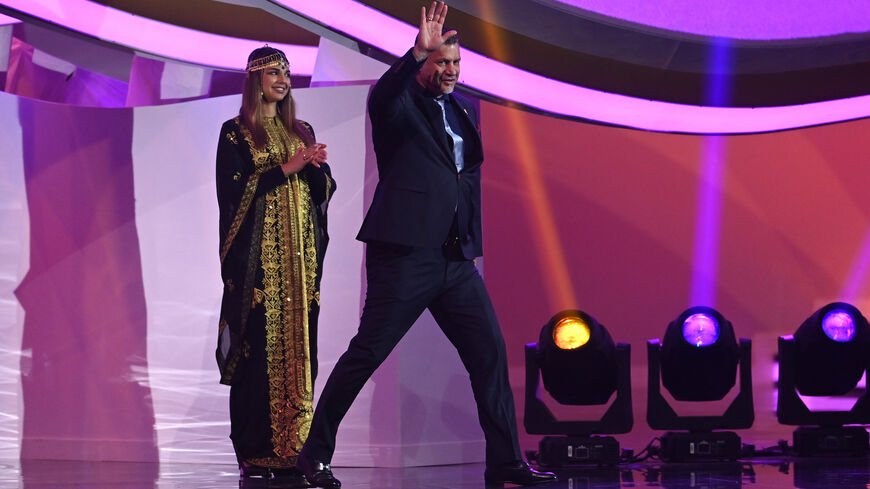 Iran’s most acclaimed soccer icon, Ali Daei, expressed shock and disbelief after the intelligence apparatus forced a civilian aircraft carrying his family to return halfway through its journey, blocking their departure from the country.

The Dubai-bound flight was ordered to land on the southern Iranian Kish Island on Monday. Authorities allowed the journey’s resumption only after removing Daei’s wife and daughter, according to multiple state-linked media outlets.

The reports cited unnamed judiciary officials as saying that Daei’s wife, Mona Farrokh-Azari, was banned over her solidarity with “riots,” a reference to an anti-government protest movement that has rocked Iran since mid-September. More specifically, they noted that the soccer legend’s wife had joined a three-day nationwide business strike earlier this month by closing her jewelry shop in the capital, Tehran. The Iranian judiciary had already sealed the shop as well as a restaurant linked to Daei over the civil disobedience campaign.

A widely popular figure in Iran, the outspoken Daei has been directing criticism toward the government repression in response to the unrest, which according to a leading rights monitor has left at least 507 people dead.

The move against Daei’s family came in line with a wider government clampdown that has targeted a long list of artists, athletes and celebrities who have sided with the protesters. While many are facing travel bans or have been repeatedly summoned, some have been sent behind bars, among them prominent actress Taraneh Alidoosti, who starred in the 2016 Oscar-winning film “The Salesman.”

In further justification of the plane saga, Iranian state media said the ultimate destination of Daei’s wife was the United States and that she had signed an obligation document to notify officials prior to any foreign trip.

Daei, however, dismissed both claims, saying there had never been any such formality and that his wife’s itinerary only included Dubai. He shared online a copy of her ticket indicating Jan. 2 as the return date.

“Were they arresting a terrorist?” Daei wondered in an interview with the moderate news website Tabnak. “I have to thank God that the plane was not hit by enemy missiles,” he sarcastically noted in an apparent hint to a Kyiv-bound passenger flight that Iranian forces shot down outside Tehran in 2020, killing all 176 people on board.

The forced landing and removal also sparked a massive backlash on social media, as many Iranians interpreted it as a new chapter in the establishment’s “boundless” suppression of dissenting voices.

“Last time such a thing happened in Iran was when an operation was carried out to arrest a dangerous criminal named Abdolmalek Rigi,” wrote Amir Reza Khadem, a wrestling champion and former chief of the Iranian Wrestling Federation. Khadem was referring to the leader of the outlawed Jundallah opposition group, which had waged a bloody militancy against the Islamic Republic from 2003 to 2011. In 2010, a Dubai-Bishkek jet was intercepted by Iranian intelligence forces and had to touch down in the country’s south, where Rigi was captured and later prosecuted and hanged.

“Seriously, was it that strategic to capture a person (Daei’s wife) whose only offense was closing her own shop?” Khadem added, drawing attention to how Iranian authorities handled the two different cases.