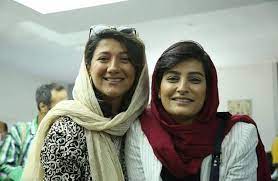 Hundreds of Iranian journalists are calling for the release of colleagues Niloofar Hamedi and Elaheh Mohammadi, who were arrested and sent to Tehran’s Evin prison for covering the death of Mahsa Amini, according to independent Iranian newspaper Etemad.

“Media freedom is not only the right of journalists but also of society,” read a statement released Sunday, signed by more than 300 Iranian journalists, photographers and media activists.

The arrests are the Iranian regime’s latest attempt to silence dissent, as it tries to suppress protests that have rocked the country in recent weeks.

“Our society has the right to know what is happening in a timely manner, without censorship or filter, and also has the right to question any person or institution that causes inefficiency, corruption or violates the law,” the statement continued.

“The great society of Iran will not be able to deal with the complex threats in today’s world without responsible citizens such as Niloofar Hamedi and Elaheh Mohammadi and other imprisoned journalists.”

The response came after Iranian intelligence on Friday accused the two journalists of having trained abroad and feeding information to foreign media outlets.

Iranian intelligence accused Hamedi of using her role as a journalist “as a cover” to stir dissent.

“She was one of the first people who arrived at the hospital [where Mahsa Amini was taken] and provoked the relatives of the deceased and published targeted news,” the intelligence statement read.

“The first photo of the late Mahsa Amini on her hospital bed was published by [Niloofar Hamedi] and she was trained in courses abroad,” the statement continued.

“[Elaheh Mohammadi] was also trained in American courses abroad. Both of them have played the role of being the primary source of news for foreign media.”

Mehdi Rahmanian, the CEO of Shargh newspaper, Niloofar Hamedi’s employer, released a statement denying that Niloofar published the photo of Mahsa Amini in a hospital bed.

Niloofar’s husband, Mohammad Hossein Ajorloo, tweeted saying that the only photo Niloofar posted was of two members of Mahsa Amini’s family embracing after they found out about her death in morality police custody.

At least 46 journalists have been jailed in Iran since the start of protests over the death of Mahsa Amini, according to non-governmental organization, the Committee to Protect Journalists.

Niloofar Hamedi and Elaheh Mohammadi remain in Evin prison and have not been publicly charged yet.