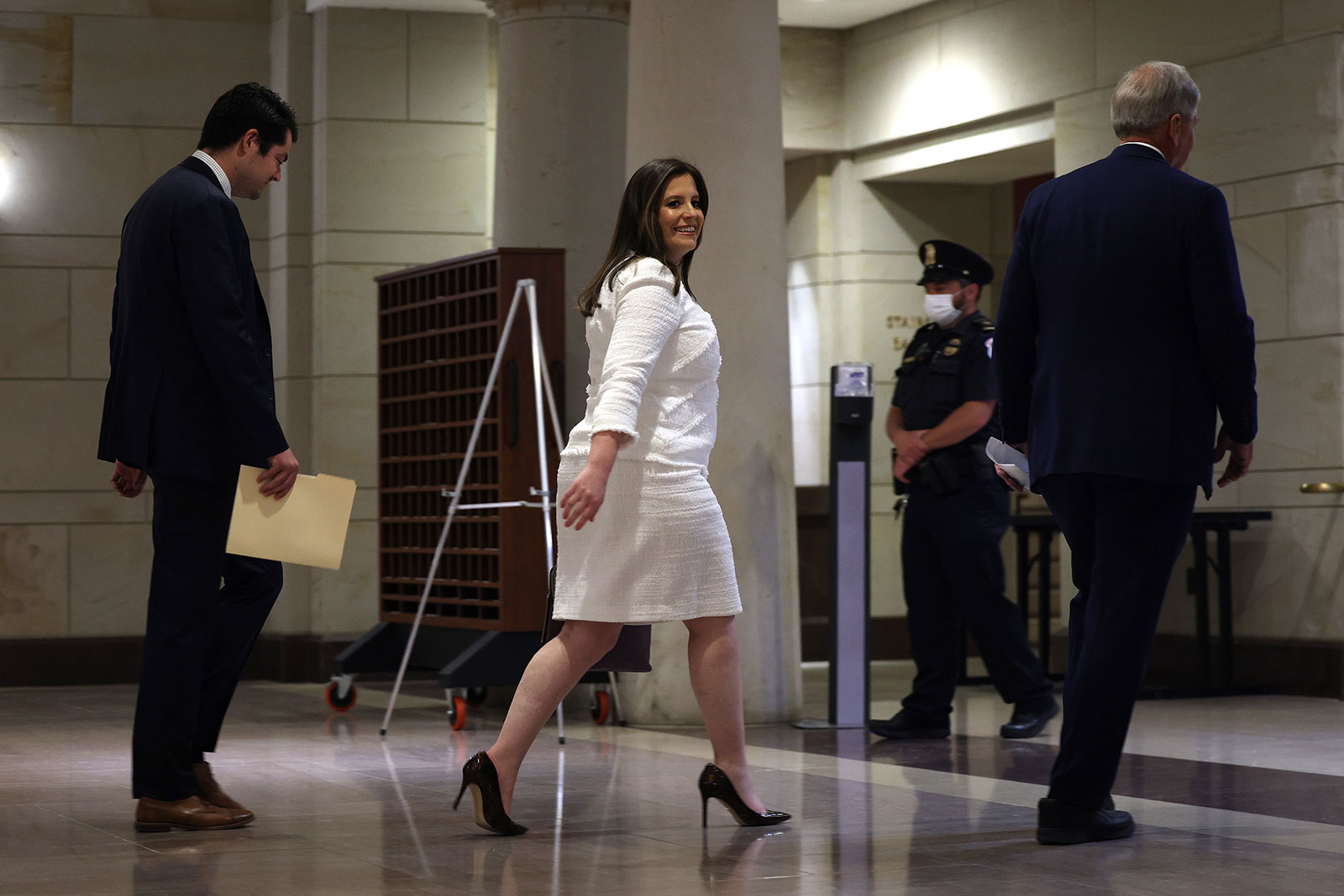 Rep. Elise Stefanik, who is seen as the favorite to become the Republican Party’s next conference chair told reporters yesterday that the candidate forum between her and Rep. Chip Roy for the position was “a great discussion.”

Asked how she made her pitch to her colleagues, Stefanik said, “I was focused on unifying the conference. Making sure that we have, every member, has an opportunity to shine, rank and file members, and how we win the majority in 2022.”

When pressed on how many votes she has, as she previously enlisted many of her colleagues to do a whip count for her on her behalf, Stefanik said, “we are in a strong position.”

“I know the vote count we have and I’m in a strong position going into tomorrow, so I’m excited about the unity from all corners of the conference” Stefanik added when pressed to give a specific number.

Asked about Roy’s last minute bid challenging her for the position, Stefanik told reporters, “I think anybody can run.”

“I’m not going to attack anyone for running. I think it’s healthy to have a debate and discussion” Stefanik added.

Asked how he contrasted himself with Stefanik, Roy said, “I think you can look at the policy issues and see a pretty clear distinction,” but pledged unity after the vote tomorrow. “We’re all gonna walk out tomorrow united against the Democratic Party that is literally destroying our country by the day.”

Roy said he did not want to get into his opposition to the electoral objection, when asked if he considered it an important distinction with Stefanik.

“I’m not going to get into any of the specifics, all I’m going to do is just say that this is a good, strong, robust conversation among my colleagues including Elise.”

Stefanik said the lawmakers did not discuss President Trump or the 2020 election.