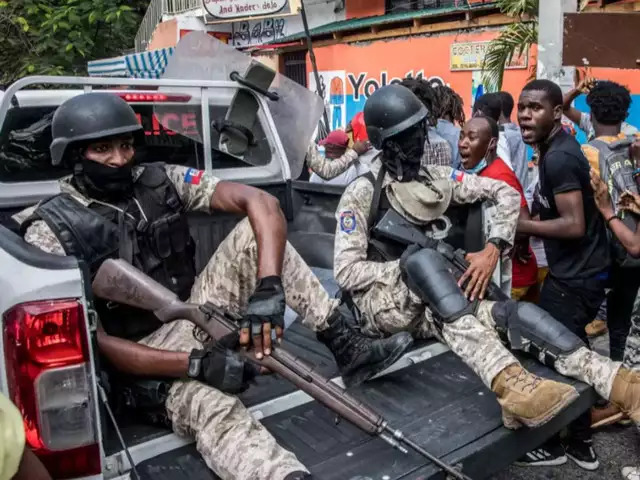 The gang that kidnapped a group of 17 American and Canadian missionaries in Haiti has asked for $1 million each for their release, a top Haitian official said Monday, according to the Wall Street Journal.

The 16 American citizens and one Canadian were kidnapped by the powerful “400 Mawozo” gang on Saturday after visiting an orphanage in Croix-des-Bouquets, a northeast suburb of the capital Port-au-Prince, officials said over the weekend.
Haitian Justice Minister Liszt Quitel said Monday that the missionaries were being held in a safe house right outside the suburb by the gang, which has demanded a total of $17 million for the group’s release, the WSJ reported.
The FBI and Haitian police are in contact with the kidnappers, adding that negotiations could take weeks, Quitel told the WSJ.
The kidnapped missionaries are affiliated with the Ohio-based Christian Aid Ministries, which confirmed the kidnapping on Sunday in a statement, saying the abducted group was made up of five men, seven women and five children.
Quitel told the WSJ that the five children abducted included an 8-month-old baby and minors ages 3, 6, 14 and 15. 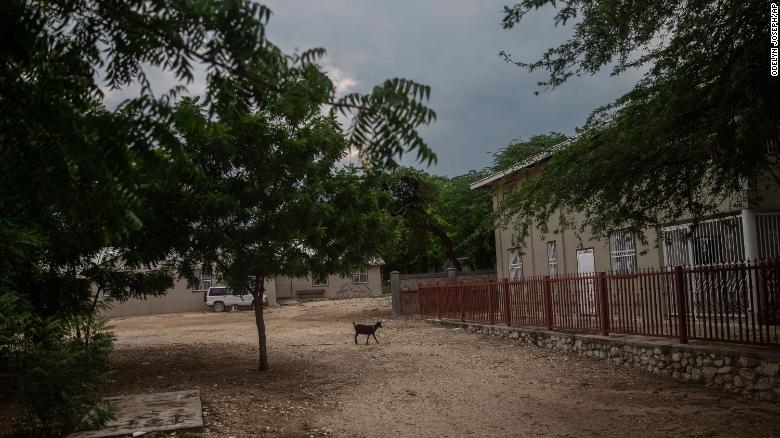 The missonaries had visited Maison La Providence de Dieu orphanage in Croix-des-Bouquets before being kidnapped.
Dan Hooley, a former field director for Christian Aid Ministries in Haiti, told CNN Sunday that all of the kidnapped missionaries are believed to have been in one vehicle, and that some were able to contact the organization’s local director before they were taken.
“A couple of fellows right away messaged the director and told him what was going on. And one of them was able to drop a pin, and that’s the last thing (the organization) heard until the kidnappers contacted them later in the day,” Hooley said.
Their abduction is part of a wave of indiscriminate kidnappings that has become more brazen as the country suffers from political instability, civil unrest, lack of quality healthcare and severe poverty.
Just before the missionaries’ abduction, a Haitian transportation union had called for an indefinite strike starting Monday to protest the spike in kidnappings, among other issues.
“The welfare and safety of US citizens abroad is one of the highest priorities of the Department of State. We have been in regular contact with senior Haitian authorities and will continue to work with them and inter-agency partners,” a State Department spokesperson said in a statement Monday.

‘Gangs have taken over’

Much of the rise in kidnappings in Haiti is due to the 400 Mawozo, according to the Center for Analysis and Research for Human Rights (CARDH), a Port-au-Prince-based nonprofit.
Gang members engage in near daily confrontations with Haitian police and tax local businesses.
The 400 Mawozo has been growing in strength for the past three years, numbering up to 150 members, and has essentially taken control of Croix des Bouquets, the source in Haiti’s security forces told CNN on Sunday.
Kidnapping for ransom is a hallmark activity of the gang. They have abducted dozens of people this year alone, including foreign nationals, the source said.
Once notorious for car theft, the 400 Mawozo has pioneered “collective” kidnappings of large groups of victims from buses and cars, according to CARDH.
The majority of the gang’s victims are Haitian citizens and kidnappings have surged in Haiti this year — with a nearly 300% increase since July, CARDH said.
At least 628 kidnappings have taken place since January, including of 29 foreigners, according to data released by the center. The 400 Mawozo has typically demanded ransoms of around $20,000, it said.
Hooley said the members of the missionary group would have been aware of the risks they were taking.
“These are very dedicated people, people that have risked their lives, they knew the dangers that they were in, or at least were aware of what could happen, I’m sure,” he said.
In a 2020 blog post, a Christian Aid Ministries missionary in Haiti described the risks they faced working there. The missionary wrote how the organization’s home base in Titanyen, a village north of Port-au-Prince, had been threatened by a local gang.
“With all the political uncertainty in Haiti, gangs have taken over. Gangs fighting each other breaks the calm nights with rapid gun fire,” they wrote. 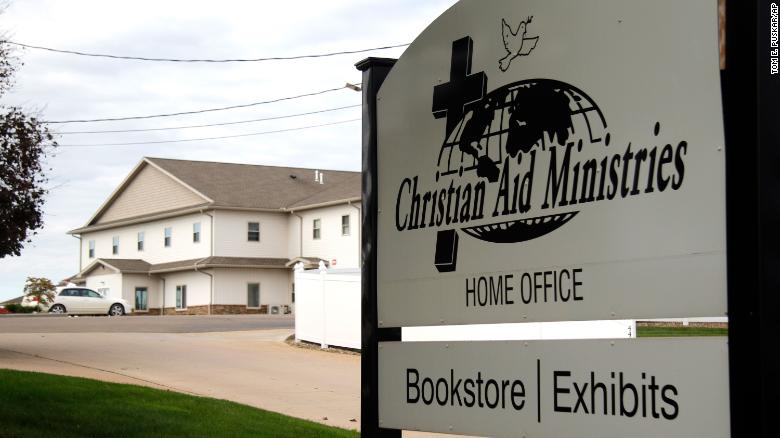 Christian Aid Ministries in Berlin, Ohio is seen here on October 17.
The blog post does not state which gang was responsible, nor is it clear who authored the post. But the blog founders are a pair of missionaries who had been in Haiti for a number of years.
In the post, the author writes that the missionary eventually began “working with the gang trying to resolve the ugly situation.”
“After much dialogue, they agreed to lay down their gang mentality and try to find a way to help out the community, instead of terrorizing it. Soon they agreed to work on rebuilding a road that goes through town,” the author wrote.