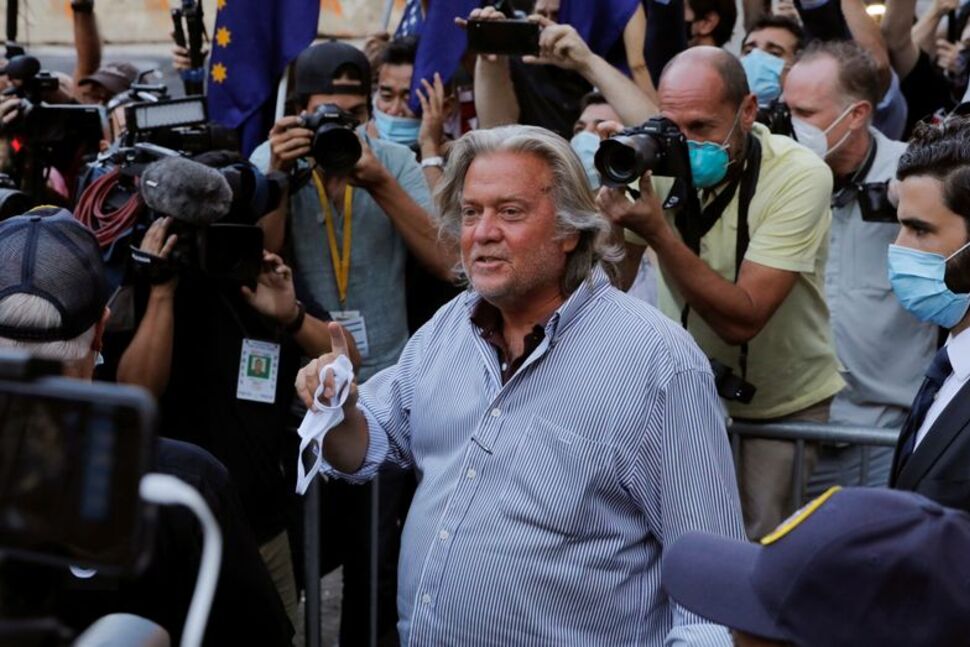 ASHINGTON (Reuters) – Lawmakers probing the deadly Jan. 6 U.S. Capitol attack by supporters of Donald Trump will move on Tuesday toward bringing contempt of Congress charges against his longtime aide Steve Bannon over his refusal to cooperate.

The Democratic-controlled House of Representatives Select Committee is expected to approve a report backing contempt charges against Bannon at a meeting Tuesday evening. That vote will pave the way for the entire House to vote on whether to recommend contempt charges, which could lead to criminal prosecution, against Bannon.

The report, which was made public by the committee Monday evening, argues that Bannon’s testimony and document production are crucial to the investigation, saying that Bannon made statements suggesting he knew ahead of time about “extreme events” on Jan. 6, when the U.S. Congress was scheduled to certify Democrat Joe Biden as the winner of the presidential election.

Bannon, according to the report, said, “All hell is going to break loose tomorrow,” the day before thousands of Trump supporters descended on the Capitol building, attacking police and raiding congressional offices, in an attempt to overturn Trump’s election defeat, which Trump falsely claimed was the result of widespread fraud.

Trump has urged his allies to reject the committee’s subpoenas, claiming executive privilege. He filed a lawsuit on Monday, alleging the committee made an illegal, unfounded and overly broad request for his White House records.

Many legal experts have said Trump, as the former president, cannot lawfully use executive privilege to block subpoenas issued by the House committee.

The Select Committee’s nine members will take the preliminary step of voting on the contempt report in a public meeting scheduled for 7:30 p.m. EDT (2330 GMT) on Tuesday. The committee’s vote could be followed quickly by a full vote in the House, congressional aides said.

Bannon has refused to cooperate with the committee, which was created by House Democrats against the wishes of most Republicans. Just two of the committee’s nine members,- Representatives Liz Cheney and Adam Kinzinger, are Trump’s fellow Republicans.

Both have criticized the former president, which prompted Republican House members to remove Cheney, daughter of former Vice President Dick Cheney, from her leadership position.

After Trump asked aides not to cooperate with the investigation, Bannon argued that he was shielded from the select committee’s subpoenas by executive privilege, a legal principle that protects many White House communications.

However, legal experts – and the committee – dispute that argument.

“Mr. Bannon has now willfully failed to both produce a single document and to appear for his scheduled deposition. The Select Committee believes that this willful refusal to comply with the Subpoena constitutes a violation of federal law,” the committee’s chairman, Bennie Thompson, said in a letter to Bannon’s attorney.

Bannon’s attorney, Robert Costello, did not respond to a request for comment on the letter.

Biden has also said the Justice Department should prosecute people who defy subpoenas.

There have been at least 600 arrests in connection with the assault, and the select committee has issued more than a dozen subpoenas.

Multiple courts, state election officials and members of Trump’s own administration have rejected Trump’s claims of election fraud as false.