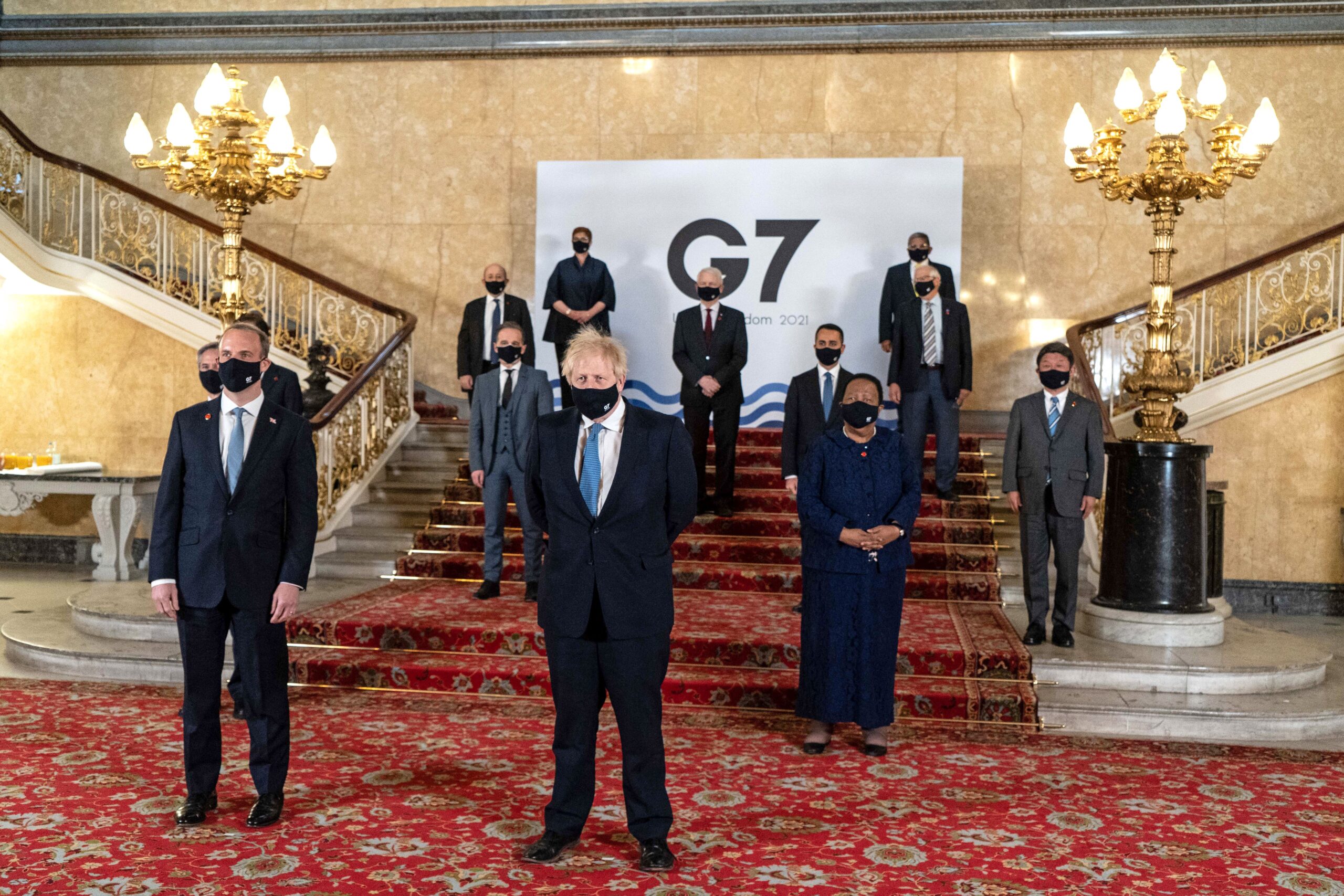 The Group of Seven has scolded China and Russia, casting the Kremlin as malicious and Beijing as a bully, but beyond words, there were few concrete steps aside from expressing support for Taiwan and Ukraine.

Founded in 1975 as a forum for the most advanced economies to discuss crises such as the OPEC oil embargo, the G7 this week addressed what it perceives as the biggest current threats: China, Russia and the coronavirus pandemic.

G7 foreign ministers, who met in London under tight coronavirus restrictions, said in a 12,400-word communique that Russia was trying to undermine democracies and threatening Ukraine while China was guilty of human rights abuses and of using its economic clout to bully others.

There was, however, little concrete action mentioned in the communique that would unduly worry either Chinese President Xi Jinping or his Russian counterpart Vladimir Putin.

The G7 said it would bolster collective efforts to stop China’s “coercive economic policies” and to counter Russian disinformation – part of a move to present the West as a much broader alliance than just the core G7 countries.

“I think [China is] more likely to need to, rather than react in anger, it is more likely going to need to take a look in the mirror and understand that it needs to take into account this growing body of opinion, that thinks these basic international rules have got to be adhered to,” British Foreign Secretary Dominic Raab said.

Russia denies it is meddling beyond its borders and says the West is gripped by anti-Russian hysteria. China says the West is a bully and that its leaders have a post-imperial mindset that makes them feel they can act like global policemen.

China’s spectacular economic and military rise over the past 40 years is among the most significant geopolitical events of recent history, alongside the 1991 fall of the Soviet Union that ended the Cold War.

This week’s meeting sets the tone for the G7 leaders’ meeting in Cornwall, southwest England, next month, at which US President Joe Biden makes his international debut.

The West, which is much bigger than China and Russia economically and militarily, has struggled to come up with an effective response to either China or Russia.

“We will work collectively to foster global economic resilience in the face of arbitrary, coercive economic policies and practices,” the G7 ministers said on China.

They said they supported Taiwan’s participation in World Health Organization forums and the World Health Assembly – and expressed concerns about “any unilateral actions that could escalate tensions” in the Taiwan Strait. China regards Taiwan as its own territory and opposes any official Taiwanese representation on an international level.

China’s Foreign Ministry on Thursday condemned the joint statement by G7 foreign ministers, saying it was a gross interference in China’s internal affairs.

The G7 as a group should take concrete actions to boost the global economic recovery instead of disrupting it, spokesman Wang Wenbin told reporters in Beijing

On Russia, the G7 was similarly supportive of Ukraine but offered little beyond words.

“We are deeply concerned that the negative pattern of Russia’s irresponsible and destabilising behaviour continues,” G7 ministers said.

“This includes the large build-up of Russian military forces on Ukraine’s borders and in illegally-annexed Crimea, its malign activities aimed at undermining other countries’ democratic systems, its malicious cyber activity, and [its] use of disinformation.”

Foreign ministers from hosts Britain, plus the United States, France, Germany, Italy, Canada and Japan also called on Tehran to release foreign and dual nationals they said were being held arbitrarily in Iranian jails.

They threatened the Myanmar military government which staged a coup in February with fresh sanctions, in a wide-ranging final communique covering the world’s most pressing geopolitical issues, including climate change and post-pandemic recovery.

On the coronavirus pandemic, the G7 pledged to work with the industry to expand the production of affordable COVID-19 vaccines, but stopped short of calling for a waiver of intellectual property rights of the leading pharmaceutical firms.

There was also no immediate announcement on fresh funding to improve greater access to vaccines, despite repeated calls for the G7 to do more to help poorer countries.

“We commit to working with  industry  to facilitate expanded manufacturing at scale of affordable COVID-19  vaccines, therapeutics and diagnostics and their component parts,” the G7 foreign ministers said in a joint statement.

They said the work would include “promoting partnerships between companies, and  encouraging voluntary licensing and tech transfer agreements on mutually agreed terms”.