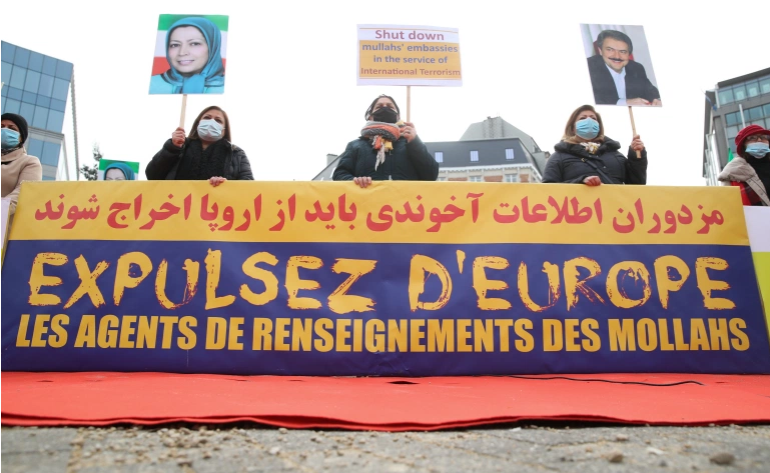 An Iranian diplomat sentenced to 20 years in prison for planning a bomb attack in France has dropped an appeal in Belgium and will serve his sentence, his representative said on Wednesday.

Belgian authorities have said they will oppose any potential swap deal with Western prisoners in Iran, lawyers said.

Assadolah Assadi was found guilty of “attempted terrorism” in February after a foiled plot to bomb a 2018 rally of the National Council of Resistance of Iran (NCRI), a French-based dissident group.

It was the first time an Iranian official had been tried for “suspected terrorism” in Europe since Iran’s 1979 revolution.

“This has been a political trial since the beginning and he does not want to participate any longer,” Assadi’s lawyer Dimitri de Beco told reporters in Antwerp, where he was sentenced on February 4.

Judges had ruled that diplomatic immunity as third counsellor at Iran’s embassy in Vienna did not protect Assadi from charges of using the post for “state-sponsored terrorism”.

In its ruling, the Belgian court said Assadi ran a state intelligence network and had brought explosives for the Paris plot with him on a commercial flight to Austria from Iran.

Iran’s mission to the EU said in a statement that Belgium had violated international law and that Tehran reserved the right to resort to all legal mechanisms.

Assadi did not attend his court hearings or sentencing, which was held behind closed doors in high security.

He was arrested in Germany but Belgium agreed to hold the sensitive trial because two of the other suspects were Belgian-Iranian nationals and were arrested in Belgium.

A third was arrested in France. All three were given long sentences.

Lawyers for the NCRI said there were guarantees from the Belgian state that there would be no swap of Assadi for Western prisoners, citing separation of powers between judicial and political decisions and a written guarantee from the Belgian government.

“We believe that he (Assadi) saw no legal or factual argumentation to improve his position,” lawyer Rik Vanreusel told reporters in Antwerp.

European governments have said they cannot ignore violent attacks, including two killings in the Netherlands and a failed assassination attempt in Denmark, which they blamed on Iran.

Iran has dismissed all terrorism charges, calling the Paris attack allegations a “false flag” stunt by the NCRI, which it considers a terrorist group.

But few EU governments other than France commented publicly on the sentencing in February.

The bloc chairs indirect talks between the United States and Iran to rejuvenate a 2015 accord aimed at containing Tehran’s nuclear programme.