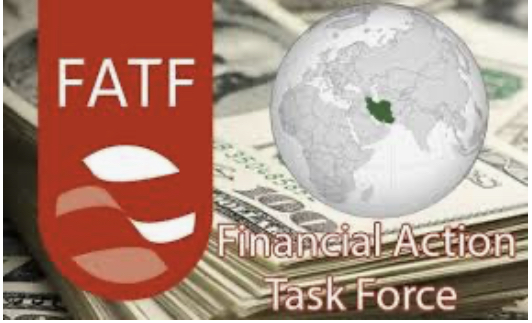 This blacklisting by the Paris-based Financial Action Task Force is expected to take place Friday and come after European governments decided to join the U.S., according to American and allied officials.

The task force’s decision will place financial transactions with Iran under additional scrutiny and escalate the pressure on the dwindling number of banks and businesses still dealing with the Islamic Republic to cut their ties.

The blacklisting marks a step forward in the U.S. campaign to use sanctions to compel the Islamic Republic to end its support for terrorist groups and eliminate its nuclear weapons program. Most Western banks have already severed links with Tehran in response to the U.S. sanctions, which have also drastically cut Iran’s oil sales—its largest revenue source—weakens its economy and escalated protests against Islamic Republic.

European governments declined to join the U.S. pressure campaign in an effort to save the multination Iran nuclear accord, from which President Trump withdrew from in 2018.

In recent weeks, European officials have told the State Department that their governments will back the Financial Action Task Force in imposing the stringent new measures targeting Iran’s financial system, said the U.S. and allied officials.

Its member-country representatives have been meeting this week in Paris and will hold a full plenary session Friday during which the decision on Iran’s listing is expected to be finalized, the officials said.

Europe has helped keep Iran off the blacklist despite repeated criticisms from the task force that Tehran was failing to meet a 2016 commitment to overhaul its illicit-finance regulations.

“Iran has failed to fulfill its commitments,” U.S. Secretary of State Mike Pompeo said in a statement last week ahead of the task force’s meeting. “It is past time for Iran to complete the action plan it agreed to in June 2016 or face the full re-imposition of countermeasures.”

Islamic Republic in Iran would join North Korea as the only country targeted under the task force’s “call for action” designation for failing to implement regulations to detect and prevent terrorism financing and money laundering by criminal organizations. Twelve other nations are on a high-risk monitoring list, subjecting them to international scrutiny, audits and the threat of punitive action by the task force.

The sanctions the task force is set to apply include restrictions on financial relationships with Iranian businesses, more stringent review of all financial transactions linked to Iran, required reporting of all such transactions, and prohibitions on Iranian banks establishing new foreign branches and foreign banks setting up offices in Iran.

At its last meeting in October, the task force told Tehran it risked blacklist sanctions if it failed to approve legislation authorizing the U.N. conventions on countering illicit finance. Iran’s parliament passed the legislation, but the Guardian Council, the clerical panel that vets legislation for congruity with its interpretation of Islamic law, disapproved.

A separate council meant to arbitrate such disagreements and whose members are also appointed by Iran’s supreme leader has yet to rule on the matter.

The Treasury Department announced imposing the sanctions for IR  preventing parliamentary free and fair elections, which Mullahs scheduled for Friday that have been widely boycotted by Iranians.

The U.S. sanctions freeze any assets the five officials have in U.S. jurisdictions and complicate their international travel and financing.

“The Supreme Leader uses his appointees to deprive the Iranian people of free and fair elections by blocking candidates that do not mirror his radical views,” the Treasury Department said.

The terror-financing provisions in the Iranian legislation put clerical leaders in a bind, because they would run counter to the government’s support of internationally-recognized terror groups such as Hezbollah and Hamas that act as Iran’s international proxies.

“The debate over the FATF has turned into a proxy for an internal Iranian political battle over integration vs. isolation with the international community,” said Jason Brodsky, policy director for the advocacy group United Against a Nuclear Iran.

Given that Iran’s hard-liners are expected by U.S. officials and Iran-watchers to increase their influence in the parliamentary elections this week, the likelihood of Iran of implementing the task force’s requirements appears even more remote.

While European governments in recent years have opposed the U.S. sanctions campaign and sought to regrettably help mullahs stay afloat, European banks and companies have largely severed ties. Tehran has since accused Europe of failing to deliver on its promises under the nuclear accord to expand trade and financial ties.

As the U.S. sanctions pressure escalated, Islamic Republic  has announced it would no longer abide by restrictions the deal imposed on its production of enriched uranium and by stepping up attacks on Western interests in the Middle East.

Benoit Faucon in London and

—Sune Engel Rasmussen in London contributed to this article.