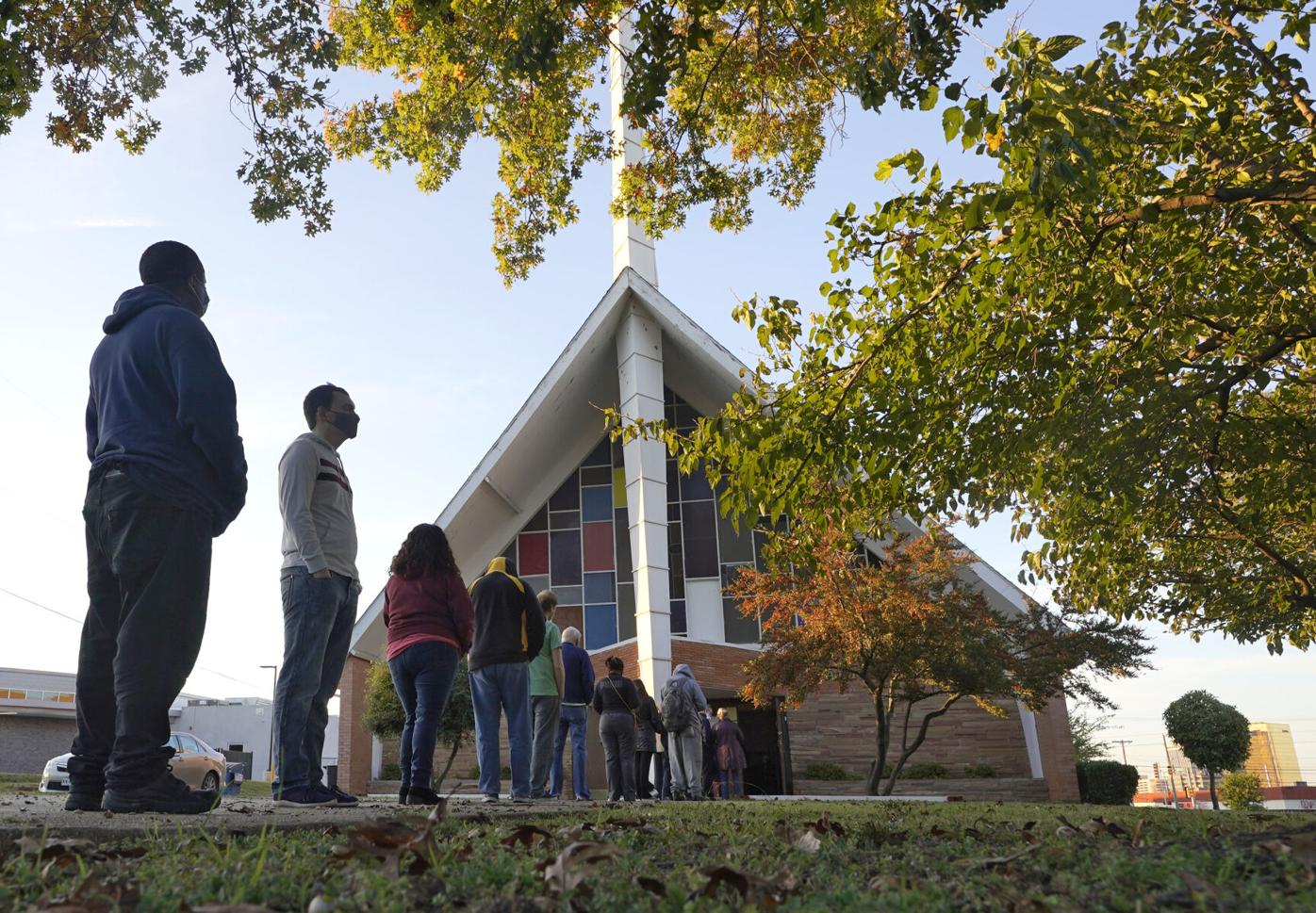 In Georgia, faith leaders are asking corporate executives to condemn laws restricting voting access — or face a boycott. In Arizona and Texas, clergy have assembled outside the state capitols to decry what they view as voter-suppression measures targeting Black and Hispanic people.

Similar initiatives have been undertaken in Florida, Michigan, Missouri, Ohio and elsewhere as many faith leaders perceive a threat to voting rights that warrants their intervention in a volatile political issue.

“It is very much in a part of our tradition, as Christians, to be engaged in the public square,” said the Rev. Dr. Eric Ledermann, pastor at University Presbyterian Church in Tempe, Arizona, after the event outside the Statehouse.

“When people say, ‘Let’s not get political in the church’ — Jesus was very political,” Ledermann said. “He was engaged in how his culture, his community was being shaped, and who was being left out of the decision-making process.”

Georgia already has enacted legislation with various restrictive voting provisions. More than 350 voting bills are now under consideration in dozens of other states, according to the Brennan Center for Justice, a public policy think tank. Among the proposals: tightening requirements for voter IDs, reducing the number of ballot drop boxes and curtailing early voting.

African Methodist Episcopal Bishop Reginald Jackson, who oversees AME churches in Georgia, has been urging corporate leaders to do more to fight voting restrictions. So far, he’s dissatisfied with the response, and says he may call for boycotts of some companies.

In numerous states, voting rights activism is being led by multifaith coalitions that include Christian, Jewish and Muslim groups. Here is what some of the faith leaders are saying:

The Rev. Dr. Cassandra Gould, executive director of Missouri Faith Voices, for whom the issue is “very personal”:

“I’m from Alabama, a little town called Demopolis. It’s 47 miles west of Selma, where my mother fought for rights, went to jail on Bloody Sunday (in 1965). … So those are the stories that I grew up with. I never imagined that I would still be fighting the same fight.”

“There is a playbook to suppress votes, to shrink the electorate. And we believe fundamentally, as a tenet of faith, that it should be expanded so that people are included, not excluded.”

“If you read the Bible, from Genesis to Revelation, it talks about justice, talks about being on the side of the oppressed, the downtrodden, the orphan, the poor. And this whole voter-suppression issue is about fighting against those who would oppress people of color, the poor, people who are struggling to make it in life. So it is a faith issue as much as a justice issue. They’re not disconnected.”

“The reaction of the Republican Party, to the most people ever voting in the history of the United States, is that ‘we’re gonna lose in the future.’ So it’s very obvious that this is not about accountability or about ethics, it’s about politics. And that’s unjust, and so that’s why we’re out here.”

“No matter what side of the political aisle you find yourself, any attempt to hinder voting is an attempt to take away our greatest freedom and liberty. … We should be doing everything to protect our greatest freedoms — and make ways for our citizens to enthusiastically vote and do so free from fear and intimidation.”

“I am a pastor in a white congregation. I am a priest in a church, the Episcopal Church, that is famous for our white, Christian, moderate stance. … My interest is in awakening knowledge in other white, moderate, Christian women who have remained silent or who have felt powerless or think that it doesn’t matter to them. My guiding light is a quote from Martin Luther King: ‘There are not enough white people who value or who cherish democratic principles more than white privilege.’”

“White Christian women know what it is to have our voices silenced. And we cannot stand by while other people’s voices are also being silenced. We need to recognize our privilege and use it as leverage to fight voter suppression aimed at Black Americans.”

Rabbi Lydia Medwin of The Temple in Atlanta:

“The Jewish community has responded to the call of our African American brothers and sisters since the since the Civil Rights era began. When our partners and people that we care deeply about say to us, ‘We’re hurting, we’re being treated unfairly,’ we have no other response but to step up.”

“The backlash against Georgia passing legislation is actually helping us in Texas, because we’re able to point to that and organize the anger around those laws to try and stop it here. … People of faith stand for inclusion and stand for respect and stand for acceptance and a different kind of justice.”