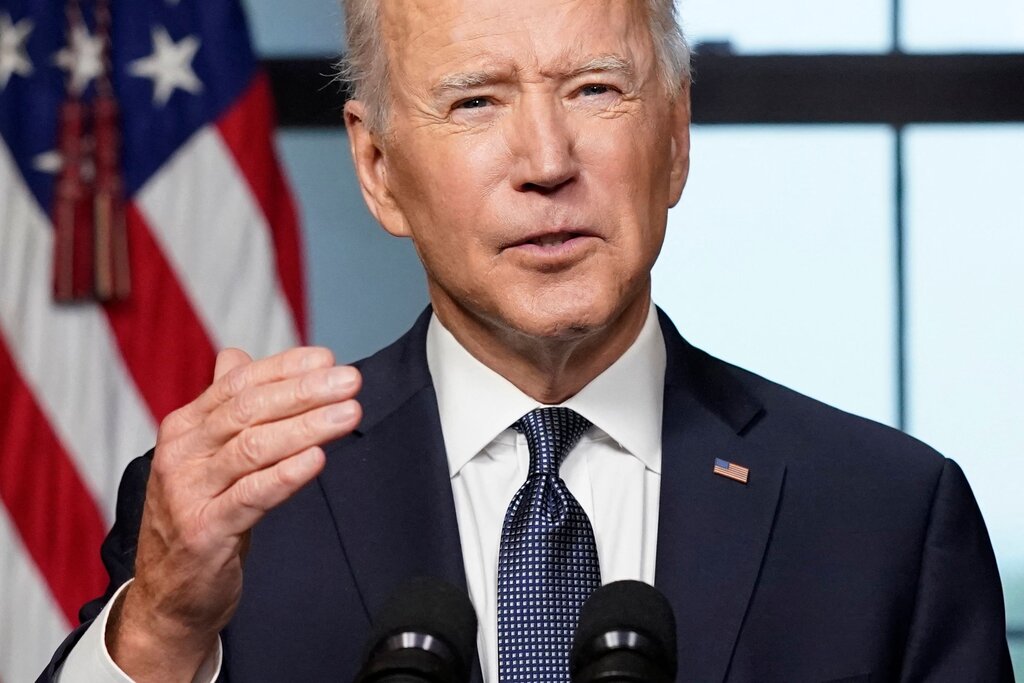 For the American public, there was never any great outcry for withdrawing, polling suggests.

President Biden on Wednesday, announcing the withdrawal of the remainder of U.S. troops from Afghanistan by Sept. 11, 2021.

When President Biden announced on Wednesday that he would pull American troops out of Afghanistan by Sept. 11, he was following through on a pledge that he’d made on the campaign trail — and perhaps just as important, he was making good on a promise to himself.

Biden has long hoped to disentangle the United States from Afghanistan, where it has remained mired for the past two decades. Speaking from the White House, Biden said that after conversations with American and Afghan officials: “I concluded that it’s time to end America’s longest war. It’s time for American troops to come home.”

But for the American public, there was never any great outcry for withdrawing, polling suggests. “There are no candlelit marches on the Pentagon about Afghanistan; nobody’s throwing bags of fake blood on military officers,” Stephen Biddle, a professor of international affairs at Columbia University and a Council on Foreign Relations fellow studying Afghanistan policy, said in an interview.

So it’s possible to think of Biden’s decision not as a response to public demand, but as a move that he believed was necessary — and relatively uncostly in the realm of public opinion.

When the United States went to war there in 2001, the American public agreed almost unanimously with President George W. Bush’s decision. That November, still shaken by the attacks of Sept. 11, nine in 10 Americans said they thought sending troops into Afghanistan was the right thing to do, according to a Gallup poll.

Over the past 20 years, the public’s views on the United States’ presence in Afghanistan have shifted, but they haven’t totally flipped. The percentage of Americans saying it was a mistake to send troops to Afghanistan ticked up steadily in the 2000s, but plateaued in the mid-40s, where it remained in 2019, the last time Gallup asked the question.

That differs significantly from the country’s feelings about the war in Iraq: By 2007, 62 percent of Americans said sending troops there had been a mistake, according to Gallup. That number has not fallen below 50 percent since then. Similarly, by the time American troops headed home from Vietnam in the mid-1970s, six in 10 Americans were telling Gallup pollsters that the war there hadn’t been worthwhile.

No such public outcry emerged around Afghanistan. Shortly after President Donald Trump announced his intention in 2019 to bring home most of the American troops stationed there, an NBC News/Wall Street Journal poll found that just one in three Americans thought the United States “should have a rapid and orderly withdrawal of all troops from Afghanistan.” Fifty-eight percent opposed it.

Still, the issue has a relatively low salience for voters, as the number of U.S. casualties has remained low and the war has garnered scant attention in the American press — even as the political instability in Afghanistan has grown only more severe in recent years.

According to an Associated Press/NORC poll last year, just 12 percent of Americans said they were closely following news related to the U.S. presence in Afghanistan.

“You would need an electron microscope to detect the effect of Afghanistan on any congressional race in the last decade,” Biddle said, referring to the American political picture. “It’s been invisible.”

From a political standpoint, it remains true that Democrats are far more dovish on Afghanistan than Republicans — despite Trump’s anti-intervention stance — indicating that Biden and his allies are unlikely to suffer consequences from within their own party for his decision, and may even reap some rewards. In 2019, Gallup found that 53 percent of Democrats said sending troops into the country had been an error, while just 25 percent of Republicans agreed. For independents, it was an even split: 48 percent thought it was a mistake, and 47 percent disagreed.

Gallup and others have also conducted polling in Afghanistan in recent years. And what they’ve exposed about the lives and views of Afghan citizens has not been encouraging.

In 2019, Gallup found that Afghans’ expectations for the next few years of their lives had grown dismal: On a scale of 1 to 10, with 1 representing “the worst possible life” ahead and 10 representing the best, the average rating was approximately 2.5.

A separate survey last year by the Asia Foundation showed that Afghans remained mostly hopeful about the prospect of achieving peace within the next two years — but among the roughly one-third of Afghans who felt peace would not be achievable, the most commonly cited reason was foreign interference.