Iran announced sanctions against eight institutions and 12 individuals based in the EU after alleging they are ‘supporting terrorist groups’.

The European Union has dismissed retaliatory sanctions Iran has placed on European individuals and media outlets as “purely politically motivated” as it expressed concern about Tehran’s ongoing violent repression of anti-government protests.

“The European Union rejects the sanctions as they appear to be purely politically motivated,” foreign affairs spokesman Peter Stano said on Thursday.

“When you take the EU sanctions [on Iran], they are adopted on clear legal grounds, based on the evidence of human rights violations in Iran,” he said. 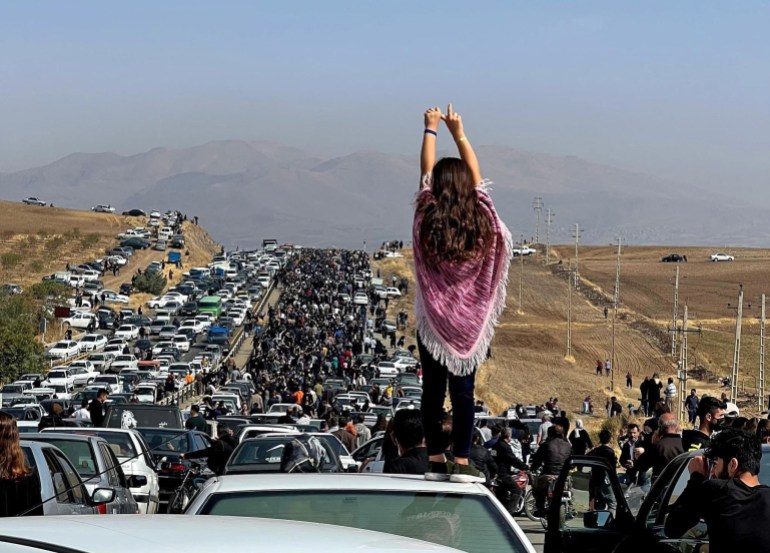 Iran on Wednesday announced sanctions against eight institutions and 12 individuals based in the EU, accusing them of “supporting terrorist groups”, “inciting violence” and “provoking riots, violence and terrorist acts” in Iran in relation to the anti-regime protests.

Those on the list are subject to visa bans and the seizure of any property or assets the targeted individuals and entities have in Iran.

The sanctions were imposed in response to October 17 sanctions the EU had placed against Iran’s “morality police” and 11 officials, including the telecommunications minister.

They were drawn up after the death of Mahsa Amini, a 22-year-old who died on September 16 after being taken into custody by the “morality police”. They were also in response to subsequent repression that has included internet blackouts.

Stano said “instead of focusing on political retaliation and countersanctions”, Iran’s leaders need “to listen to their own population, to the young people and to grant them the basic rights, including the right to the freedom of expression”.

He said the EU was concerned about the crackdown by Iran’s security forces that has resulted in “not only injuries during these protests … but also deaths of protesters”.