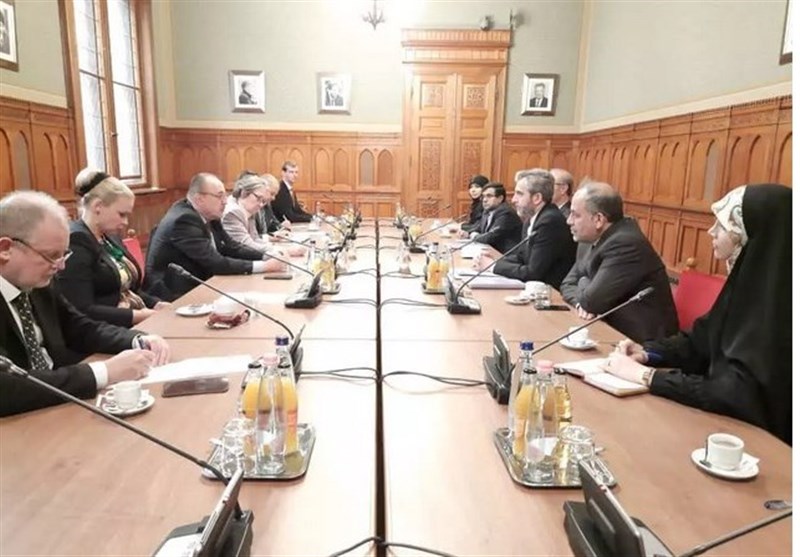 TEHRAN (Tasnim) – As the war between Russia and Ukraine threatens global energy and food security, the Europeans should try to replace armed conflicts with dialogue, a senior Iranian diplomat said.

Iranian Deputy Foreign Minister for Political Affairs Ali Baqeri, who has started a tour of Europe, had a meeting with Chairman of the Hungarian Parliament’s Committee for Foreign Affairs Zsolt Nemeth in Budapest on Tuesday.

In the meeting, held at the parliament of Hungary, the Iranian diplomat said the eruption of war in Europe would escalate tensions among the European states and also jeopardizes energy and food security across the world.

“Considering that Iran and Hungary share views in opposition to war and given the fact that Iran is a neighbor of Russia and Hungary is Ukraine’s neighbor, efforts should be made to change the current process in Europe from fighting and armed conflict to the negotiating table,” Baqeri said.

He also described the Iranian delegation’s presence in the Hungarian parliament as a sign of Tehran’s special attention to the parliamentary relations, noting that the legislatures play an important role in the promotion of bilateral relations.

For his part, Zsolt said Iran plays an undeniable role in regional stability and security, which is why Hungary attaches great importance to stronger ties with Iran.

He also expressed hope for reciprocal visits by the parliamentary delegations of the two countries.