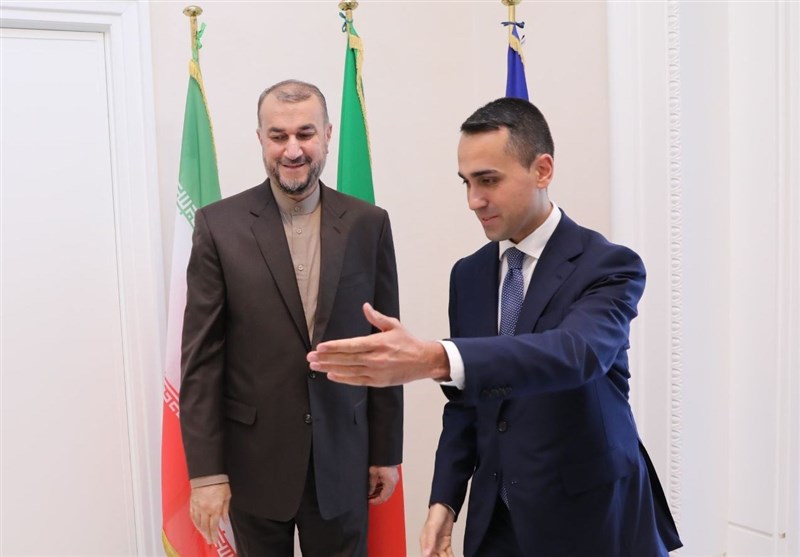 TEHRAN (Tasnim) – The Iranian foreign minister deplored the European officials’ interference in the domestic affairs of Iran following the recent riots in the country, cautioning that Tehran will show an effective retaliatory reaction to any hasty or ill-advised move by the European Union.

In a telephone conversation with his Italian counterpart on Wednesday, Hossein Amirabdollahian highlighted the Islamic Republic’s practical commitment to democracy and respect for the peaceful demands of people.

On the recent developments in Iran, Amirabdollahian said the foreign meddlers, elements organized by outsiders and terrorists, specifically in the southeastern city of Zahedan and in the western regions, steered the peaceful protests towards violence, chaos, and the killing of innocent people and police forces.

He emphasized that Iran is committed to a fair, serious and detailed investigation into the case of a young lady who died after falling into a coma at a police center in Tehran.

Expressing Iran’s dissatisfaction with the stances and interfering comments from a number of European officials following the recent developments, Amirabdollahian said, “If the European Union intends to adopt a hasty and ill-advised measure with double-standard behavior, it will have to expect the Islamic Republic of Iran’s effective action in response.”

The foreign minister noted that the Iranian nation has once again prevented foreign plots as well as harm to the country’s political independence, territorial integrity and sovereignty with its political insight.

On the relations between Iran and Italy, Amirabdollahian said the two countries have outlined a new road map to the expansion of relations during his visit to Italy in July.

“Iran attaches importance to the enhancement of the historic and friendly ties with Italy,” he noted.

For his part, Luigi Di Maio expressed Italy’s support for Iran’s efforts to strike a sustainable agreement in the talks on reviving the Joint Comprehensive Plan of Action (JCPOA) and lifting the sanctions.

Italy believes that the collective efforts should yield positive results and all parties must resume honoring their commitments under the JCPOA, he stated.

Di Maio also hailed Iran’s gesture of goodwill to release Iranian-American dual national Baqer Namazi and its readiness for the exchange of prisoners with the US as a good sign of progress in the indirect negotiations that the Iranian foreign minister had held on the sidelines of the UN General Assembly in New York.

He went on to say that Italy respects Iran’s sovereignty and rules, affirming that peaceful protests are different from riots and terrorism.