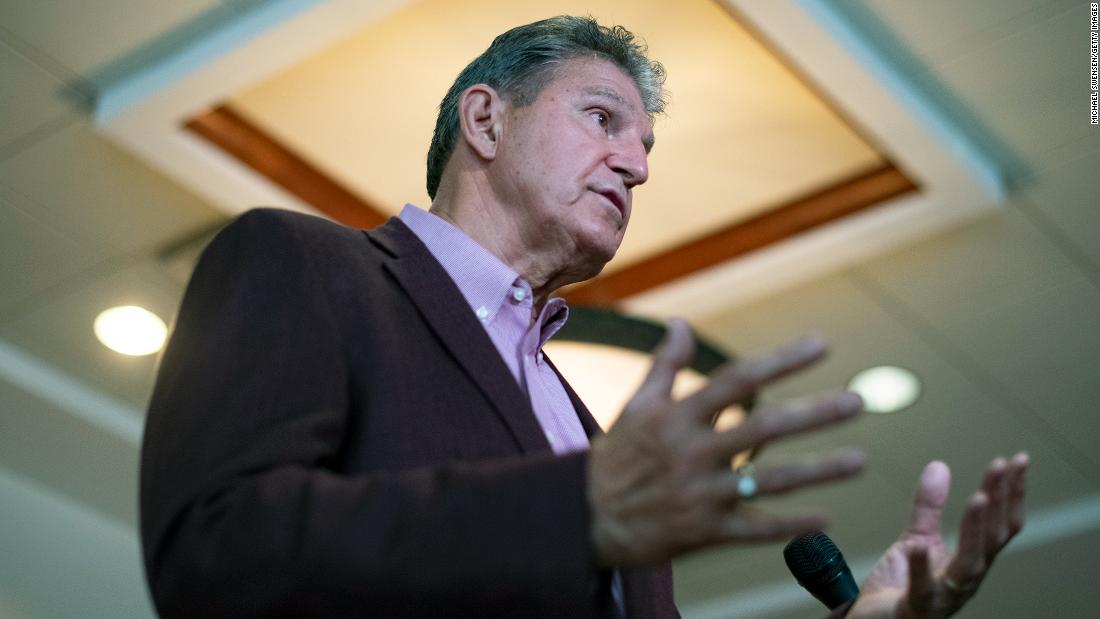 Manchin, who for years has defended the right of the Senate’s minority to filibuster legislation, has only dug in to his position that the 60-vote threshold to overcome any stalling tactic must remain intact.
And as President Joe Biden’s agenda faces a momentous month in the 50-50 Senate, the West Virginia Democrat is rejecting another top priority of his party — a sweeping overhaul of elections and campaign finance laws — only further infuriating many of his colleagues, even though the bill never stood much of a chance of becoming law.
“How would the base feel? I know how I will feel, which is angry beyond words if we can’t protect voter rights in the greatest country in the world,” said Sen. Richard Blumenthal when asked about the likelihood that the bill will fail.
“Joe Manchin has immense fidelity and allegiance to the people of West Virginia, but I’m hopeful that he will see that all of us have a national obligation to preserve our democracy,” the Connecticut Democrat said.
Manchin instead has called for a narrower measure — the John Lewis Voting Rights Act — aimed at restoring a key provision of the landmark 1965 law that was struck down by the Supreme Court eight years ago. But even that proposal, which would empower the federal government to challenge states that make changes to their election laws, stands little chance of winning over 10 Republicans — and that has made Democrats even more perplexed at Manchin’s strategy.
“My question is: Are there 10 Republican votes for the John Lewis Voting Rights Act? Why are we talking about this if it also is going to fall short of the 60-vote threshold? So this is an abstraction,” said Sen. Brian Schatz, a Hawaii Democrat. “My view is that anybody who holds the filibuster up as some key element of maintaining democracy has an obligation to be part of the group that produces 10 votes for something meaningful.”
Senate Rules Chairman Amy Klobuchar, the lead sponsor of the more expansive bill, the For the People Act, said Monday that she had been working with Manchin on changes to the proposal after hearing concerns from the West Virginia secretary of state. Klobuchar contended that the final bill that emerged from her committee along party lines addressed those concerns and said: “Joe and I have been talking through this whole process and we will continue to do that.”
The Minnesota Democrat added about Manchin: “I’ve said that I’m disappointed … but I’m not giving up on this.”
Democrats argue that the bill is essential to combat measures across a number of GOP-led states aimed at restricting access to voting, saying Republicans are taking steps to suppress the vote after former President Donald Trump’s incessant and bogus claims of widespread fraud. The bill is headed for a key test vote during the week of June 21, where 60 votes will be needed to open debate, meaning it is bound to be blocked by the Senate.
Republicans are unified against the bill, saying it would create an overly expansive role for the federal government to take over elections that are run by states and would unfairly tilt the playing field to Democrats in closely contested races.
Manchin has repeatedly argued that changes of this magnitude should be negotiated on a bipartisan basis — and not be done along straight party lines — even as there’s no path to finding consensus between the two parties on the highly consequential issue.
“They’re all my friends,” Manchin told CNN on Monday when asked about the attacks from some liberals that he’s subverting democracy by the position he’s staked out. He declined to comment further.
And he is not alone among Democrats who have reservations over their party’s strategy on voting legislation. Plus several more Democrats have concerns or are downright opposed to changing the filibuster rules.
But it was Manchin’s contention in a weekend op-ed that Democrats were pursuing “partisan” voting legislation that seemed to irk many of his colleagues.
“Protecting the vote in America is not partisan,” said Sen. Elizabeth Warren, a Massachusetts Democrat. “It’s the responsibility of the United States Congress.”
“I mean that’s an interesting thing to say in light of the fact that we are seeing all of these decidedly partisan bills coming out of state legislatures,” said Sen. Raphael Warnock, a Georgia Democrat up for reelection next year, who spoke with Manchin Sunday night about the issue. “Somebody should tell the Republicans that.”
Democratic leaders said they plan to talk more fully with Manchin in the days ahead — and some were resistant to take a shot at him.
“Today’s adversary is tomorrow’s ally,” said Senate Majority Whip Dick Durbin of Illinois when asked about Manchin, noting that it’s a “valid question” whether they can even convince all 50 members of his caucus to support pursuing an infrastructure package along straight party lines, a tactic Manchin also rejects.
“This is the most important thing we will vote on because our democracy is built on people’s right to go and be able to make their voices heard,” said Sen. Patty Murray of Washington state, the No. 3 Democrat, when asked about Manchin’s position on the elections bill.
Asked if she’s frustrated at Manchin, Murray said: “I don’t have any comment on that.”
Others recognized that it’s time to find a way to get to 60 votes — whether it’s on elections legislation or other pressing matters, such as stemming the rise in gun violence.
“We’ve got to find a way to move a democracy agenda,” said Sen. Chris Murphy, a Connecticut Democrat. “Obviously, right now you need 60 votes, not 50. So our problem is not the 50th vote, right now our problem is the 60th vote, so we have to have a strategy to get to that.”