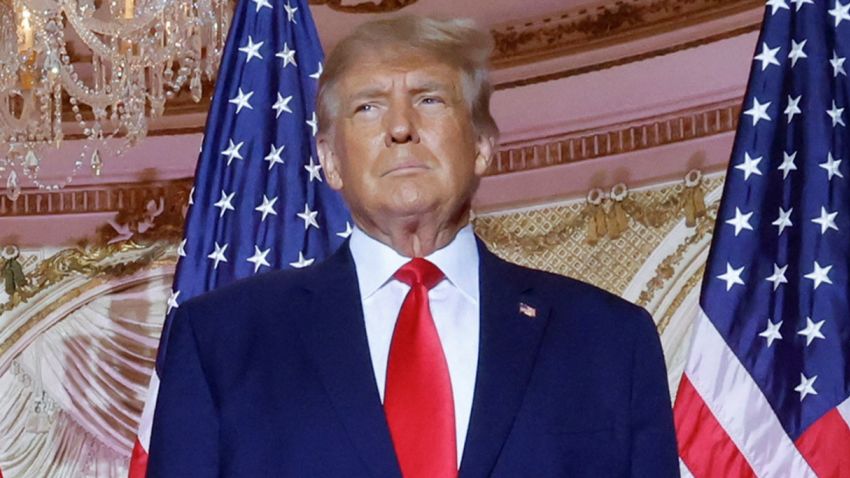 The Democratic-led House Ways and Means Committee said Tuesday it would release former President Donald Trump’s tax returns within days and asserted that the IRS failed to properly audit the former president’s taxes while he was in office.

The committee also released a report Tuesday that detailed six years’ worth of the former president’s tax returns, including his claims of massive annual losses that significantly reduced his tax burden.

Chairman Richard Neal and fellow Democrats said Tuesday that the records they obtained showed that the presidential audit program failed to work as intended. The Massachusetts Democrat charged that the required audit of Trump’s taxes “did not occur,” as his returns were only subjected to the mandatory audit once, in 2019, after Democrats inquired.

“The research that was done as it relates to the mandatory audit program was nonexistent,” Neal told reporters after the committee hearing.

The committee also released a supplemental report from the Joint Committee on Taxation that included details on Trump’s tax returns from 2015 to 2020, ahead of the planned release of the returns themselves.

Those underlying documents, however, will need to undergo significant redactions first.

The release of Trump’s tax returns marks the conclusion of a nearly four-year legal battle House Democrats waged against the former president after they took control of the House in 2019.

The audit program was important to Democrats because it was the justification they used to obtain the returns in the first place – but the Democratic pursuit was also tied in part to long-held suspicions about Trump’s taxes after he would not release his returns while running for president in 2016 or once in office.

The committee also made legislative recommendations to bolster the presidential audit program, including new requirements “for the mandatory examination of the President with disclosure of certain audit information and related returns in a timely manner.” House Speaker Nancy Pelosi announced Tuesday evening that the House would “move swiftly” to advance the legislation, even though Congress is days away from adjourning.

In a separate report, the Joint Committee on Taxation offered a summary of its review of tax returns between 2015 and 2020 for Trump and several of his businesses. The JCT noted in its report it had no investigatory power – it couldn’t demand documents from Trump or his businesses or interview IRS agents assigned to Trump’s audits – so the committee issued no opinion about whether Trump should have paid more or less taxes.

Evident in tax information broken out in the Joint Committee on Taxation report on Trump’s tax returns from 2015-2020 is Trump’s pattern – as previously shown by a New York Times investigation – of generating huge net operating losses and then carrying them forward for years afterward to zero out his tax liabilities. For instance, the JCT noted that Trump carried forward $105 million in losses on his 2015 return, $73 million in 2016, $45 million in 2017 and $23 million in 2018.

A spokesperson for Trump accused House Democrats of playing politics for moving to release his tax returns to the public.

“This unprecedented leak by lameduck Democrats is proof they are playing a political game they are losing,” said Trump spokesperson Steven Cheung.

The Ways and Means Committee report concluded that the IRS failed to audit Trump’s taxes as required under the mandatory presidential audit program. The report found that Trump was only audited one year from 2015-2020. “The Committee’s investigation revealed only one mandatory audit was started under the prior Administration and the program was otherwise dormant, at best,” the committee wrote in its 25-page report released Tuesday after the committee hearing.

The committee found that the IRS was under-resourced to handle the presidential audit program, recommending additional staffing including “two senior IRS agents, a partnership specialist, a foreign specialist, and a financial products specialist.”

Neal also wouldn’t say if he saw any red flags in Trump’s taxes – either on his business or personal filings. “I think we need to leave that to the tax folks,” he said.

“What became clear is that almost all those audits that the IRS is doing is not yet complete. So any characterizations of the returns themselves, you have to acknowledge, this is incomplete at this time,” Brady said.

The highly anticipated meeting, which began publicly but quickly entered into a closed, private session, was years in the making but comes as Democrats have just days to act on whether to release the former president’s tax returns. While there is historic precedent for Ways and Means to release confidential tax information, a decision to put it out to the public comes with intense political fallout as Trump has already declared he is running for president in 2024.

The committee has had access to Trump’s taxes for weeks after winning a lengthy legal battle that began in the spring of 2019. Neal requested the first six years of Trump’s taxes as well as tax returns for eight of his businesses back in April of 2019.

Brady, the panel’s top Republican, told reporters just before Tuesday’s meeting that releasing Trump’s tax returns would amount to “a dangerous new political weapon that reaches far beyond the former president and overturns decades of privacy protections for average Americans that have existed since the Watergate reform.”

“We are unified in our concern the Democrats may today move forward with unprecedented action that will jeopardize the right of every American to be protected from political targeting by Congress,” Brady said.

Democrats on the committee would rely on section 6103 of the tax code to lawfully release information about Trump’s taxes, but Republicans are prepared to argue that Democrats are abusing the provision, attacking a political enemy and potentially unleashing a system where even individuals could have their personal information exposed if they become targets of the committee.

The Joint Committee on Taxation also raised many questions about the validity of Trump’s claims in his tax returns.

In 2015, Trump claimed a $21.1 million deduction for donating 158 acres of his 212-acre property called Seven Springs in North Castle, New York. The donation is included in the Manhattan district attorney’s criminal investigation of the Trump Organization’s finances.

The report noted that an IRS agent assigned to audit Trump’s taxes suggested disallowing the entire $21.1 million deduction because Trump did not get a qualified appraisal for the land. The agent alternatively suggested reducing the value of the deduction by more than half and said the appraiser may be subject to a fine for potentially misstating the value of the land.

In 2016 and 2017, Trump claimed nearly $1.2 million and $1.9 million, respectively, in charitable contributions, the bulk of which were made in cash. Trump had no taxable income in either year, but he was able to carry forward the deduction to future years, further limiting the amount of federal income tax he had to pay. The JCT said the large cash contributions merited a review.

Trump had taxable income in 2018 and 2019 and reported cash donations of just over $500,000 each year. That means he was able to claim a charitable contribution deduction those years. The JCT suggested Trump should be asked to substantiate those large cash donations.

When Neal requested Trump’s tax information in 2019, he wasn’t the first chairman to use an arcane section of the tax code known as 6013 to glean confidential tax information. The same statute has been used a number of times by Ways and Means chairmen for investigations and the Joint Committee on Taxation also used the statute to obtain information about former President Richard Nixon’s taxes in the 1970s.

According to the House Ways and Means Committee, that information was requested and received without a legal fight. Nixon had voluntarily released some of his returns, but JCT requested additional returns using 6103, according to a House Ways and Means Committee memo released earlier this summer. Republicans have also used the 6103 statute. Back in 2014, Ways and Means Chairman Dave Camp led the committee in releasing confidential tax information to further the committee’s investigation into whether the IRS had unfairly targeted conservative organizations when deciding on groups to probe.

What the public could learn

While The New York Times obtained decades of Trump’s personal tax information back in 2020, Neal’s request could shed light on additional years of Trump’s finances and paint a picture of how the former president used his business entities and personal wealth in the years before and after becoming president.

Trump broke with tradition in 2016 by refusing to release any of his personal tax returns.

Democrats have long argued that Trump’s taxes could provide necessary information about whether the president had any entanglements that could impact his decision making as president. Democrats on the House Ways and Means Committee argued in court they needed Trump’s tax returns so they could understand better the presidential audit program, which is supposed to routinely audit the returns of every incoming president and vice president when they are elected.

Neal didn’t just request Trump’s raw tax return, however. Neal also requested administrative files and paperwork, items that could include IRS officials’ notes or audits of Trump’s returns. The information could paint a picture of what kind of scrutiny the IRS has pursued on Trump in the past and whether any of that scrutiny changed when he became president.

When the returns are made public, they could shed light on how wealthy Trump really is, how much he gave to charity and how much he paid in taxes. The New York Times report in 2020 made clear that Trump carried over business losses for years to legally be able to avoid paying taxes for many of those years, but Ways and Means will have access to some additional years of Trump taxes as well.