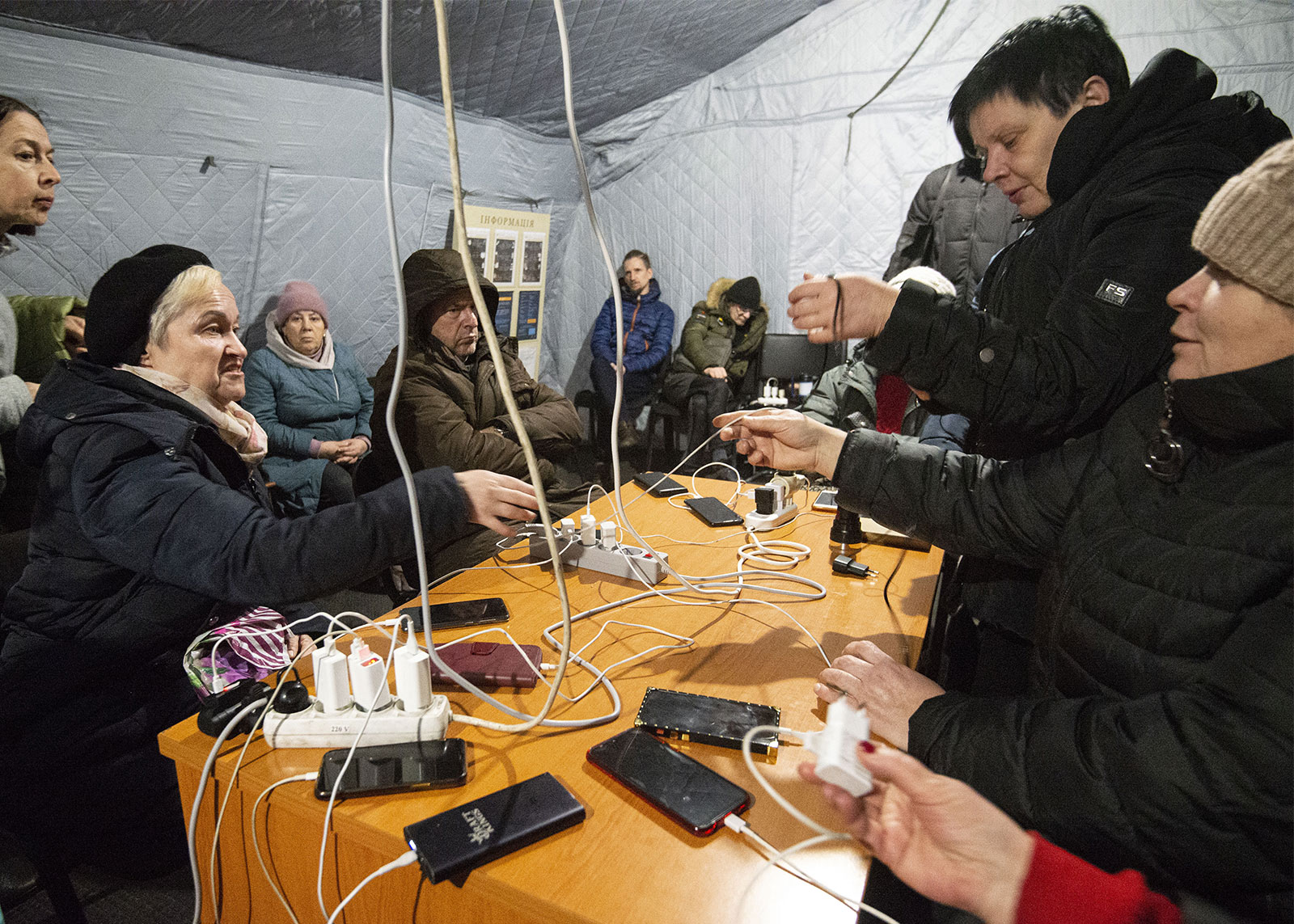 Heating has been fully restored in Kyiv Sunday, two days after a barrage of Russian missiles targeted the city.

“All heat supply sources are operating normally,” Mayor Vitali Klitschko said in a post on Telegram, adding that public utilities will work throughout Sunday on “individual buildings, where there may be minor heating problems.”

The broader Kyiv region, however, continues to grapple with electricity supply issues. More than 600,000 people, which is 50% of the region’s residents, are currently without power, the head of Kyiv’s regional military administration said on Ukrainian TV.

Crews restored power supply to the areas most affected by the shelling over the course of the last two days, said the official, Oleksiy Kuleba.

But “there are still several difficult areas where there is no electricity,” Kuleba continued, adding that the district of Bucha in particular is facing supply issues.

Across the region, 410 service centers, known as “invincibility points,” are now operating, where the region’s residents can charge their phones and receive hot drinks, Kuleba said. Sometimes over 100 people stay in one center.