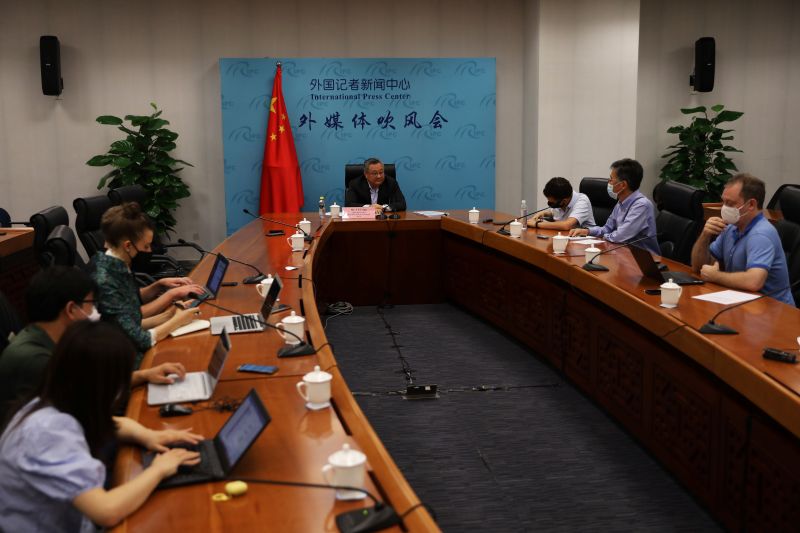 BEIJING (Reuters) -China criticised on Wednesday the U.S. “politicization” of efforts to trace the origin of the coronavirus, demanding a U.S. military laboratory be investigated, shortly before the release of a U.S. intelligence community report on the virus.

The U.S. report https://www.reuters.com/business/healthcare-pharmaceuticals/us-review-covids-china-origin-unlikely-solve-vexing-questions-2021-08-24 is intended to resolve disputes among intelligence agencies considering different theories about how the coronavirus emerged, including a once-dismissed theory about a Chinese laboratory accident.

A White House official said on Wednesday that President Joe Biden had been briefed on the classified report. “We look forward to having an unclassified summary of key judgments to share soon,” the official said.

U.S. officials say they did not expect the review to lead to firm conclusions after China stymied earlier international efforts to gather key information on the ground.

China has said a laboratory leak was highly unlikely, and it has ridiculed a theory that coronavirus escaped from a lab in Wuhan, the city where COVID-19 infections emerged in late 2019, setting off the pandemic.

China has instead suggested https://www.reuters.com/article/china-diplomacy/analysis-china-pushback-on-covid-19-rights-trumps-push-for-better-relations-with-west-idUSL4N2OV1TJ that the virus slipped out of a lab at the Army’s Fort Detrick base in Maryland in 2019.

“It is only fair that if the U.S. insists that this is a valid hypothesis, they should do their turn and invite the investigation into their labs,” said Fu.

On Tuesday, China’s envoy to the United Nations asked the head of the World Health Organization for an investigation into U.S. labs.

A joint WHO-Chinese team visited the Wuhan Institute of Virology but the United States said it had concerns about the access granted to the investigation.

When asked if China would stop talking about the Fort Detrick laboratory if the U.S. report concluded the virus did not leak from a Chinese lab, Fu said: “That is a hypothetical question, you need to ask the U.S.”

Fu said China was not engaged in a disinformation campaign.