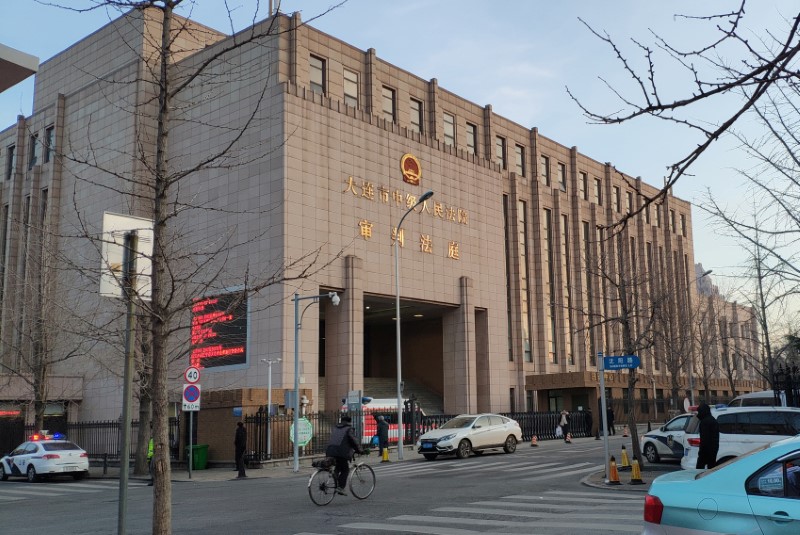 FILE PHOTO: A general view of the Intermediate People’s Court of Dalian, where the trial for Robert Lloyd Schellenberg, a Canadian citizen on drug smuggling charges, will be held, in Liaoning province, China January 14, 2019. REUTERS/Stringer

BEIJING/OTTAWA (Reuters) – A Chinese court upheld on Tuesday a Canadian man’s death sentence for drug smuggling a day before another court is due to rule on the case of another Canadian accused of spying.

The court proceedings for the two Canadians come as lawyers in Canada representing the detained chief financial officer of telecoms giant Huawei make a final push to convince a court there not to extradite her to the United States, where she faces charges linked to violating sanctions.

Robert Schellenberg was arrested for drug smuggling in 2014 and jailed for 15 years in late 2018.

He appealed but a court in the city of Dalian sentenced him to death in January 2019, a month after Huawei executive Meng Wanzhou was arrested at Vancouver International Airport on a warrant from the United States, charged with misleading HSBC Holdings PLC about Huawei’s business dealings in Iran, potentially causing the bank to violate American economic sanctions.

Meng, who has said she is innocent, has been fighting her extradition from under house arrest in Vancouver.

The High Court in the northeast province of Liaoning heard Schellenberg’s appeal against the death sentence in May last year and confirmed the verdict on Tuesday.

Speaking to reporters by telephone after attending the hearing, Canada’s ambassador to China, Dominic Barton, condemned the decision and called for China to grant clemency.

“It is not a coincidence that these are happening right now, while the case is going on in Vancouver,” Barton said, referring to Schellenberg’s case and that of another Canadian, Michael Spavor.

China has rejected the suggestion the cases of the Canadians in China are linked to Meng’s case in Canada though China has warned of unspecified consequences unless Meng was released.

The Chinese foreign ministry did not immediately respond to a request for comment.

Businessman Spavor was detained in China days Meng’s arrest in Vancouver. He charged with espionage in June last year and went to trial in March.

Barton said a court in the northeastern city of Dandong, on a river bordering North Korea, is expected to announce a verdict on Spavor on Wednesday.

Another Canadian, former diplomat Michael Kovrig, was also arrested in China days after Meng’s arrest and charged with espionage. His trial was conducted in March. His embassy had no news about when he would be sentenced.

Chinese courts have a conviction rate of more than 99%.

Some observers have said the likely convictions of both Spavor and Kovrig could ultimately facilitate an agreement in which they are released and sent back to Canada. (This story refiles to correct Huawei code in paragraph 4)