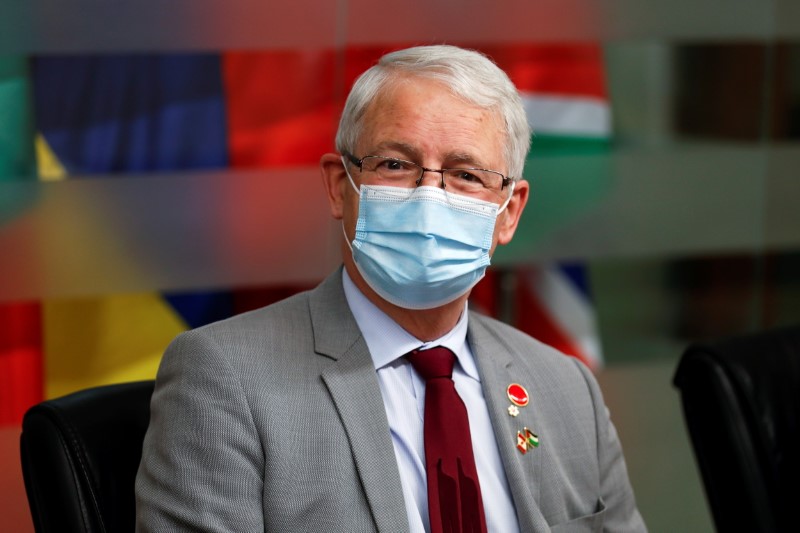 By David Ljunggren and Moira Warburton

OTTAWA/VANCOUVER (Reuters) – Canada condemned China on Wednesday for its treatment of two detained Canadian citizens, days ahead of the anticipated start of an election campaign in which opposition parties are expected to accuse the Liberal government of being soft on Beijing.

Earlier in the day, a Chinese court sentenced businessman Michael Spavor to 11 years in prison on spying charges.

Meng is fighting extradition and her case began committal hearings on Wednesday, the last judicial phase before going to Justice Minister David Lametti for his decision.

Ottawa says the cases of Meng and the two detained Canadians are clearly linked. China has consistently denied the charge.

“This decision in no way diminishes our resolve to secure the immediate release of Michael Spavor and Michael Kovrig … This has gone on too long,” Garneau told reporters.

Aides say Prime Minister Justin Trudeau, who took office in 2015, plans to call a federal election soon. His Liberal Party’s main opponent will be the Conservatives, who demand a tougher approach.

“Mr. Trudeau has been offside with respect to China for six years. A Conservative government will stand up for our values, our citizens and our security,” Conservative leader Erin O’Toole told reporters.

Canada is still talking to Washington and Beijing to secure the return of Spavor and Kovrig, who also faces spying charges, Garneau said.

A source directly familiar with the U.S. talks said they were focused on finding a solution to allow the two Michaels to be released and were being kept separate from the extradition case against Meng.

Garneau spoke with U.S. Secretary of State Antony Blinken on Tuesday about Spavor and Kovrig, the source said. The government says it will not agree to a deal to swap Meng for the Canadians, saying it cannot interfere in the judicial process.

Two senior Liberals, speaking on condition of anonymity, predicted that while the detainees might be a campaign issue, voters would focus on how the government had handled the COVID-19 pandemic.

Canadian government lawyers argued on Wednesday that the U.S. case was valid, emphasizing Meng’s alleged crime of lying to HSBC.

“I’m wondering whether it’s reasonable … to suppose that an international bank, with large numbers of people involved in risk committees and so forth, would rely on an assurance from one person about compliance by other companies not under Huawei’s direct control?” Holmes asked.

“When you send the CFO to the bankers to try and persuade them that there’s no risk, it certainly sends the message that you thought this was important enough that you went to the top,” Frater said.

Holmes was not satisfied and pressed the issue into the afternoon.

Once final arguments are over, the judge will decide whether to order Meng’s extradition, followed by Lametti’s determination. Both decisions can be appealed and legal experts say the case could take years to complete.