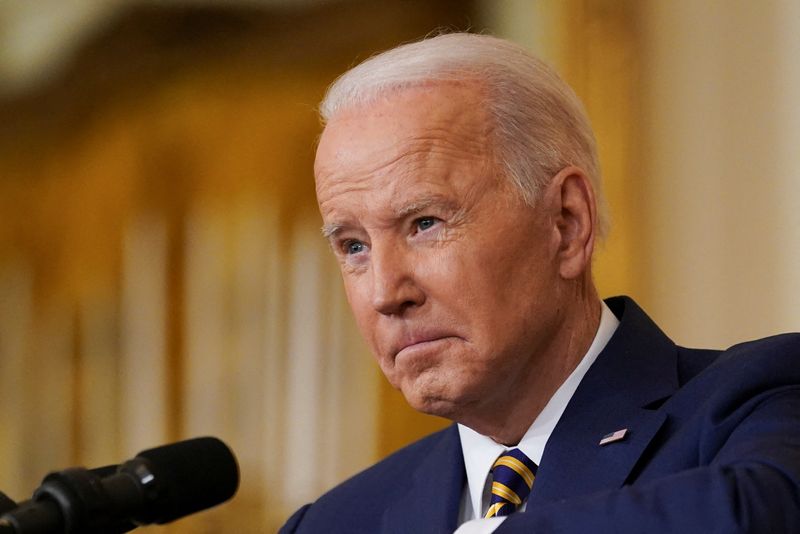 WASHINGTON (Reuters) – U.S. President Joe Biden and Japanese Prime Minister Fumio Kishida began a virtual summit on Friday at which they are expected to address pressing economic and security issues, including China’s growing might, North Korea’s missiles and Russia’s aims in Ukraine.

The online meeting will be their first substantial talks since Kishida became Japanese prime minister in October and will build on this month’s so-called “two-plus-two” discussions at which defense and foreign ministers from the long-time allies pledged increased cooperation against efforts to destabilize the Indo-Pacific region.

U.S. national security adviser Jake Sullivan and his Japanese counterpart Akiba Takeo set the agenda on Thursday when they spoke about their respective approaches to North Korea, China and economic issues in the Indo-Pacific, the White House said.

North Korea fired tactical guided missiles this week in its latest of a series of missile and warned on Thursday it might rethink a moratorium on nuclear and missile tests.

The White House has said the leaders will discuss economic and security matters, emerging technology, cybersecurity, climate change and other bilateral issues.

Japan’s Kyodo news agency cited a Japan government official as saying that the summit will initiate a new “two-plus-two” dialogue that will cover economic and diplomatic issues.

The Biden administration has been criticized for lacking a solid economic pillar to its strategy for Asia after former President Donald Trump quit a regional trade framework now known as CPTPP in 2017.

A senior U.S. policy official for China said on Wednesday that Washington aims to establish “common goals” on economic cooperation with Indo-Pacific countries in early 2022.

White House press secretary Jen Psaki told reporters on Thursday the aim of the meeting was “to further strengthen the U.S.-Japan alliance” and ensure “a free and open Indo-Pacific” – language used to describe U.S. efforts to push back against China.

The talks follow other security-related meetings involving Indo-Pacific leaders – two-plus-two talks between Japan and France on Thursday and between Australian and British foreign and defense ministers on Friday.

China has stepped up military and diplomatic pressure to assert its sovereignty over Taiwan, which it claims as its own.

Japan will beef up its defenses of islands near Taiwan, Kishida said this week, following a promise in October to revise security strategy so as to consider “all options, including possession of so-called enemy-strike capabilities”.

Messaging on China becomes all the more important as Biden and Kishida both face elections this year, for Japan’s upper house of parliament in July and the U.S. midterm congressional elections in November.