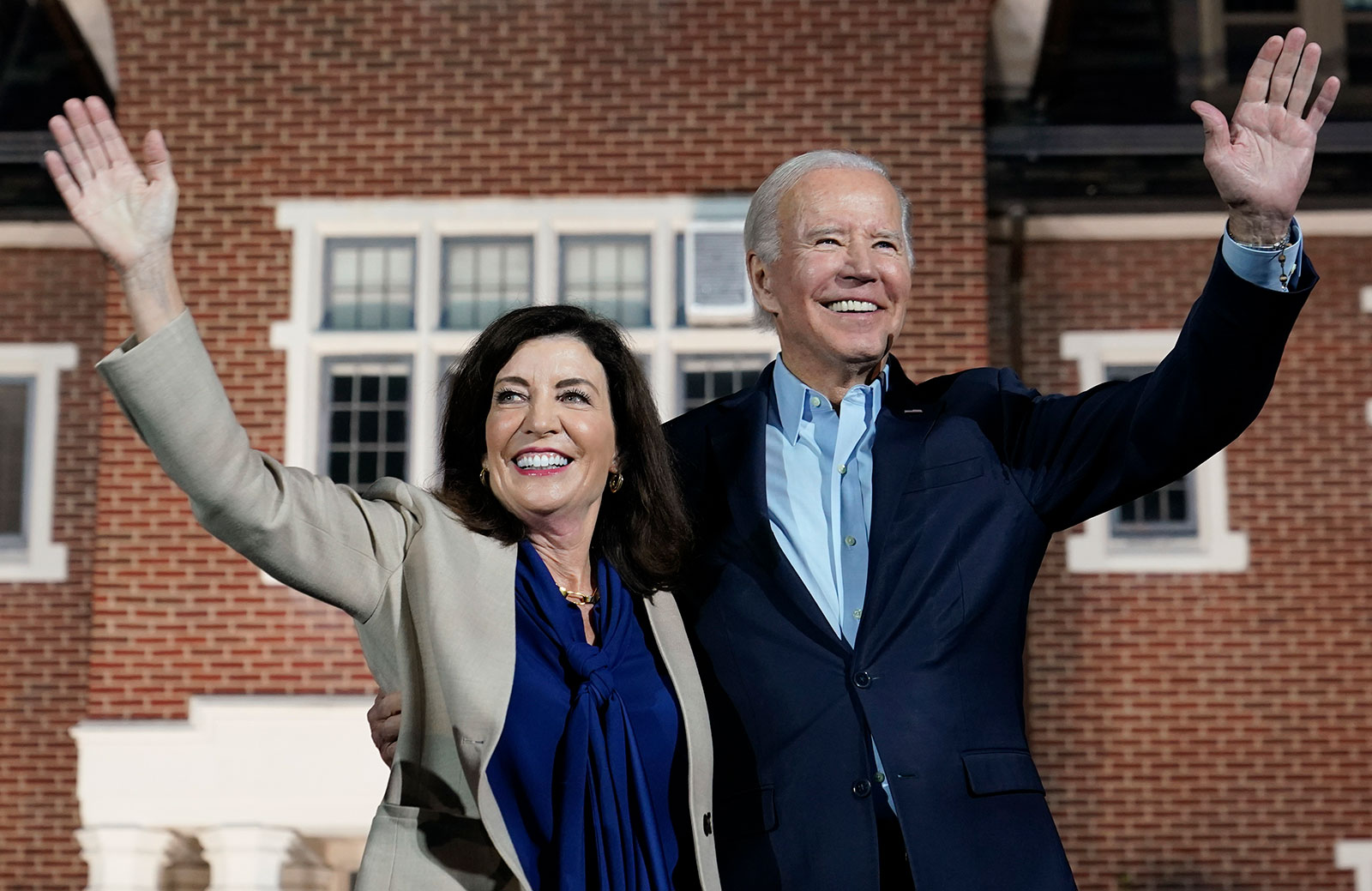 Hochul, who ascended to become the state’s first woman governor in August 2021 following then-Gov. Andrew Cuomo’s resignation, is locked in a tight race with Republican challenger Lee Zeldin, a congressman from Long Island.

“We all know it in our bones that our democracy is at risk,” Biden said. “If you all show up and vote, democracy is sustained.”

Biden sought to sharpen the contrast between Hochul and Zeldin on several other fronts as well, highlighting Hochul’s “immediate action to protect patients” in the wake of the Dobbs decision overturning Roe v. Wade and painting Zeldin as “all talk” when it comes to combatting crime – an issue that has loomed large in this race.

Biden’s visit to stump for Hochul and other high profile Democrats’ recent rallies for the party’s candidates up and down the ticket underscore the worries among Democratic leaders that a potential GOP wave could extend deep into what’s been one of the country’s bluest states. No Republican has won statewide here since George Pataki secured a third term as governor in 2002. 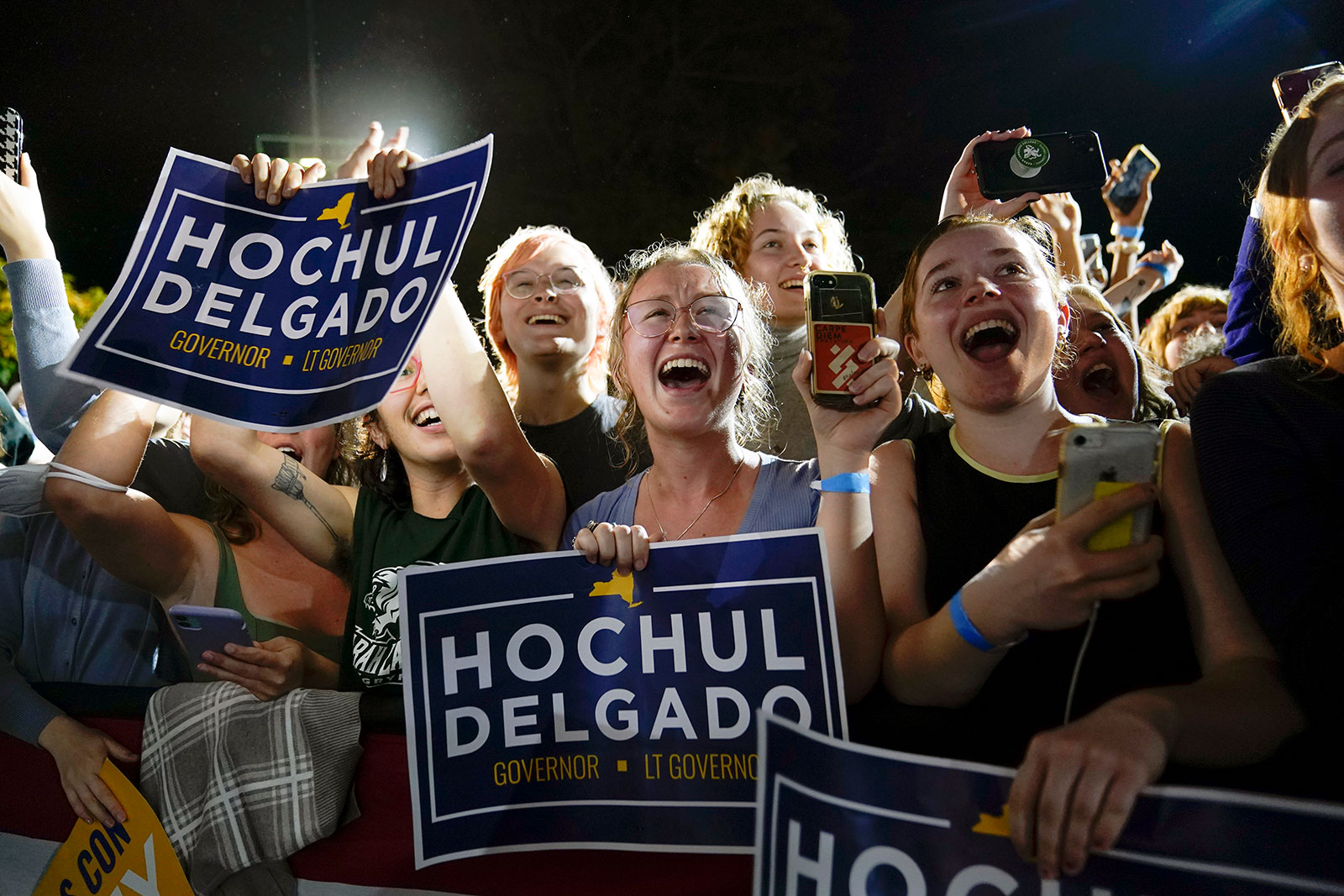 In remarks introducing Biden on Sunday, Hochul addressed questions about why she and other candidates need late-campaign boosts from the President.