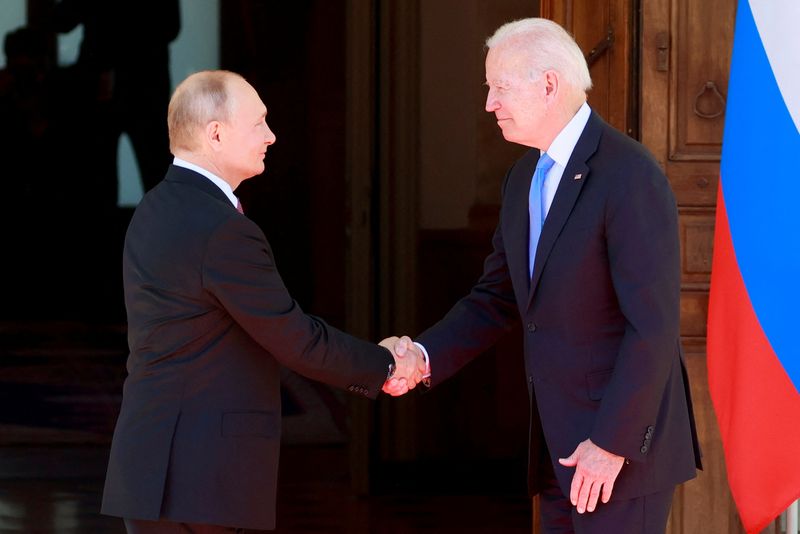 By Trevor Hunnicutt and Andrea Shalal

Biden and Putin will discuss a range of topics, including upcoming security talks between the countries, National Security Council spokesperson Emily Horne said in a statement.

Horne said Biden had spoken with leaders across Europe about the situation on the Ukraine border, while Biden administration officials were in touch with NATO, the European Union and the Organization for Security and Cooperation in Europe.

Moscow has alarmed the West by massing tens of thousands of troops near Ukraine in the past two months, following its seizure of Ukraine’s Crimea peninsula in 2014 and its backing of separatists fighting Kyiv troops in eastern Ukraine.

Russia denies planning to attack Ukraine and says it has the right to move its troops on its own soil as it likes.

Moscow, worried by what it says is the West’s re-arming of Ukraine, has said it wants legally-binding guarantees NATO will not expand further eastwards, and that certain offensive weapons will not be deployed to Ukraine or other neighboring countries.

U.S. concerns have not ebbed in recent weeks, according to a senior Biden administration official.

“We are at a moment of crisis and have been for some weeks now given the Russian build-up, and it will take a high level of engagement to address this and to find a path of de-escalation,” said the official, who declined to be named.

Biden is likely to reiterate during the call that the United States will take swift economic action against Russia in the case of an invasion. They will also reinforce the North Atlantic Treaty Organization in such a case. But the U.S. president has been pushing diplomacy as an alternative.

The Biden administration has been in deep talks with Ukraine as well as a host of NATO allies, including those bordering Russia, according to Horne, the White House spokesperson. Biden will likely speak with Ukraine’s President Volodymyr Zelenskiy soon, an official said.

U.S. Secretary of State Antony Blinken spoke with the Ukrainian leader on Wednesday and expressed “unwavering support for Ukraine’s independence,” according to a spokesperson.

Biden on Tuesday said “we’ll see” when asked if he would meet Putin on Jan. 10, the same day U.S. and Russian officials are due to hold security talks. Biden is not expected to attend those talks or meet with Putin that day, an official said.

The security talks, announced by the two countries this week, will include discussion about the rising tensions over Ukraine, which Putin has compared to the Cold War-era Cuban Missile Crisis in 1962.

He has issued a set of demands that Washington regards as non-starters, including restricting Ukraine’s entry into NATO.

Russia and NATO are also set to hold talks on Jan. 12, with a broader meeting including Moscow, Washington and other European countries slated for Jan. 13.

Conversations between Putin and Biden are likely to touch on other issues, too, including the ongoing talks with Iran over its nuclear program, a U.S. official said.