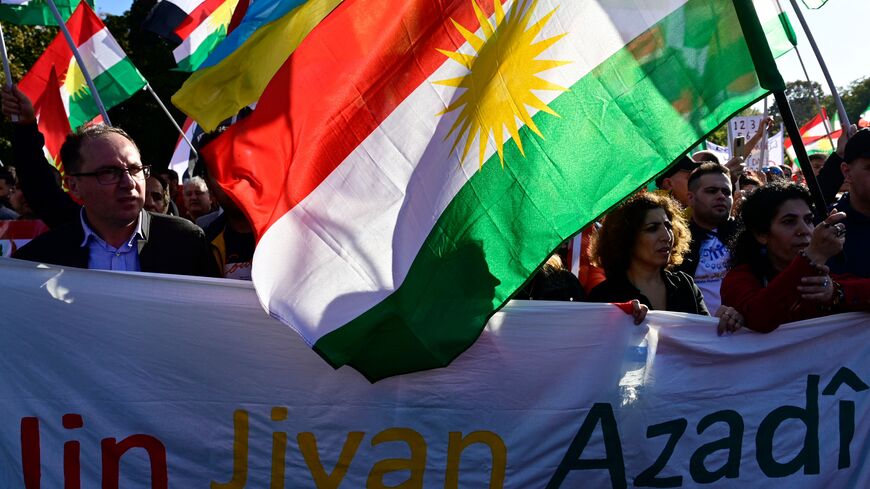 Share
Tweet
Share
Share
Email
Comments
Lethal force was used against mourners at funerals, women were tear-gassed at a crowded subway station, and more than two months of unrest in Iran appeared far from fizzling out.

Nearly 30 people were killed in less than 48 hours as Iranian cities witnessed a flare-up of anti-government protests, which have rocked the nation since mid-September when 22-year-old Mahsa Amini died in the custody of religious police.

Thursday’s violence was markedly widespread in the western Kurdish city of Boukan. According to footage and reporting by activists and media outlets, protesters who had gathered for the funeral of a 37-year-old identified as Mohammad Hassanzadeh came under attack by security forces.

“Women, life, freedom,” mourners chanted, cheering the victim’s father who in a speech praised Iranian women’s zeal and bravery. Women’s rights and defiance of Iran’s contentious hijab laws have played a central role in the protest movement, which has morphed into a wider push for the overthrow of the ruling establishment

Hours into the funeral, the city plunged into chaos with government forces opening fire and protesters storming the town hall and two other government buildings. At least one protester was reported to have been killed by live ammunition.

In the city of Sanandaj, thousands were rallying on their way back from memorials at a graveyard for four protesters killed back in October. “Death to [Ali] Khamenei,” the elderly father of one of the victims was shown chanting against Iran’s supreme leader in the rally.

From the same city, videos went viral of several vehicles in flames, with protesters claiming that they belonged to paramilitary Basij forces and local “informants.” The state-funded Tasnim News reported that a police officer had been “stabbed to death by the rioters,” while activists said two protesters were killed by security forces.

According to an account by the Oslo-based Hengaw rights advocacy group, at least nine protesters were killed in four Kurdish cities on Thursday and Wednesday alone.

The latest rallies held in nearly 20 cities nationwide were part of a new campaign calling for business strikes to be coupled with protests to intensify pressure on the government. High street business closures were reported in Tehran, Isfahan, Tabriz, Arak, Shiraz, Kermanshah, Kerman, Karaj and Mashhad, where state media said two Basij militia members had been killed.

Earlier on Wednesday, the southwestern city of Izeh also witnessed deadly clashes. Iranian authorities blamed the deaths of seven people, including that of a 10-year-old boy, on “a terrorist shooting.” The government-run IRNA news agency also published a statement it attributed to the Islamic State militant group before removing it a few hours later.

Rejecting the official narrative, activists accused the government of attempting to “fabricate” a pretext to link the protest movement to “terrorist” entities, thus evading responsibility for the killings.

Anger was also boiling on social media as videos exposed harsh crackdown measures, with an elderly woman apparently pushed down stairs and beaten up by security forces. Elsewhere, a group of women were screaming in distress after being tear-gassed and attacked with pellet guns inside a crowded subway station in Tehran, where they had been chanting “death against the dictator.”

In the latest demonstrations, several police force and Basij members were seen attacked by protesters, who have been promoting the notion of “legitimate defense” in response to the government crackdown. Government loyalists, on the other hand, intensified pressure for a “zero tolerance” policy, urging the use of live ammunition.

Government forces, according to the foreign-based Human Rights Activists News Agency, have killed at least 362 protesters, among them 56 children. The same source has documented the deaths of 46 police officers and Basij forces.

The hard-liners’ call for more repressive measures has also been translated in the form of judicial action. Iranian judges have already issued death penalties for at least five protesters. Amnesty International has warned that 16 more such verdicts are also in the making in “sham trials.”

The five confirmed rulings were issued after judges found the defendants guilty of “moharebah,” or war on God, based on accusations ranging from involvement in the deaths of officers to throwing rocks, closing roads and setting litter bins on fire.