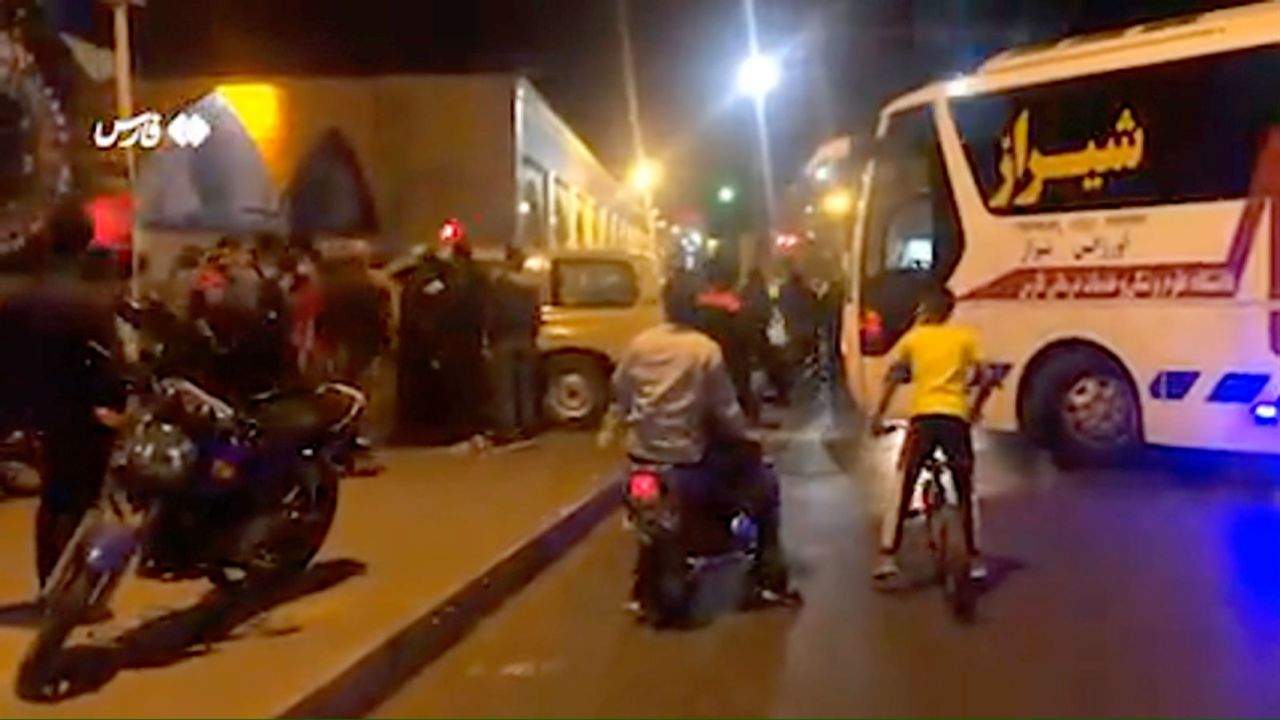 15 killed, 40 injured in terrorist attack claimed by ISIS in Iran

At least 15 people were killed and 40 others were injured Wednesday in a “terrorist attack” at the Shahcheragh Shrine in the city of Shiraz, southern Iran, according to state-run media and Iranian officials.

Two children were among the victims, according to state-run Press TV.

Iranian security forces have arrested two of the suspected attackers, and a manhunt is underway to capture a third, state news said.

The terror group ISIS has claimed responsibility for the attack, releasing a statement through its affiliated Amaq news agency that said one of its members had “targeted groups of Sunni refusal infidels inside the shrine with his machine gun, causing the death of tens of them.”

Wednesday evening is one of the busiest times for the shrine, reported the state-run IRNA, and eyewitnesses said an attacker was in a car before targeting worshippers at its entrance.

The governor of Fars province said that “the terrorist first targeted the servant and guard of the shrine, and intended to attack the congregational evening prayers, but one of the servants shut the door on him,” state news said quoting the governor.

“Loud screams were heard in the women’s section of the shrine at the time of adhan [the call for prayer] and suddenly an armed man was spotted with a Kalashnikov firing indiscriminately in the compound of the shrine,” an eyewitness told state media.

“After the initial burst of fire, the attacker went near the shrine and fired many rounds at those present at the scene,” the eyewitness added.

The attack took place on the same day that clashes broke out throughout Iran as thousands of people came to the burial site of Mahsa Amini in Saqqez, a city in the Kurdistan province, to mark 40 days since her death, semi-official Iranian state news agency ISNA said. It’s unclear if the attack was related to the protests.

Protests have swept through the Islamic Republic following the death of the 22-year-old Kurdish Iranian woman, who died on September 16 after being detained by “morality police” and taken to a “re-education center,” allegedly for not abiding by the country’s conservative dress code.