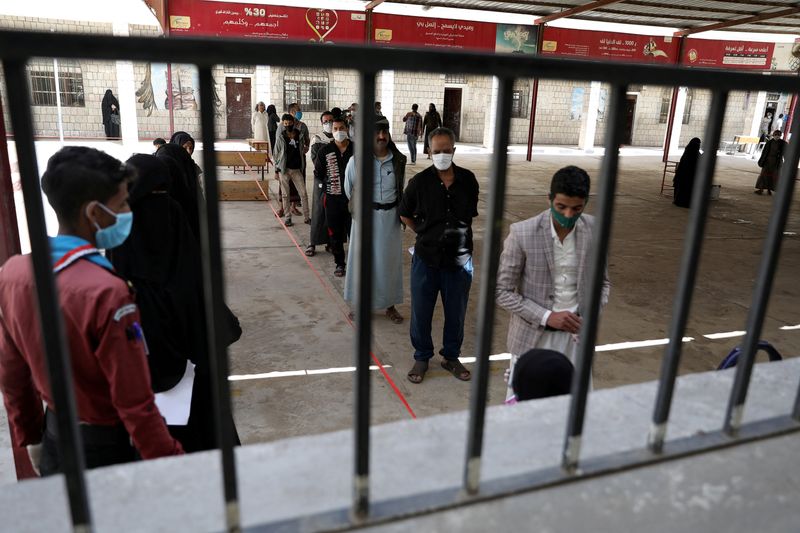 DUBAI (Reuters) – Yemenis face more cuts in humanitarian aid in coming months because of funding shortages that could reduce food rations in a country where millions face starvation, the United Nations aid chief warned, as the war sees its biggest escalation in years.

Martin Griffiths told the U.N. Security Council on Tuesday that by the end of January nearly two thirds of major U.N. aid programmes had already scaled back or closed.

“The humanitarian operation … is about to start doing a lot less,” Griffiths said. “Aid agencies are quickly running out of money, forcing them to slash life-saving programmes.”

The U.N.’s 2021 Humanitarian Response Plan received only 58% of the requested funds from donors, U.N. data shows. Competing demands on donors and concerns about aid obstruction in Yemen have contributed to the shortfall, although some donors did step up funds mid-2021 when warnings of famine escalated.

The nearly seven-year-old war between Yemen’s Iran-aligned Houthi group and a Saudi-led coalition, and ensuing economic collapse, have left 80% of Yemen’s population reliant on help.

The World Food Programme has since January reduced rations for 8 million of the 13 million people it feeds a month, and Griffiths said rations may be cut further from March, or stopped.

Efforts for a ceasefire stalled as the warring sides ramp up military operations and resist compromise. The Houthis want a coalition blockade on areas the group holds lifted ahead of any truce talks, while Riyadh wants a simultaneous deal.

“Trust is low and ending this war will require uncomfortable compromises which no warring party is currently willing to make,” Grundberg said.

The Saudi-led alliance intervened in Yemen in March 2015 after the Houthis ousted the government from the capital, Sanaa, in a conflict in which several Yemeni factions vie for power.