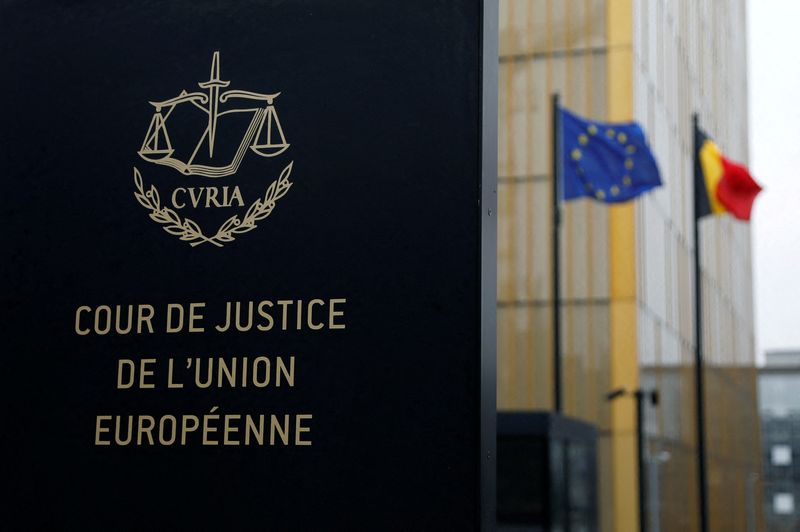 BRUSSELS (Reuters) -The European Union’s top court on Wednesday cleared the way for the bloc to potentially cut billions of euros in handouts to Poland and Hungary where populist rulers stand accused of violating democratic rights and freedoms.

There is no appeal against the ruling by the Luxembourg-based European Court of Justice, which dismissed challenges by Warsaw and Budapest against an new EU sanction that would halt funding to member countries which break European laws.

“Today’s judgements confirm that we are on the right track,” said European Commission President Ursula von der Leyen, announcing the Brussels-based EU executive would set out how it would proceed in the coming weeks.

At stake are hundreds of billions of euros of funds, the EU’s internal cohesion, and international standing.

The landmark ruling comes ahead of an April 3 national election in Hungary, the tightest race for Prime Minister Viktor Orban since his landslide victory in 2010.

Orban’s ruling Fidesz party, campaigning on a platform of anti-immigrant nationalism and economic populism, said the ruling was “political revenge” against Hungary meant to help an opposition alliance.

Justice Minister Judith Varga said the ruling was an example of Brussels abusing its powers against national member states.

Poland’s Deputy Justice Minister Sebastian Kaleta said: “We need to defend ourselves against an attack on our sovereignty, Poland has to defend its democracy against blackmail that aims to take away our right to decide about ourselves.”

Thirty-six billion euros ($41 billion) in pandemic recovery funds earmarked for Poland, and 7 billion euros for Hungary, are already frozen over their track record on democratic rights and values.

The so-called “conditionality mechanism” could affect any part of the EU budget, worth 1.8 trillion euros ($2 trillion) for 2021-27.

Poland has been a top beneficiary of EU funding since joining the bloc in 2004. EU aid has helped the largest ex-communist member state avoid recession in the global economic crisis and weather the economic fallout of the COVID pandemic.

Poland is eligible for more than 75 billion euros through 2027, including for climate, digitalisation and the health sector, areas where the country of 38 million people lags its peers.

“Hungary and Poland have been rapidly backsliding on media freedom, independence of judges, the right to protest, and other fundamental tenets of the rule of law,” said Amnesty International.

“Instead of trying to oppose EU funds being conditional on respect for the rule of law, they should respect people’s rights and clean up their act.”

European Parliament head, Roberta Metsola, pushed the Commission to act swiftly, her comments echoed by liberals and greens in the chamber.

EU officials told Reuters the bloc might move on Hungary first but that more political horse-trading was on the cards. That means any money would actually be forfeited late this year at the earliest, if at all.

Poland and Hungary have threatened to retaliate by stalling other EU decisions that require unanimity, including on climate and energy, as well as foreign policy.