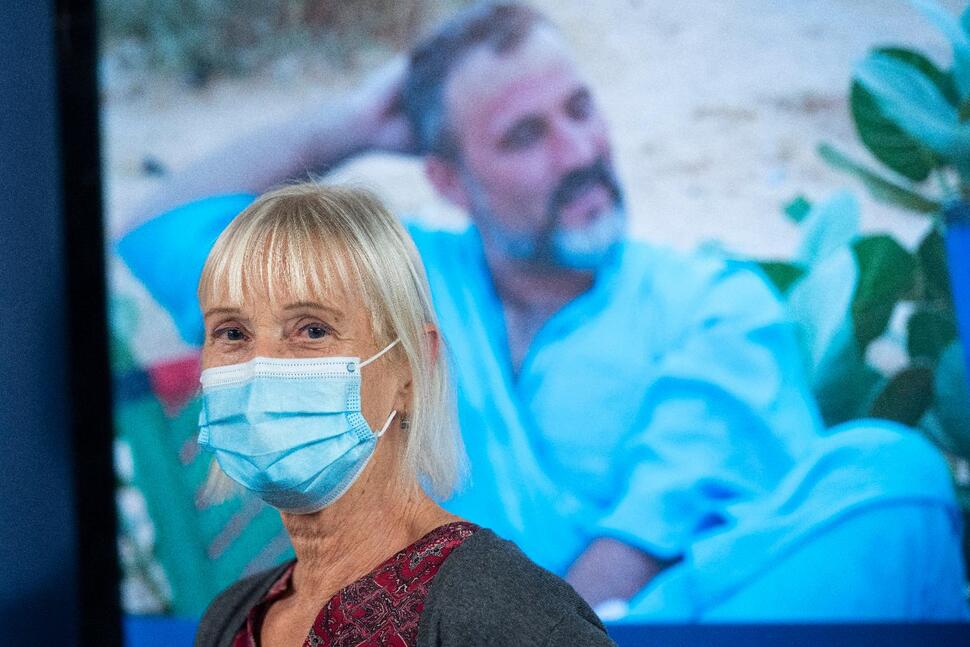 The wife of an American humanitarian worker who was kidnapped in Niger five years ago says her husband’s captors have made a multimillion-dollar ransom demand but that U.S. government “restrictions” have hindered her ability to raise the sum.

WASHINGTON (AP) — The wife of an American humanitarian worker who was kidnapped in Niger five years ago said Wednesday that her husband’s captors have made a multimillion-dollar ransom demand but U.S. government “restrictions” have hindered her ability to raise the sum.

Els Woodke said she believes her husband, Jeff Woodke, is in the custody of a West African affiliate of al-Qaida known as JNIM and that she received information indicating he was alive as of this summer. She said the group’s leader, Iyad Ag Ghali, has a history of negotiating for the release of hostages, and she pleaded directly with him on Wednesday to free her husband.

“You are the only one with the power to make that happen. Releasing Jeff will require compassion and mercy, but these are the characteristics of a strong and courageous leader,” Woodke said in remarks addressed to Ghali in English and French.

In her most extensive remarks yet about her husband’s ordeal, she also expressed her discontent with aspects of the U.S. government’s approach. She said she has been repeatedly told over the years that if she discloses details about her husband’s case, she will be cut off from receiving additional information.

She also said the captors have demanded a multimillion-dollar ransom, though precise sums have not been consistent and U.S. officials have not facilitated her efforts to pay.

“I have also had so many restrictions imposed by the U.S. government that any meaningful attempt to raise a ransom is effectively prohibited,” she said.

She said the restrictions have to do with the fact that “other governments are involved, though she declined to elaborate.”

The U.S. government does not encourage ransom payments in hostage cases but has also made clear that prosecutors are not interested in charging relatives who choose to make such payments. A U.S. official said in response to Woodke’s comments that though it is U.S. policy to deny hostage takers concessions, that stance “does not preclude the United States government from helping hostage families with private efforts to communicate with hostage takers.”

Woodke was kidnapped from his home in Abalak, Niger, in October 2016 by men who ambushed and killed his guards and forced him at gunpoint into their truck, where he was driven north toward Mali’s border. Though he was believed to have been abducted by a West African affiliate of the Islamic State, Woodke is now thought to be in Africa’s vast Sahel region and held by JNIM, according to his wife.

Els Woodke urged the government of Mali to make the release of her husband and other hostages held by JNIM a precondition of negotiations with the group. She also urged Secretary of State Antony Blinken to make good on his promise in February that he “would not take any options off the table” in her husband’s case.

She said that based on information she received from the government and “other sources,” she believes that Jeff Woodke was alive at least as of this summer.

Plus, she added, he is well-known in the region.

“If he would have died, I am sure that would not have gone unnoticed. That news would have been passed on. That is for me an even stronger indication” that he is still alive.