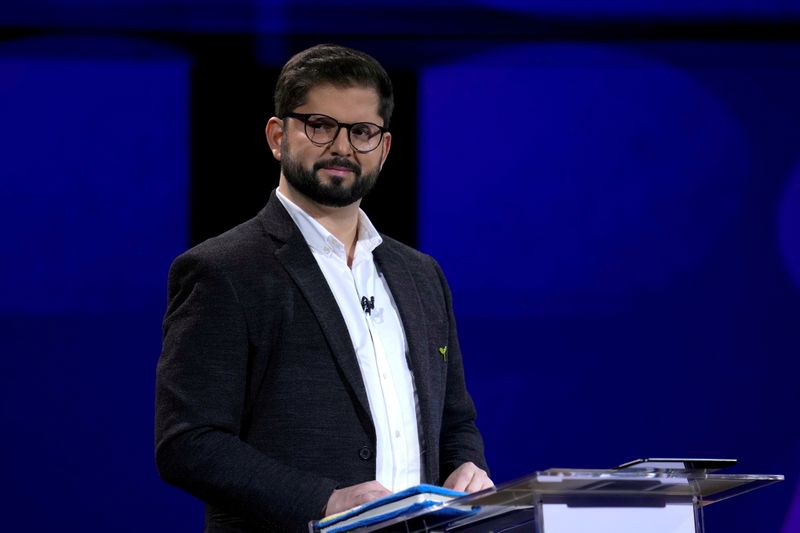 SANTIAGO (Reuters) – Chile, stretching along the copper-rich Andean mountains down South America’s Pacific coast, has something of a reputation among its neighbors: steady and almost staid in a region embroiled in regular political upheaval and economic crises.

That identity is now at stake as the country heads for a polarized election on Sunday with candidates on the far-right and hard-left leading in the polls, driven by voters who have been demanding change since widespread protests two years ago and could now force Chile’s sharpest political shift in decades.

In the last 30 years, since returning to democracy after the military dictatorship of Augusto Pinochet, moderate political parties on the right and left have overseen Chile’s fast growth and pushed the country to become a regional role model.

Now, the favorites to be Chile’s next president are Jose Antonio Kast, an ultra-right lawyer often compared to Brazilian leader Jair Bolsonaro, and leftist lawmaker and former protest leader Gabriel Boric, who has allied with the Communist Party.

“It represents the most significant shift in the political paradigm since 1990,” said Nicholas Watson, Latin America analyst for consultancy Teneo. Pollsters expect Kast and Boric will compete in a second-round run-off in December.

Both candidates represent a new political generation outside the mainstream, pulling away from what is known as the Concertacion coalition of center-left parties who steered Chile for decades and the current moderate coalition on the center-right.

Boric wants to “bury” Chile’s neoliberal model while Kast, who has praised Pinochet’s economic legacy and once joked the former dictator would vote for him if still alive, wants to reduce the size of the state and lower taxes.

“There is a rupture going on,” said political analyst Cristobal Bellolio, adding that it stemmed from the months of angry social protests that broke out in 2019 and sparked off a process of redrafting Chile’s Pinochet-era Constitution.

“This is challenging the official story of progress that Chile told itself and told to the rest of the world.”

In Latin America, Chile stands out.

World Bank indicators of rule of law, regulation, governance and political stability, show Chile far outstripping its big regional neighbors in Brazil, Argentina, Colombia and Peru. It’s one of the region’s few OECD members and an icon of free trade.

Its economic model, rooted in the neoliberal market-friendly policies of the so-called ‘Chicago Boys’ economists under Pinochet in the 1970s-80s has been copied by others, hoping to emulate its rapid and stable economic growth story.

Critics of its model, however, say that the growth was not evenly distributed, creating a small wealthy business elite towering above normal Chileans who faced high costs of privatized healthcare and education and meager pensions.

“Chile urgently needs change today,” said Luz Vergara, 37, an assistant at an engineering company in Santiago who plans to vote for Kast. “While no candidate represents me 100%, Kast gives me some security.”

More mainstream candidates, such as Yasna Provoste on the center-left and Sebastian Sichel on the moderate right have been squeezed out by voters looking for more radical answers.

The challenges won’t be easy: lowering inequality, calming protests in capital Santiago and clashes with indigenous groups in the country’s south, contentious pension withdrawals and overseeing the process of agreeing on a new Constitution.

That document – as well as the political shifts – could radically alter how Chile is perceived, analysts say, with investors watching what happens with private property laws, the autonomy of the central bank and fiscal policy.

Romina Aliaga, a 28-year-old environmental engineer said that she was voting for leftist Boric because the country needed major social change to move beyond its conservative past.

“His program is aligned with the improvements we need as a country, to be able to move forward and not go backwards on issues such as environmental policies, gender equality, and abortion,” she said. “These are issues that interest me a lot.”