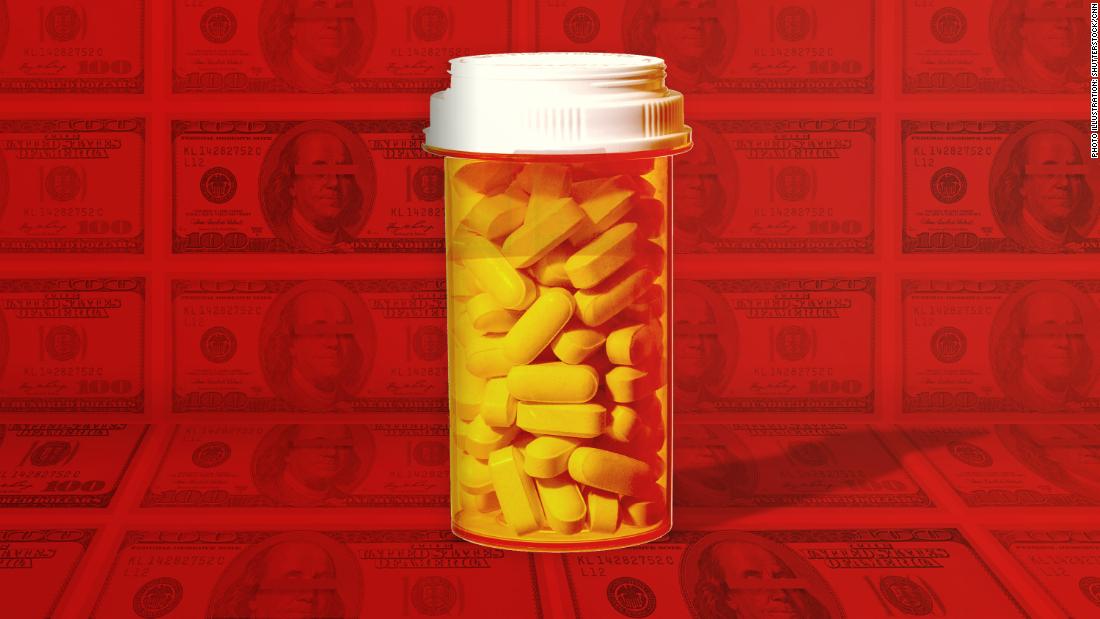 The measure is a key pillar of the White House’s plan to lower prescription drug prices that was released Thursday and comes as the House starts tackling the issue as it crafts a $3.5 trillion budget reconciliation plan.
The Senate Budget Committee last month recommended that the plan, which would not need Republican support if it is passed through reconciliation, reduce drug costs for patients.
The high cost of drugs is one of Americans’ chief health care headaches, but it has long eluded the efforts of lawmakers from both parties to address it amid pressure from the powerful pharmaceutical industry.
Already, the industry’s chief lobbyist, PhRMA, is warning that allowing the government to set prices would harm patient access to medication, innovation and the economy. Republican lawmakers have also long opposed allowing Medicare to negotiate drug prices.

What’s in the plan

The Biden administration blueprint cites a lack of competition as a chief factor behind high drug costs. It calls for legislative action to allow Medicare to negotiate prices for drugs administered in doctors’ offices, which are often very expensive, and purchased at the pharmacy. It would make those negotiated prices available to insurers and employers so Americans who get their coverage through their jobs or on the Affordable Care Act exchanges would also benefit.
“Life-saving prescription medication should not cost anyone their life savings. Yet too often, many low-income families cannot take their prescription medications because of cost concerns,” said Health and Human Services Secretary Xavier Becerra. “By promoting negotiation, competition and innovation in the health care industry, we will ensure cost fairness and protect access to care.”
The plan also backs Congress establishing a cap on what Medicare beneficiaries have to pay out-of-pocket for medication each year and devising efforts to slow price increases over time. And it calls for accelerating the development and use of generic and biosimilar drugs, including shortening manufacturers’ exclusivity period and increasing the prescribing of biosimilar medications by doctors.
In addition, it outlines what the administration can do without lawmakers’ approval, including working with states and Native American tribes to develop drug importation plans. Already, several states have started moving in this direction.
Other administrative measures include testing models that link payment to the clinical value of the drugs and that provide more cost-sharing support to low-income Medicare beneficiaries who use generic and biosimilar medication. Also the plan supports collecting data from insurers and pharmacy benefit managers to improve transparency about prices, rebates and out-of-pocket costs.
The plan stems from an executive order President Joe Biden signed in July asking Becerra to submit a report on combating high drug prices as part of a broader push to increase economic competition.
It’s no surprise that Biden approves of allowing Medicare to negotiate drug prices. He included it in his campaign platform and has signaled his support for that reform and others in recent months.
“The only thing Medicare is not allowed to negotiate are prices for prescription drugs,” Biden said in a speech last month. “My plan gets rid of that prohibition.”

Most, if not all, of the measures outlined in the administration’s plan have been floated before but have failed to cross the finish line.
The Trump administration also made reducing drug costs a priority, primarily pushing efforts to tie US prices to those in other countries, curb rebates paid to pharmacy benefit managers and allow the importation of medications from Canada. Biden officials are not pursuing the first two measures.
Members of both parties in Congress have unveiled drug pricing bills in recent years, but none have gained enough traction to pass both chambers.
After Democrats took control of the House in 2019, they passed a bill that would have empowered the Health and Human Services secretary to negotiate annually for the best prices on at least 50 costly brand-name drugs and up to 250 medications, including insulin. Prices would have been capped at 1.2 times their cost in certain other developed countries.
And it would have required drug companies to pay a rebate to the federal government if their prices increase faster than inflation. The plan would have impacted drug prices for all Americans, not just Medicare enrollees.
The legislation also would have capped seniors’ out-of-pocket costs on prescription medications at $2,000 per year.