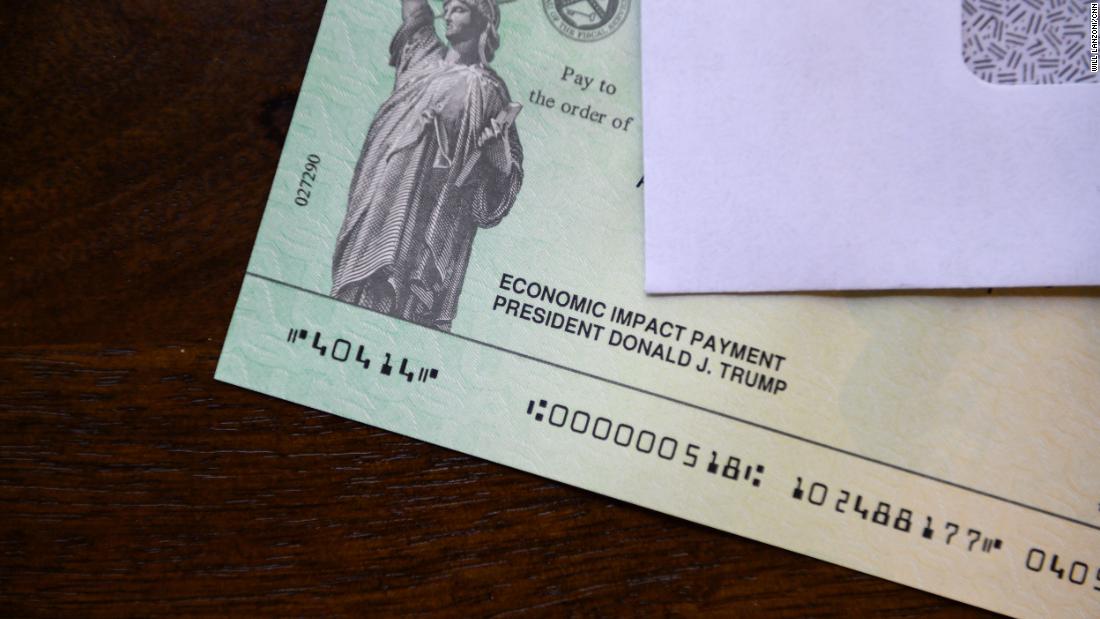 National Media Agency News | When will you get your stimulus payment?

The first payments started going out on December 29 and will continue to be sent through January 15. But anyone eligible who isn’t automatically sent the money by then will have to claim it on their 2020 tax return, according to the Internal Revenue Service.
Congress included the $600 payments in a sweeping pandemic aid bill passed just before Christmas. President Donald Trump stalled the bill, calling for $2,000 payments though he had largely left negotiations up to lawmakers and his Treasury Secretary Steven Mnuchin, then ultimately signed it into law after a week-long delay.
The money comes nearly eight months after the first round of stimulus payments, worth up to $1,200 per person, were sent as part of a larger coronavirus relief package passed last March. Many of the same people will receive the money again, but there are some small eligibility differences.

When and how will the money be sent?

Recipients may have seen a direct deposit pending in their bank account as early as December 29, but the funds became officially available January 4.
Paper checks or debit cards will be sent to those who don’t already have a bank account on file with the Internal Revenue Service. Checks also began going out last week.
Some people may not receive the money the same way as in the first round. If you received a preloaded debit card last year, the payment will not be added to that card. You’ll either receive a new card in the mail or a paper check.
The law requires the Internal Revenue Service to stop issuing the payments after January 15. Those not issued a payment by then will have wait to claim it on their 2020 tax return. The money will either increase your refund or reduce the taxes you owe. If the payment was sent to an old bank account, you will also have to wait to file your taxes in order to receive the money
People can check the status of both their first and second payments by using the Internal Revenue Service’s Get My Payment online tool.

Eligibility is largely based on income. Individuals earning less than $75,000 a year will receive the full $600. Heads of household earning less than $112,500 and married couples filing jointly earning less than $150,000 are also due the full amount. They will receive $600 per child under the age of 17, which is $100 more than in the first round.
The payments start phasing out for people making more money, at a rate of $5 per $100 of additional income. Some people who received the first payment may be phased out of the second round because the payments are smaller.
They will phase out entirely at $87,000 for single filers without children and $174,000 for those married filing jointly without children, according to an analysis by the Tax Foundation.
Undocumented immigrants who don’t have Social Security numbers remain ineligible for the payments. But in a change from the first round, their spouses and children are now eligible as long as they have Social Security numbers.
Those who are claimed as a dependent on someone else’s tax return, like some college students, remain ineligible.

Lost your job? You may be able to claim more money

Both the first and second round payments are based on 2019 adjust gross incomes. That means that someone who saw their income drastically fall in 2020 may be eligible for more money than they first received.
If that’s the case, they may claim a “Recovery Rebate Credit” on their 2020 tax return. The credit eligibility and the credit amount will be based on the 2020 tax year income, according to the Internal Revenue Service.
Those who may have earned more in 2020 than 2019 are not required to pay back money they have already received.
National Media Agency News | Apadana Media