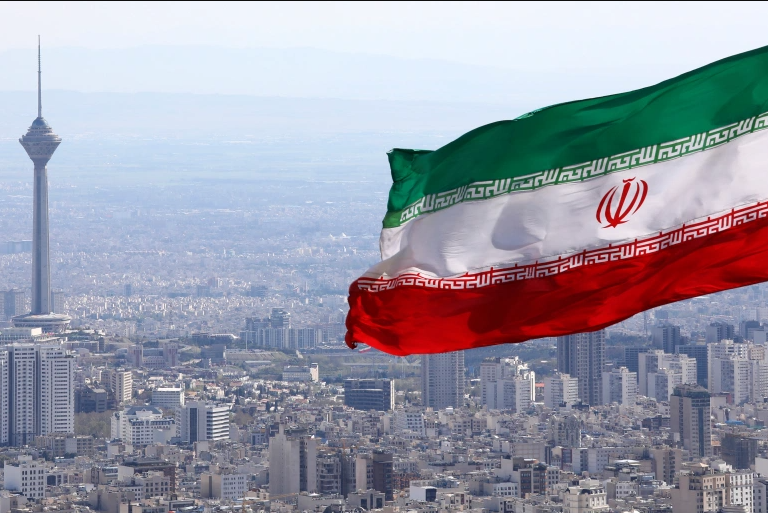 Iran’s next presidential election, scheduled for June 18, is fast approaching. And once again, Iranians in and out of their homeland are busy debating whether they should vote or not – whether voting would make any difference at all.

In the Islamic Republic, which is categorically undemocratic in its very constitutional foundations, there is an understandable apathy and mistrust in the whole idea of voting.

So what to do: Go and vote and thus implicitly legitimatise an undemocratic state or stay at home and expose its lack of legitimacy? That is the question.

An overwhelming majority of Iranians are not entirely content with either option – and, more importantly, cannot stand the forces advertising them.

On the one side, there is the ruling regime, which pretends to respect the Iranian people’s right to choose their leaders and encourages them to vote in its elections. But it also carefully vets all the candidates and allows only the ones who are loyal to the regime to run.

These two opposing forces have their respective resources and constituencies.

The ruling regime will most certainly mobilise its vast material wherewithal and propaganda machinery to make it seem like all is hunky-dory in the La La Land of the Islamic Republic and people are enthusiastically rushing to confirm their revolutionary trust in their militant rulers.

The opposing side, meanwhile, is trying to sell the idea that the entirety of people ruled by the Islamic Republic is ready to revolt and bring either Reza Pahlavi (monarchist) or Maryam Rajavi (occultist) to power. They have the Saudis, the Israelis, and American reactionary politicians, such as Rudy Giuliani, on their side.

‘A Plague on both your houses!’

In between these two fatal fictions stands the fate of some 80 million human beings who cannot stand either of these nefarious camps and wish them “a plague on both your houses!”

So, come the merry month of June, what would it mean if this silenced majority chooses to vote, or opts not to vote?

Perhaps it doesn’t really matter. Perhaps, not the fraudulent elections of the regime, and their results, but something entirely different guides the political process in Iran.

Indeed, if we look back at the Green Movement of 2009, the student-led uprising of 1999, the Reform movement of 1997, and even the upheaval that followed the 1980-1988 Iran-Iraq war, we can easily see that the Iranian people’s attempts to achieve sovereignty are not centred on the ballot box.

Since the very inception of the Islamic Republic, multiple layers of Iranian society have been opposed to its ideological machinations. This does not mean those who are in opposition to the regime are all secular in their moral imagination or liberal in their politics, or waiting for the US military to come and liberate them the way they have “liberated” Iraq or Afghanistan. It just means that they do not support the ruling theocracy. They think they deserve better. They do.

Some of these people vote in elections, and others choose not to. But the periodic rise and crescendo of voting in Iran does not point to an affirmation of the ruling regime’s authority and legitimacy. And a fall in voter turnout – as expected in the June election – does not signal a yearning for outside intervention.

The entire course of democratic uprisings in countries like Iran points to the emergence of the sovereignty of nations and not the legitimacy of states that lay false claims on them. The ruling states in Iran, Egypt, Syria, and a whole slew of other countries around them have long since lost any legitimate claim to representing the nations they systematically brutalise – whether they continue to stage fraudulent elections or not.

Sovereignty in this context is the inalienable authority of nations within their homeland. Here, sovereignty is not assigned to the state apparatus that falsely claims the ultimate authority. Here, sovereignty marks the authority of the nation over itself, self-authorising its own polity. The Islamic Republic claims de jure authority by its militant reading of Islamic law, to which it is of course juridically entitled, despite powerful objections from many leading Shia jurists.

But even if all Shia jurists on planet Earth were to get together and sign onto the categorically undemocratic “velayat-e faqih” (supreme authority of the jurisconsult) doctrine, still that claim to de jure authority does not translate to de facto legitimate authority when the nation itself is in a position to reject that authority. Predicated on the doctrinally undemocratic idea of velayat-e faqih, the Islamic Republic simply lacks the very institutional foregrounding of state legitimacy.

The entire apparatus of the Islamic Republic is therefore held together by multiple layers of security, intelligence, and military apparatus. Critical thinkers inside Iran refer to it as “dolat-e padegani” (garrison state). Ordinary and peaceful citizens of this misbegotten “Republic” cannot protest the illegitimacy of this regime. So every election the state stages to propagate as a sign of its own legitimacy, the nation uses for an entirely different purpose.  Whether they vote or not, they turn it into a carnivalesque occasion of dismantling the very reason of the ruling state.

You may ask how we know and where the barometer is of this critical national consciousness. The answer is very simple. The state itself offers it, for it is so conscious and nervous about its own illegitimacy that it views every single parliamentary or presidential election as a sign of its legitimacy.

Have you ever seen an election anywhere in the world with a claim on democracy where the election is seen as anything other than a contest between opposing political parties – say between the Democrats and the Republicans in the US, Labour and the Conservatives in the UK or the BJP and the Congress in India?

This is not the case in the Islamic Republic. The electoral successes and failures of the reformists, the moderates and the principalists in Iran are entirely tangential to the overarching anxieties of the Supreme Leader and his clerical fraternity club blowing the horn of state legitimacy before and after each election. It does not really matter which political faction of the selfsame ruling regime wins so far as the state can stage the spectacle of its anxiety-ridden legitimacy crisis.

The national elections are not between opposing political parties competing for the trust of citizens. They are between the systemically violated nation and the nakedly violent state. The louder the state propaganda machinery blows the horn of its legitimacy the more severe its crisis of legitimacy.

Democracy in a post-democratic world

But what exactly does democracy mean anyway if a racist charlatan like Donald Trump, a raving Islamophobe like Narendra Modi, a vulgar thug like Jair Bolsonaro, or a whole platoon of neo-fascist xenophobes across Europe are its crowning achievements?

As the US moves from the terror of Donald Trump and desperately tries to find some hope in Biden, the ruling Shia clergy in Iran is riding high on their militant claim to legitimacy that has eluded them from the very first day they thought they had an Islamic Republic to their name. So they rule with brutal and unrelenting illegitimacy – just as Sisi’s military junta does in Egypt, or the Assad regime does in Syria.

As the ruling regime inside Iran stages spectacles of democratic pantomime and feeds it to their tiresome newsfeeds and captured audiences, Iranians in and out of their country yawn and flip their remote controls to one or another satellite station the Saudis have financed and staffed with clean-shaven dudes and Barbie-like anchors to compete for their optical fantasies. For there is no business like the show business of democracy.