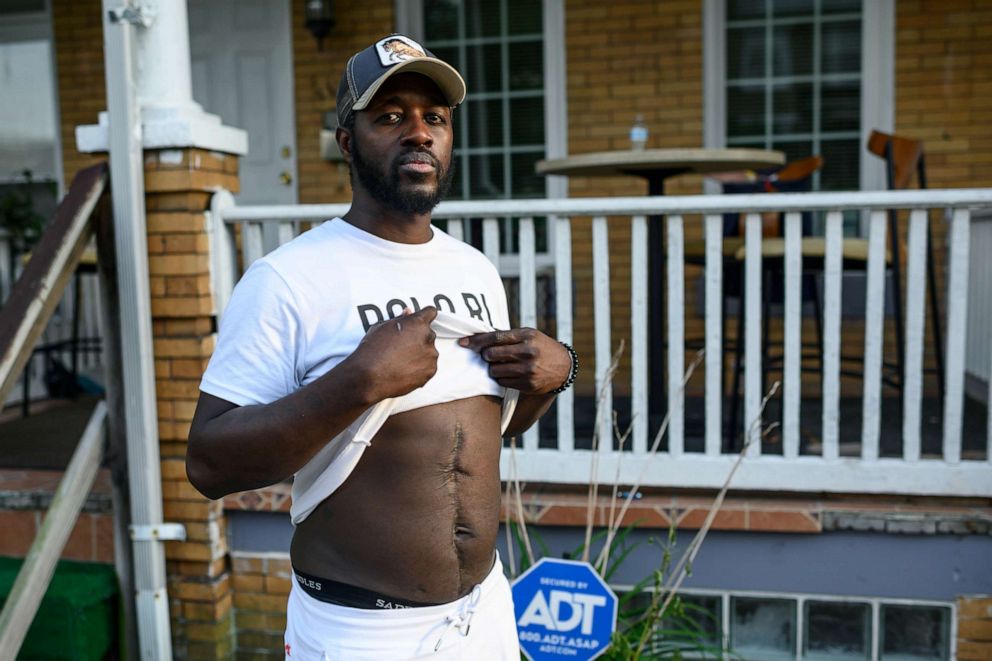 In the debate about gun violence, advocates on all sides cite many statistics.

One that is prominently mentioned is the number of gun deaths, more than 194,000 over the past five years, averaging about 39,000 deaths annually, according to the U.S. Centers for Disease Control and Prevention (CDC).

But the death toll – while gut-wrenching — only tells part of the story.

The true cost of gun violence is hard to quantify and its ripple effects extend through families and communities and over the course of generations in some cases.

But there are ways to illustrate at least some of the scope of the issue.

From hospital bills and lost wages to lost productivity, advocates estimate gun violence costs America almost $300 billion a year, according to research by government groups and activists who have collected and reviewed available public data.

And the CDC estimates that over 4.5 million years of potential life were lost between 2015 and 2019. That amounts to an average of more than two decades of life lost for each gun victim, years that could have been spent helping raise families, contributing to society and countless other ways, researchers said.

Carolyn L. Yocom, director of the U.S. Government Accountability Office’s health care team, told ABC News that gun violence costs in America haven’t been thoroughly analyzed because they haven’t been the top priority for policy makers who are looking for solutions to curb gun violence.

Yocom also noted that there has been little public or private funding to make such an annual cost analysis possible in the past.

Nonetheless, Yocom and other experts said public and non-profit groups have begun to crunch the numbers and demonstrate to the public just how detrimental gun violence is to their lives.

“When you think about the public health model and tracking problems, step one is measuring the impact,” Yocom said.

More than $1 billion is spent every year on emergency room visits and ambulance services and other immediate hospital care linked to shootings, according to a report released in June by the GAO, the first of its kind from the federal agency. The agency looked at data from hospitals in 2016 and 2017.

The GAO estimated that patients with Medicaid or other public health coverage accounted for over 60% of the costs annually during the two-year period, meaning the poorest Americans are bearing the brunt of gun violence.

Yocom, who authored the report, acknowledged that since this is one of the first studies that the federal government has done on the subject and it’s going to take more time to determine if these costs have grown over the decades or will rise more in the future.

But the initial medical bill is still just a tiny fraction of the overall costs, other researchers found.

“When you think about the public health model and tracking problems, step one is measuring the impact.”

Yocom said even the survivors of gun violence can often face crippling care-related costs not covered by their private or public insurance coverage, such as rehabilitation, medications and other medical tests.

“While not receiving needed services may minimize costs initially, the consequences of unmet health needs for firearm injury survivors may ultimately result in greater costs,” the report said.

Although the GAO report didn’t go beyond initial hospital costs, other researchers have used public data to calculate what they say is a more complete picture of the overall costs.

Adding it all up

Earlier this year, the non-profit group Everytown for Gun Safety, which advocates for gun control policies, used data from several sources, including the federal Healthcare Cost and Utilization Project and the CDC, for a more comprehensive study of what gun violence costs the U.S — $280 billion every year, it estimates.

According to the group’s report, short- and medium-term medical costs, including rehabilitation, follow-ups appointments and mental health services, averaged about $3.5 billion a year.

Everytown estimates that another $214 billion is lost annually from quality-of-life costs — jury awards, victim settlements — and approximately $51 billion is lost income. Businesses and organizations lose a half-billion dollars in revenue annually because of employees who were killed by gun violence, according to the report

Everytown’s analysis estimates that employers lose $1.4 million in productivity, revenue, and costs required to recruit and train replacements for victims of gun violence every day.

Then there is the amount spent on law enforcement and court costs — about $10 billion annually, according to the Everytown report.

This is not to mention the psychological costs, the mental toll it takes on family, community members and witnesses to the violence.

“Not every household has a gun, not every community is affected by violence, but the costs affect them,” said Sarah Burd-Sharps, director of research for Everytown. “We all bear a burden.”

Another way to calculate the cost of gun violence is in years of potential life lost [YPLL], or premature mortality, according to CDC calculations.

The formula assumes a person lives to be 65 and then calculates how many years on average are lost to premature death.

For gun violence deaths between 2015 and 2019, a total of 4,538,512 years of potential life were lost from 194,130 gun deaths, the CDC found. That is an average of 23.3 years lost for each gun death over the five years, the highest number for all causes of unnatural death, according to the agency.

The total number of years of potential life lost from all deaths not caused naturally or by disease was 21,797,198 for 1,195,943 incidents during those five years, the CDC data showed. That is an average of 18.2 potential years for each unnatural death, according to the agency.

The years of potential life lost for cancer deaths is about 15 and for auto accidents is about 22, CDC data shows.

Daniel Mosley, a clinical psychologist who’s studied gun violence, told ABC News that YPLL estimates deserve additional emphasis in the discussion about the impacts of gun violence. Framing the effects in the scope of a person missing out on the prime years of their life, and the years they can most contribute to society, opens up more impactful discussions, he said.

However the cost of gun violence is calculated, the toll of violence reverberates throughout communities, Mosley added.

“That has an added measure of, ‘Oh my’ when you show it to people,” Mosley said. “To me, the cost factor hits people at a different level about the impact on society as a whole. It can impact people’s decision-making and be more engaged than when they were before.”

Mosley said that while comparing shooting deaths to cancer deaths may seem a bit abstract, such research could lead to discussions on how to better prevent gun violence.

“For every person who is impacted,” he said, “It’s important to recognize that the layers of repercussions from an act, or acts, of gun violence spread out.”