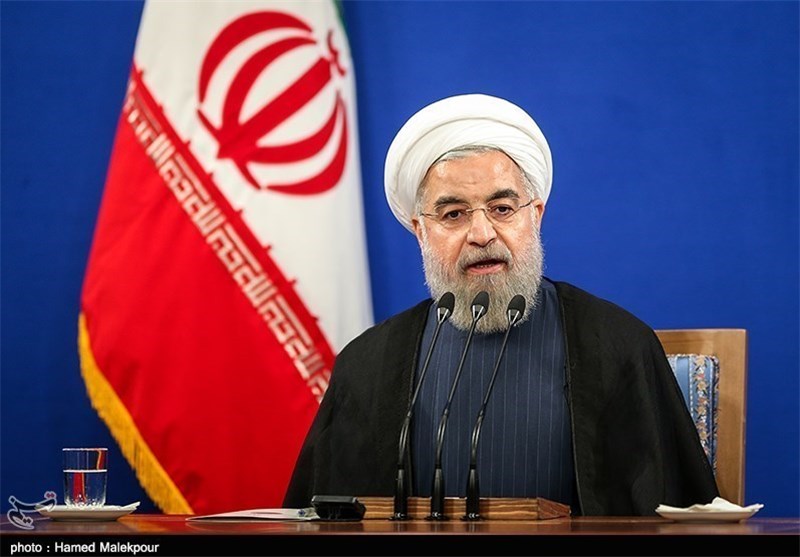 An ultimate triumph for Iran will take place at the conclusion of the ongoing Vienna talks about the 2015 nuclear deal, President Hassan Rouhani said.

Speaking at a cabinet session on Wednesday, Rouhani promised the Iranian nation that the Vienna negotiations over the JCPOA will end with a victory for Iran.

“We have made great strides today,” the president added, criticizing the parties that are uneasy about the nuclear negotiations in Vienna.

Rouhani said his administration has not held any negotiations from which it has not emerged victorious, no matter what the opponents intend.

“We want to resolve the problems with the exports and imports, while some may become upset. We want to have the sanctions terminated, but some are mourning,” he deplored, warning that prioritizing the party and faction’s interests over the national interests would be tantamount to treason against the nation.

Rouhani stated that one of the main achievements of his administration has been the US government’s acknowledgement that its policy of maximum pressure and economic war on Iran has been wrong and ended in failure.

This is a great victory for Iran that nearly all top US officials have conceded defeat, he added.

A new round of talks to revive the Joint Comprehensive Plan of Action has begun in Vienna on April 6 between Iran and the remaining members of the nuclear deal, namely the UK, France, Russia and China plus Germany.