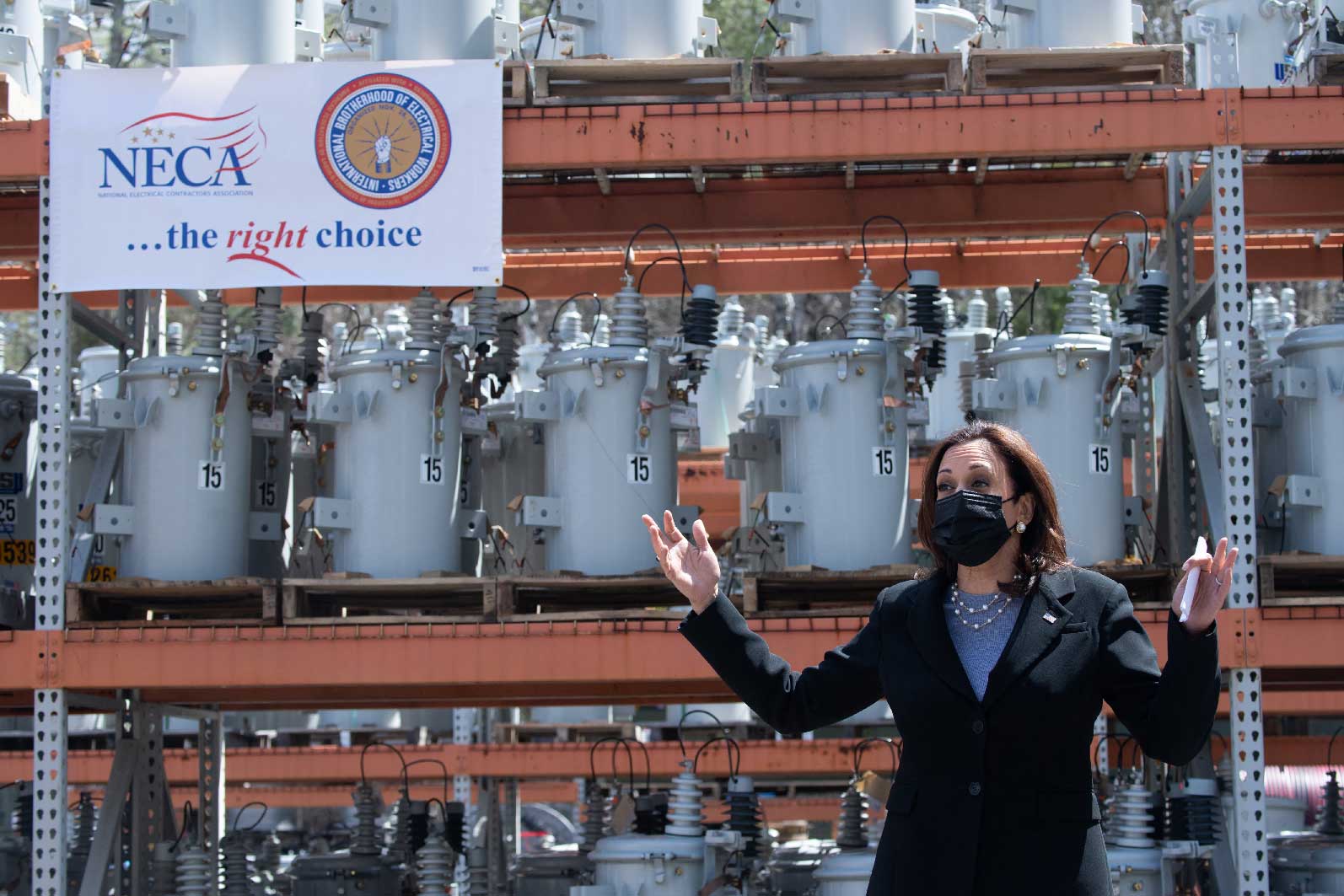 As the White House attempts to sell President Joe Biden’s multi-trillion-dollar rescue and recovery plans across the country, Vice President Kamala Harris is taking on a leading role as an ambassador to small businesses, particularly in underrepresented communities.

On Wednesday, she plans to meet with female-led small businesses in Rhode Island with Commerce Secretary Gina Raimondo to discuss what Harris has called the “national emergency” of women leaving the labor force.

Harris has held events with the Black Chamber of Commerce and spoken directly with community lenders who work with Native American tribes.

Behind the scenes, Harris has pushed the country’s biggest banks to get federal relief to the smallest players. Harris called J.P. Morgan Chase CEO Jamie Dimon and Bank of America CEO Brian Moynihan in February, urging them to ramp up Paycheck Protection Program loans and outreach to minority and low-income communities, according to a senior administration official.

“An important part of the solution to moving that needle was going to be working with JPM and working with BofA to help make sure they were getting the support they needed to drive those priorities,” the official told CNBC. “These are just going to be huge players in the PPP in terms of delivering on those goals just precisely because of the scale that they bring.”

A Bank of America spokesperson described the conversation as “productive.”

A representative from J.P. Morgan didn’t immediately respond to CNBC’s request for comment.

While J.P. Morgan has played a role in making government-backed loans to small business during the pandemic, Dimon is skeptical of the scale of Biden’s economic proposals.

On Tuesday, Dimon cautioned against excessive federal spending. Speaking at the WSJ CEO Council, he warned that the administration won’t fix the economy simply by throwing money at the problem and blamed government regulation for hampering growth.

And while a majority of small businesses support the administration’s infrastructure plan, according to the latest CNBC/SurveyMonkey poll, 59% don’t believe the corporate tax rate should be raised to pay for it.

The White House’s “Getting Back on Track Tour” this week is intended to help blunt those concerns. Harris is using her public appearances this week to showcase small business as not only part of the administration’s economic agenda, but also to reducing structural racial inequality that was laid bare during the pandemic.

“Recognizing that reaching low- and moderate-income communities, reaching sole proprietors, which are disproportionately in communities of color – this was about the survival for a lot of these businesses,” Michael Pyle, Harris’ chief economic advisor, told CNBC.

The public and private focus on small business is part of Harris’ attempt to define her own portfolio as the White House hopes to leverage Democratic control of Washington to pass a dizzying array of sweeping reforms: roughly $4 trillion in spending on infrastructure, childcare and education; overhauling the immigration system; voting rights; and addressing police misconduct.

Already, Biden has asked Harris to oversee diplomatic outreach surrounding the surge in border crossings and the quest for universal broadband. Pyle said that Harris’ focus on small businesses and lenders dates back to before she even took office: She helped secure $12 billion for community development financial institutions in the Covid relief package during negotiations with Republicans in December.

“Part of what Americans aspire to is charting their own course and control over their own destiny and the opportunity to build wealth and success. Small business is right at the heart of what that vision is,” Pyle said. “All too often, the process of starting a small business and getting the capital to start a small business hasn’t been there for a lot of underserved communities in this country.”

One of Harris’ longtime campaign advisors, Brian Brokaw, said her interest in the issue goes back even further. During her first elections in California, Harris would conduct “merchant walks” through immigrant neighborhoods in San Francisco, stopping in each shop to talk to the owners. As district attorney, and later state attorney general, Harris launched programs to help offenders re-enter the workforce.

“The best path out of a cycle of recidivism for a lot of these low-level offenders was to get them job training and skills so they can support themselves,” Brokaw said. “She’s always recognized the connection between smart criminal justice reform and economic policy.”